Michio Kaku: The Universe in a Nutshell 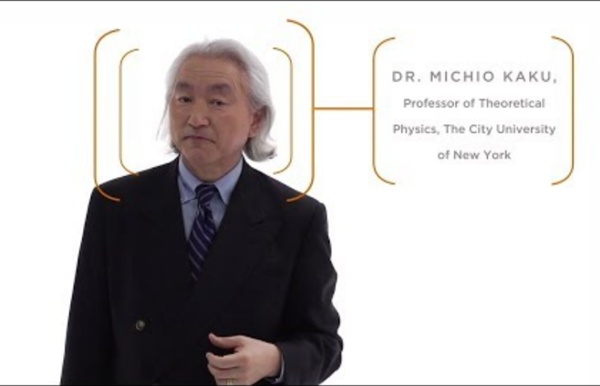 Our Exciting, Weird, and Scary Future: Q&A With Peter Diamandis Whenever the world seems hopeless, I find myself revisiting the 2012 don't-worry-it's-all-gonna-be-great TED talk from XPrize CEO Peter Diamandis (embedded below). Diamandis is a passionate proponent of "rational optimism," and uses cold hard data to demonstrate how humanity is improving its condition thanks to technology. In the decades to come—according to Diamandis—enhancements in things like artificial intelligence, genetic engineering, and robotics will lead us into strange, uncharted territories. Practical Physics This website is for teachers of physics in schools and colleges. It is a collection of experiments that demonstrate a wide range of physical concepts and processes. Some of the experiments can be used as starting-points for investigations or for enhancement activities. Many have links to carefully selected further reading and all include information and guidance for technicians.

Center for Brain and Cognition, UC San Diego - V.S. Ramachandran About V.S. Ramachandran V.S. Ramachandran is Director of the Center for Brain and Cognition and Distinguished Professor with the Psychology Department and Neurosciences Program at the University of California, San Diego, and Adjunct Professor of Biology at the Salk Institute. Ramachandran initially trained as a doctor (MBBS) at Stanley Medical College, Madras, India, and subsequently obtained a Ph.D. from Trinity College at the University of Cambridge. After that, he recieved an honorary FRCP; London (Fellow of the Royal College of Physicians) and two honorary doctorates (DSc; honorus causa).

What Ray Kurzweil Is Doing at Google 1. What Ray Kurzweil is doing at Google: teaching computers to read. "So IBM's Watson is a pretty weak reader on each page, but it read the 200m pages of Wikipedia. NASA Discovers Hidden Portals In Earth’s Magnetic Field Our planet has come a long way in scientific breakthroughs and discoveries. Mainstream science is beginning to discover new concepts of reality that have the potential to change our perception about our planet and the extraterrestrial environment that surrounds it forever. Star gates, wormholes, and portals have been the subject of conspiracy theories and theoretical physics for decades, but that is all coming to an end as we continue to grow in our understanding about the true nature of our reality. In physics, a wormhole was a hypothetical feature of space time that would be a shortcut through space-time.

Cosmic Inflation Explained Free excerpt from The PHD Movie 2! - Watch this free clip from the movie that Nature called "Astute, funny"! Watch the new movie! - The PHD Movie 2 screenings are in full swing! Check out the schedule to catch the screening nearest you. Summer Hiatus - PHD has been on Summer Hiatus while Jorge finishes the new PHD Movie. www.closertotruth Raymond "Ray" Kurzweil is an American author, inventor, futurist, and Director of Engineering at Google. Aside from futurology, he is involved in fields such as optical character recognition (OCR), text-to-speech synthesis, speech recognition technology, and electronic keyboard instruments. He is the author of several books on health, artificial intelligence (AI), transhumanism, the technological singularity, and futurism. Kurzweil is generally recognized as a public advocate for the futurist and transhumanist movements, due to his stances on life extension technologies, his efforts to forecast future advances in technology, and his interest in the concept of the technological singularity. At the same time, he has attracted significant criticism from scientists and thinkers.

Candler's Classroom Connections Sign Up "I have spent the past few days looking at your site and enjoying your past and current newsletters. I feel like a kid in a candy store! Thanks so much for your hard work and your effort!" ~ Leslie Nichols How to sign up for the free Candler's Classroom Connections To sign up for my free bi-weekly newsletters, complete the Sign Up Form. 10 Incredible Chemical Reaction GIFs Explained We encounter thousands of chemical reactions every day: plants use them in photosynthesis, metals rust over time, and combustion reactions provide us with heat and light, among thousands of other daily uses. Chemical reactions occur when reactants transform into new substances, called products, through creating and breaking bonds between atoms. Sometimes the process creates some pretty wild effects.

When will Singularity happen – and will it turn Earth into heaven or hell? Defined as the point where computers become more intelligent than humans and where human intelligence can be digitally stored, Singularity hasn't happened yet. First theorised by mathematician John von Neumann in the 1950s, the 'Singularitarian Immortalist' (and Director of Engineering at Google) Ray Kurzweil thinks that by 2045, machine intelligence will be infinitely more powerful than all human intelligence combined, and that technological development will be taken over by the machines. "There will be no distinction, post-Singularity, between human and machine or between physical and virtual reality," he writes in his book 'The Singularity Is Near'. But – 2045? Are we really that close?

Free Content Success Resources Check out this page for a sample of the best free resources I’ve developed to help you with your content branding and marketing online. Download Free Content Templates Get instant access to 5 easy to use plug and play article creation templates. Technology singularity - News & Rumors Posts Tagged «technology singularity» Elon Musk warns us that human-level AI is ‘potentially more dangerous than nukes’ August 4, 2014 at 8:39 amElon Musk, the mastermind behind SpaceX and Tesla, believes that artificial intelligence is “potentially more dangerous than nukes,” imploring all of humankind “to be super careful with AI,” unless we want the ultimate fate of humanity to closely resemble Judgment Day from Terminator. Personally I think Musk is being a little hyperbolic — after all, we’ve survived more than 60 years of the threat of thermonuclear mutually assured destruction — but still, it’s worth considering Musk’s words in greater detail. What is transhumanism, or, what does it mean to be human? April 1, 2013 at 1:25 pmWhat does it mean to be human?

Mobile Projectors: United States For over 50 years, 3M has continued to bring the world innovative products which enhance visual presentations within education, business, and consumer segments. We sincerely appreciate the continued support we receive from you. Over the past several years, we have seen rapid advancements in display technologies, opening up various technological opportunities for display enhancement and privacy filter solutions. At the same time have witnessed a shift from traditional projection solutions into an environment in which screen displays of all sizes have begun to rival the performance and cost of projection solutions. As this technology shift occurs, 3M continues to invest in display enhancement technologies that will create further opportunities within this growing space. 3M has discontinued the manufacturing of all projection models. Moving forward, 3M will no longer be selling projectors, however, warranty coverage for all projectors will be maintained without interruption.

Haha I did wonder too! Love listening to him. Just finishing that vid now by scottrbe Aug 16

Finally, the mystery is solved... his first name is pronounced Mit-chi-oo. (I always thought it was Mi-shi-oo). :-) Seriously though, it's a great vid. I especially liked the bit where he calls the standard model out for its ugliness... by betlamed Aug 16