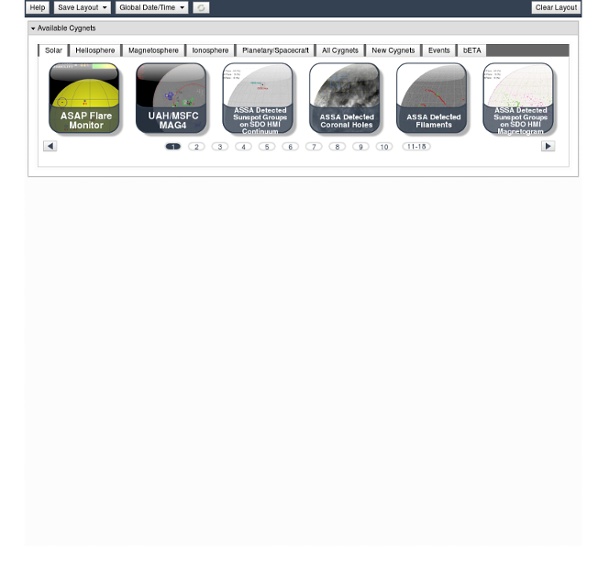 More Signs Of The Sun Slowing Down In my post from yesterday, I highlighted a paragraph from a NASA press release which touched on one of the final findings of the soon to be ended Ulysses spacecraft mission to study the sun: “Ulysses ends its career after revealing that the magnetic field emanating from the sun’s poles is much weaker than previously observed. This could mean the upcoming solar maximum period will be less intense than in recent history. “ A few months ago, I had plotted the Average Geomagnetic Planetary Index (Ap) which is a measure of the solar magnetic field strength but also daily index determined from running averages of eight Ap index values. Click for a larger image I had noted that there was a curious step function in 2005, almost as if something had “switched off”. Today, since it is fathers day, and I get to do whatever I want, I chose to revisit this graph. First, I’ve updated the original Ap graph to June 2008 as you can see below. Now we have almost two years. Here is my plot of the above dataset:

C2H2 - Simulations of Specific Events In order to get a better understanding of coronal mass ejection (CME) events that occur on the Sun, C2H2 researchers create numerical simulations to model real CMEs observed by satellites. Reproducing observed results through simulations helps explain and constrain the underlying physics, boundary conditions, and processes behind a CME’s creation and evolution. To illustrate how numerical simulations are carried out, we describe a case in which a series of CMEs was modeled by C2H2 researchers. X-class flare from AR 9236 Noe Lugaz et al. ( ApJ 659: 788-800) simulated multiple coronal mass ejection events that occurred in succession on November 24th, 2000 from NOAA active region 9236. For the study, Lugaz et al. chose three CMEs that happened close enough together to interact, but far enough apart in time from other CMEs so that they could be considered an independent system. To investigate the CME ejecta at the location of Earth, the model was propagated out to 1AU.

Strange emissions by sun are mutating matter ~UPDATED 12/01/11 Check links please…This is not a scientific paper…link at bottom for source…Thank you ~jude The angry sun For months mounting fear has driven researchers to wring their hands over the approaching solar storms. Some have predicted devastating solar tsunamis that could wipe away our advanced technology, others voiced dire warnings that violent explosions on the surface of the sun could reach out to Earth, breach our magnetic field, and expose billions to high intensity X-rays and other deadly forms of cancer-causing radiation. Now evidence has surfaced that something potentially more dangerous is happening deep within the hidden core of our life-giving star: never-before-seen particles—or some mysterious force—is being shot out from the sun and it’s hitting Earth. Whatever it is, the evidence suggests it’s affecting all matter. Strange and unknown Alarmed physicists first became aware of this threat over the past several years. Something impossible has happened. Sources

SOLARHAM.com / Solar Cycle 24 / Spaceweather / Amateur Radio VHF Aurora Website - Nightly s Fermi Detects the Highest-Energy Light From a Solar Flare NASA's Fermi Detects the Highest-Energy Light From a Solar Flare During a powerful solar blast on March 7, NASA's Fermi Gamma-ray Space Telescope detected the highest-energy light ever associated with an eruption on the sun. The discovery heralds Fermi's new role as a solar observatory, a powerful new tool for understanding solar outbursts during the sun's maximum period of activity. A solar flare is an explosive blast of light and charged particles. "For most of Fermi's four years in orbit, its LAT saw the sun as a faint, steady gamma-ray source thanks to the impacts of high-speed particles called cosmic rays," said Nicola Omodei, an astrophysicist at Stanford University in California. Omodei described Fermi's solar studies to journalists today at the 220th meeting of the American Astronomical Society in Anchorage, Alaska. The March flare also is notable for the persistence of its gamma-ray emission. Both instruments observed a strong, but less powerful solar flare on June 12, 2010.

Coronal Topology and CMEs Coronal Topology and Coronal Mass Ejections Alan H. McAllister Helio Research Collaborators: A. We present here work carried out over the last decade focused on understanding the large scale coronal evolution and signatures associated with coronal mass ejection (CME) generation. Coronal Streamers, Coronal Arcades and CMEs The Solar Maximum Mission (SMM) observations [Hundhausen, 1993] suggested that there was an association between the white light streamers which are the main source of CMEs (as seen in coronagraphs) and the dynamic coronal arcades seen in x-rays following at least some CMEs. After Yohkoh's Soft X-ray Telescope (SXT) started returning images in September 1992, it became apparent that most quiet sun CMEs had an associated dynamic soft x-ray arcade appearing after the eruption [McAllister et. al., 1992; Hanaoka et. al., 1994; Hiei, Hundhausen, and Sime, 1993; McAllister et. al., 1996]. Coronal Arcades, CMEs, and Switchbacks [redo this and fill in to show the coronal holes.