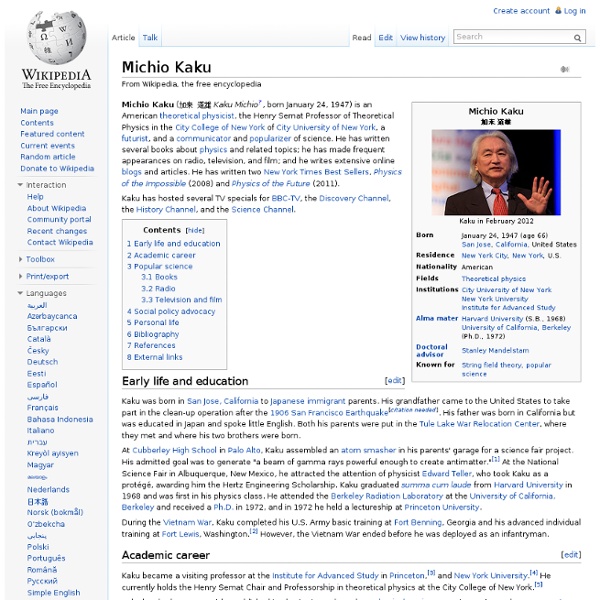 Dyson sphere Dyson sphere is a hypothetical megastructure that completely encompasses a star and hence captures most or all of its power output. It was first described by Freeman Dyson. Dyson speculated that such structures would be the logical consequence of the long-term survival and escalating energy needs of a technological civilization, and proposed that searching for evidence of the existence of such structures might lead to the detection of advanced intelligent extraterrestrial life. Different types of Dyson spheres correlate with information on the Kardashev scale. Since then, other variant designs involving building an artificial structure or series of structures to encompass a star have been proposed in exploratory engineering or described in science fiction under the name "Dyson sphere". Origin of concept[edit] Feasibility[edit] Some ideas to build a fixed-in-place 'Dyson sphere' are currently beyond humanity's engineering capacity. Variants[edit] Dyson swarm[edit] Dyson bubble[edit]

Kardashev scale The Kardashev scale is a method of measuring a civilization's level of technological advancement, based on the amount of energy a civilization is able to utilize.[1] The scale has three designated categories called Type I, II, and III. A Type I civilization uses only resources available on its home planet, Type II harnesses all needed energy from its local star, and Type III of its galaxy.[2] The scale is only hypothetical, but it puts energy consumption in a cosmic perspective. It was first proposed in 1964 by the Soviet astronomer Nikolai Kardashev. Various extensions of the scale have been proposed since, from a wider range of power levels (types 0, IV and V) to the use of metrics other than pure power. Definition[edit] Type I "Technological level close to the level presently attained on earth, with energy consumption at ≈4×1019 erg/sec (4 × 1012 watts) Type II Type III "A civilization in possession of energy on the scale of its own galaxy, with energy consumption at ≈4×1044 erg/sec

Warm-Blooded Plants and Freeze-Dried Fish by Freeman J. Dyson At that time most of the shuttle missions were carrying unmanned satellites into orbit for various purposes -- some scientific, some commercial, and some military. These launching jobs could just as well have been done automatically. Only a few of the shuttle missions really need people on board, to do experiments or to repair the Hubble Space Telescope, for example. It would have made sense to reserve two shuttle ships with all their hotel equipment for missions in which people were essential and to use the other two for satellite-launching jobs. After failing to eviscerate the shuttle, I wandered into the museum of the Johnson Space Center, where there is a collection of rocks that astronauts brought back from the Moon. It seemed like a miracle. Things have changed since then. The Europa Ocean NOTHER place where life might now be flourishing is in a deep ocean on Jupiter's satellite Europa. If warm-blooded plants exist on Mars, they may or may not be easy to see. Confusion of Aims

Mars sample return mission Sample return concept A Mars sample return mission (MSR) would be a spaceflight mission to collect rock and dust samples from Mars and to return them to Earth. Sample return would be a very powerful type of exploration, because analysis is freed from the time, budget, and space constraints of spacecraft sensors.[1] All of Earth's laboratories could potentially study a sample.[1] According to Louis Friedman, Executive Director of The Planetary Society, a Mars sample return mission is often described by the planetary science community as the "holy grail" of robotic space missions, due to its high expected scientific return-on-investment.[2] Over time, several missions were planned but none of the proposed missions got beyond the planning phase. MSR was the highest priority Flagship Mission proposed for NASA by the Planetary Decadal Survey 2013-2022: The Future of Planetary Science.[3] Scientific value[edit] History[edit] SCIM[edit] NASA-ESA plan[edit] NASA proposals[edit] Additional plans[edit]

The Dialectic of the Nature-Society-System | Fuchs | tripleC: Communication, Capitalism & Critique. Open Access Journal for a Global Sustainable Information Society Abstract There are four logical possibilities for conceiving the relationship of nature and society: the reduction of society to nature, the projection of nature into society, dualism, and a nature-society-dialectic. This differentiation results in four different approaches. Nature is a self-organizing system that produces an evolutionary hierarchy of interconnected systems with specific qualities. Keywords nature; society; social theory Outline for talk on dialectics of technology revolution Outline for talk on dialectics of technology revolution Readings K. Marx, "The development of machinery", Capital, Chapter XV, Section I N.Peery, "Dialectics of the leap and the destruction of capitalism," Rally, Comrades! Supplemental Readings L. Chart (pdf) I. Since dialectics describes the universal process of development and change, it can be applied to understanding any phenomena. The central relationship in the process of history is that between the relatively mobile productive forces, and the relatively static productive relations. The productive forces themselves develop dialectically. By examining the process of the development of the productive forces, we can not only understand dialectics better, but we can also better understand the way that the productive forces come into conflict with productive relations, the precursor to the revolutionary moment. Epoch summarizes the principles of dialectics as follows: 1) Nature is a connected and integrated whole. Interconnectedness: 1. 2. 3. 4.

Waking From Sleep: The Causes of Higher States of Consciousness By STEVE TAYLOR— Higher states of consciousness (HSCs) – or awakening experiences, as I prefer to call them – are moments of revelation, when we perceive reality at a heightened intensity. The world around us comes to life, and is filled with an atmosphere of harmony and meaning. A spirit-force seems to pervade all things, and the spaces between them, bringing everything into oneness. We experience ourselves as part of this oneness too, and feel ecstatic or serene. These experiences are sometimes associated with meditation, nature or psychedelic drugs, but what exactly is it that causes them? Neuroscientists generally believe that HSCs are caused by changes in brain activity. My view is that there are two basic types of awakening experiences, which have two distinct causes. Indigenous peoples often fast and deprive themselves of sleep as a preparation for rituals, dance and vision quests, using physical deprivation as a way of ‘purifying’ themselves. Intensifying Life-Energy

Genetically modified organism GloFish, the first genetically modified animal to be sold as a pet A genetically modified organism (GMO) is any organism whose genetic material has been altered using genetic engineering techniques. GMOs are the source of genetically modified foods and are also widely used in scientific research and to produce goods other than food. The term GMO is very close to the technical legal term, 'living modified organism', defined in the Cartagena Protocol on Biosafety, which regulates international trade in living GMOs (specifically, "any living organism that possesses a novel combination of genetic material obtained through the use of modern biotechnology"). This article focuses on what organisms have been genetically engineered, and for what purposes. Production[edit] Genetic modification involves the mutation, insertion, or deletion of genes. History[edit] Uses[edit] Microbes[edit] Bacteria were the first organisms to be modified in the laboratory, due to their simple genetics.[12] Plants[edit]

Post Scarcity Utopia - HOPE FOR DESPAIRING PEOPLE Despair has many causes. Stupid people cause despair. Disability and mortality cause despair. People feel despair regarding illness or death of loved ones. Post-Scarcity civilisation occurs when science and technology create unlimited abundance for everyone. People do cruel things for money but there is HOPE for the future. ● Husband strangles wife then commits suicide. “Former neighbours said that Mr Harrison grew depressed after being made redundant and having to give up the family home.” ● Vodka drinking bank robber was unsteady on his feet. Armed with what subsequently transpired to be a toy gun, the apparently drunken robber said: “I’ve lost a house, you're going to lose your money.” ● Brutal murder for money. “A businessman was repeatedly tortured to get his bank card details and then partly decapitated during a brutal murder at his home, police said today.” ● 12 shot dead in Cumbria. ● Chinese school children attacked in knife rampages. ● USA suicide plane crash.

Down and Out in the Magic Kingdom Down and Out in the Magic Kingdom is a 2003 science fiction book, the first novel by Canadian author and digital-rights activist Cory Doctorow. Concurrent with its publication by Tor Books, Doctorow released the entire text of the novel under a Creative Commons noncommercial license on his website, allowing the whole text of the book to be freely read and distributed without needing any further permission from him or his publisher. The novel was nominated for the Nebula Award for Best Novel in 2004. Characters[edit] Julius (also known as Jules), the narrator of the book, is more than a century old. His childhood dream is living at Disney World (a.k.a. Concepts[edit] Setting[edit] This future history book takes place in the 22nd century, mostly in Walt Disney World. Plot summary[edit] Dan leaves Lil, Julius is kicked out of the ad hoc and his Whuffie hits rock bottom — low enough that others take his possessions with impunity and elevators don’t stop for him. Cultural cross references[edit]