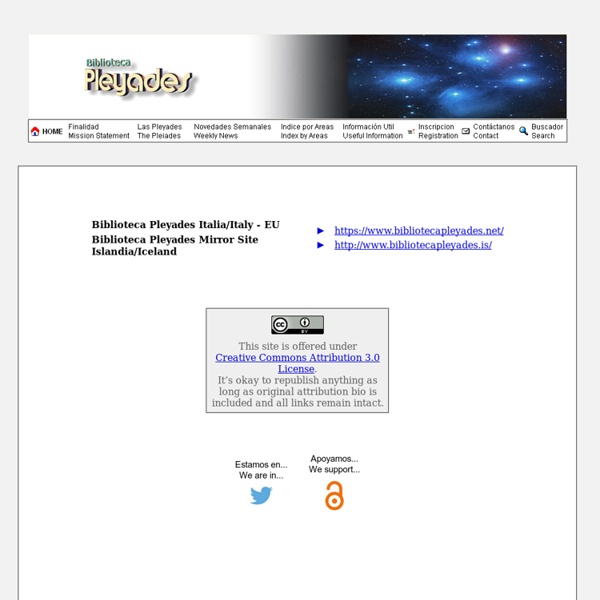 Related:  Knowledge of the Ancient • The Truth Is Out There

This Mysterious Ape-Human Just Added a Twist to the Human Story A year and a half after adding a puzzling new member to the human family tree, a team of researchers working in South Africa have offered an additional twist: the species is far younger than its bizarrely primitive body would suggest, and may have shared the landscape with early Homo sapiens. First discovered in 2013 by two cavers exploring the Rising Star cave system near Johannesburg, a stunning trove of hominin remains—the single richest fossil site of its kind ever found in Africa—revealed a tiny-brained species with shoulders and a torso like an ape’s, but with some unshakably humanlike features as well. The mosaic’s name: Homo naledi, after the Sesotho word for “star.” Now, the species’s star shines that much brighter.

Decrypted Matrix At long last, news and other content now continues on our TLD www.DecryptedMatrix.com DCMX Reminder: “if they are telling us about it in the mainstream media, they’ve had it for 15 years, at least.” Pentagon-supported physicists on Wednesday said they had devised a “time cloak” that briefly makes an event undetectable. Fight The New World Order with Global Non Compliance by Maxwell Igan September 2008 from TheCrowHouse Website Transcript Read or download Character-Types Of The Unbelievers Our guidance to the truth with which we can discover the purpose of creation, distinguish right from wrong, and learn the true meaning of life, is the Qur’an. Because, the Qur’an was revealed by Allah, Who created human beings, and Who is their only judge and master. Therefore, it is only by living by the morality of religion Allah has revealed in the Qur’an that people may improve on their lack of knowledge, and become cognizant enough to save themselves from the ignorance they are surrounded by.

Paleogene Period and the Beginning of the Cenozoic Era At the dawn of the Paleogene—the beginning of the Cenozoic era—dinosaurs, pterosaurs, and giant marine reptiles were conspicuously absent from the face of the Earth. Rodent-size (and perhaps larger) mammals emerged, suddenly free to fill the void. Over the next 42 million years, they grew in size, number, and diversity. As the period came to a close, life-forms still common today filled the seas, dominated the land, and had taken to the air. Paleogene Climate

Deep Black Lies The relentless approach of global feudalism: "In addition to these pragmatic goals, the powers of financial capitalism had another far-reaching aim, nothing less than to create a world system of financial control in private hands able to dominate the political system of each country and the economy of the world as a whole. This system was to be controlled in a feudalist fashion by the central banks of the world acting in concert, by secret agreements arrived at in frequent private meetings and conferences. The apex of the system was to be the Bank for International Settlements in Basle, Switzerland, a private bank owned and controlled by the world's central banks which were themselves private corporations."

Extensive Research Library On Numerous Subjects - Other Serious Issues - Links We Stand For NO SYSTEM Kindom (Do No Harm Communities) is the dream for freedom, but it is the dream for the freedom of those around us who also live the dream of freedom, because it is in living for the freedom of others that we get our freedom. When we live for the dreams of Kindom of those around us, we live life as a gift because we live for (dedicate our lives to) their dream of freedom, truth, peace, joy, abundance, etc, just as they live for our Kindom dreams too. This is true co-creation (cooperation) with no attack on the uniqueness of each of us. When we live this way, we have no need for any man-made system - everything/everyone has already been taken care of by our love for life. Just as we do not have to jump 10 feet across the room to grab our next breath, neither do we have to worry about food, water and shelter because it has all been taken care of as we each co-create Kindoms/Kin-Domains for everyone.

The Journey to Wild Divine. The world's best computer program for stress relief. The Journey to Wild Divine is a unique computer program for your mind and body that links biofeedback hardware with your computer to create an enlightening experience of wellness. Put simply it's the worlds best computer program for health and wellness. Practice new breathing and meditation techniques using biofeedback to create a renewed sense of balance. It's the perfect addition to your wellness program for a happy mind and a healthy body. Wearing three finger sensors that track your body's heart rate variability and skin conductance, you'll learn to use the power of your thoughts, feelings, breath and awareness to: * Increase relaxation * Reduce stress and anxiety * Restore balance and vitality * Improve physical and mental well-being

World Mysteries - Ancient Wisdom Truly it has been said that there is nothing new under the sun, for knowledge is revealed and is submerged again, even as a nation rises and falls. Here is a system, tested throughout the ages, but lost again and again by ignorance or prejudice, in the same way that great nations have risen and fallen and been lost to history beneath the desert sands and in the ocean depths. Paracelsus Ask and it will be given to you; seek and you will find; knock and the door will be opened to you. For everyone who asks receives; he who seeks finds; and to him who knocks, the door will be opened. The 7 Most Sexually Deviant Creatures in Folklore Human history is rife with monsters, devils, and things that go bump in the night. It also has its fair share of things that go hump in the night. And let's be reasonable; sexual terror is a real and powerful thing.