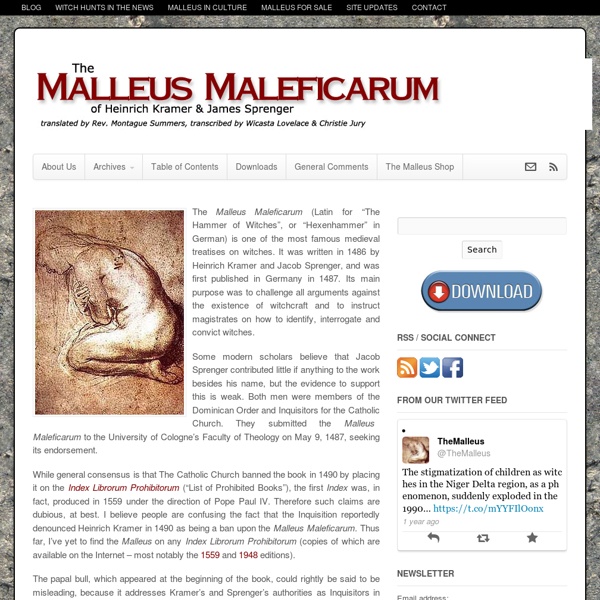 Unexplained Mysteries of LOST LANDS Many western cultures have myths of lost lands, where once lived our great ancestors. Typical is Lyonesse, a fabled land once said to exist between Land’s End and the Scilly Isles, off the British coast. On this land stood the city of Lions and some 140 churches. Folk tales, and later poets such as Tennyson, kept the fable alive by associating it with King Arthur. Thought to be the place of his birth, his death has also been associated with the lost land. Logically, it seems the fable arose from its association with the Breton town St-Pol-de-Leon, know to the Roman’s as Leo’s Castle. Another such fable concerns Atland. Some lost lands are more modern, and said to be rationally theorised to have existed. In the 1870s, the idea was taken up by the likes of Huxley and Wallace, leading scientists of their day. A further lost land is Mu, which, according to former Bengal Lancer, Col James Churchward, existed in the Pacific Ocean. Why is this the case? © Anthony North, December 2007 Liked it ?

Malleus Maleficarum Index This is the best known (i.e., the most infamous) of the witch-hunt manuals. Written in Latin, the Malleus was first submitted to the University of Cologne on May 9th, 1487. The title is translated as "The Hammer of Witches". The Malleus was used as a judicial case-book for the detection and persecution of witches, specifying rules of evidence and the canonical procedures by which suspected witches were tortured and put to death. Although the Malleus is manifestly a document which displays the cruelty, barbarism, and ignorance of the Inquisition, it has also been interpreted as evidence of a wide-spread subterranean pagan tradition which worshiped a pre-Christian horned deity, particularly by Margaret Murray. Part 1 Question IWhether the Belief that there are such Beings as Witches is so Essential a Part of the Catholic Faith that Obstinacy to maintain the Opposite Opinion manifestly savours of Heresy. Question IIIWhether Children can be Generated by Incubi and Succubi. Part 2 Part 3

Christian Inquisitions - Papal, Spanish, Medieval The term Inquisition is somewhat misleading in that over the centuries there have been a number of inquisitions. They have been directed against all of the groups we have looked at — Pagans and supposed Witches, dissenting sects, Cathars, Jews, Heretics, Philosophers, Freethinkers, Blasphemers, Apostates, Humanists, Pantheists, Unitarians, Deists and Atheists as well as Muslims, Hindus and members of other religions. In 1184 Pope Lucius III and the Emperor Frederick formulated a programme for the repression of heretics. This document, Ad abolendum, is sometimes known as the charter of the Inquisition, because it set the tone for future developments. The Medieval Inquisition A roving papal Inquisition was set up in 1231 by Pope Gregory IX. In theory torture could be applied only once, and could not be such as to draw blood, to cause permanent mutilation or to kill. Tortures varied from time to time and place to place, but the following represent the more popular options.

Unsolved Mysteries of Ouija Board - Learn how to use Ouija Board MENTION THE USE of a Ouija board to a paranormal research group these days and you’ll get a lot of head shaking and statements about “opening portals” and “demonic entities”. Mention it to religious fundamentalists and you’ll practically see them shudder and back away on shaky legs, as if the board was created by Satan himself as a means of enslaving human souls.How did the Ouija board and similar “talking boards” get this reputation? Is it deserved? How is it different than other methods of spirit communication? The talking board has been around for well over 100 years. Marketed as a toy, the Ouija has been a best-seller for decades. This seems to be a relatively new idea. Subsequent movies such as Witchboard, The Craft, and others further promoted the idea that the Ouija was a conduit to dark forces. Then many paranormal researchers also came around to this way of thinking, but I've never come across any convincing evidence that would lead to this position. How To Use a Ouija Board 1.

The Malleus Maleficarum — The Hammer of Witches: A Review The Malleus Maleficarum — The Hammer of Witches: a review of the book by Heinrich Kramer and Jacobus Sprenger as translated by Rev. Montague Summers Witch-hunt: an investigation of or campaign against dissenters (as political opponents) conducted on the pretext of protecting the public welfare. Heretic: From the Greek, “able to choose”, characterized by departure from accepted beliefs or standards It was the time when European men enslaved 11 to 15 million Africans and caused 70 million deaths of Indians in the so-called New World. The “Burning Times” here in Europe when millions of their own inhabitants were tortured and killed, and the last vestiges of our wild ancestry wiped out. And Malleus Maleficarum was the book on every Judge’s bench. The book is divided into three parts. The second describes all the virile member/bestial transformations kind of stuff and the third relates to the judicial proceedings in both the ecclesiastical and civil courts. All perfectly reasonable. We live.

7 Quite Unholy Pope Scandals From mistresses and illegitimate children to dance parties and harbored criminals, the Vatican has a shockingly dirty history. While it's true that no one is perfect, the seven corrupt popes below were exceptionally unholy: 7. Besides being indifferent to the Protestant Reformation (a reform movement in Europe when several denominations broke away from the Catholic church), Pope Clement VII became best known for flip-flopping between alliances with France, Spain and Germany, although he began to lean toward French political forces before his death in 1534 after eating a poisonous mushroom. Clement was inclined to changing his political views to match those of whomever was the most powerful and wealthy at any given time. 6. Pope Leo X not only allowed, but encouraged worshippers to pay for their sins – literally. 5. Although he was a fan of the arts and collected ancient sculptures, he was apparently not a believer in the adage – good art takes time. 4. 3. 2. 1.

10 Bizarre Medieval Medical Practices Creepy Medicine is one of the cornerstones of modern civilization—so much so that we take it for granted. It wasn’t always the case that you could just waltz into a doctor’s office to have them cure what ailed you. 10 Boar Bile Enemas Enemas in medieval times were performed by devices called clysters. Even kings were high up on the clyster. 9 Urine Was Used As An Antiseptic Though it may not have been common, there is evidence to suggest that urine was occasionally used as an antiseptic in the Medieval Era. This isn’t quite as insane as it seems: urine is sterile when it leaves the body and may have been a healthier alternative than most water—which came with no such guarantee of cleanliness. 8 Eye Surgery (With A Needle) During the Middle Ages, cataract surgery was performed with a thick needle. Of course, eye surgery changed rapidly once Islamic medicine began to influence European practices. 7 Hot Iron For Hemorrhoids It was once believed that if a person did not pray to St. 4 Trepanning

The First Woman to Publish a Book in English Lived in One Room, Walled Off From Society A statue of Julian of Norwich (Image: rocketjohn/Wikimedia) In 1413, Margery Kempe was embarking on a dangerous quest. She and her husband had agreed to be celibate: she was going to begin to live her life as a woman devoted to God, a mystic. She was about to make a pilgrimage to the Holy Land. And she knew whose spiritual guidance she wanted: Julian of Norwich, the most famous anchorite of her day. In England, from about the 12th to the 16th century, an estimated 780 people chose to live permanently shut up in a room attached to a church. But, in their way, they were powerful women. Before anchorites retired from the outside world to dedicate their lives to religious devotion, a priest would say a rite of enclosure, akin to a funeral rite. One of these windows would have had a practical purpose: an attendant would pass simple meals and other necessities through it. A hagioscope in a French church (Photo: Jean-Marc Pascolo/Wikimedia) St.

The Prophecies and Revelations of Saint Bridget (Birgitta) of Sweden