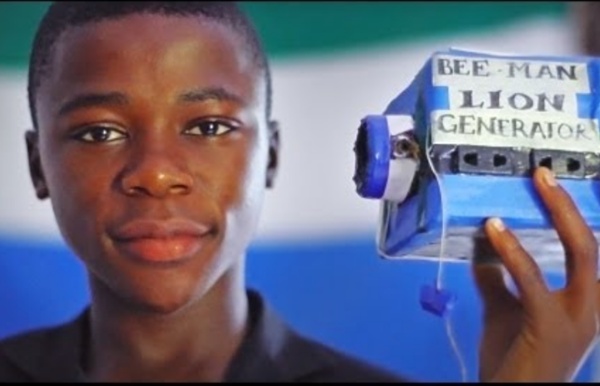 Innovate Salone | GLOBAL MINIMUM INC It will take anywhere from 3 seconds to 1 minute for your pic to upload, depending on how big it is. You're going to see this message every time you post a new pic. So, we're making the text really long so that it'll take you at least five picture uploads to read it all. Here's what we're thinking...While your first picture is uploading think about someone you want to kiss.

Watch | The Crisis Of Civilization sneak a peek at these guys Crisis Of Civilization Aldeburgh Elevate Leeds Watch female impotence Share Subscribe Enter your email address to subscribe to this blog and receive notifications of new posts by email. Links Networking Please educate friends and help support this movie by sharing it. 2011 © Crisis Of Civilization. Improbable research: The Limerick laureate works his magic In 2003, an independent scholar from New Jersey began submitting limericks for a competition in mini-AIR, the monthly online supplement to my magazine, Annals of Improbable Research. The contest challenges readers to read an off-putting scholarly citation, and explain it in limerick form. Martin Eiger so consistently won that we eventually banned him as an unfair competitor, gave him the title Limerick laureate, and now publish him every month. He handles a huge range of subject matter. An early Eiger limerick summarised a Japanese study called Pharmacological Aspects of Ipecac Syrup (TJN-119) - Induced Emesis in Ferrets: If you're hoping to hash out a thesis,And stuck for a topic: emesis,As triggered in ferretsUndoubtedly meritsMuch more than a mere exegesis. Warwick University mathematician Jonathan Warren's 1999 treatise On the Joining of Sticky Brownian Motion includes a three-page proof of the Non-cosiness of Sticky Brownian Motion.

Make: Hacks and Mods CNC Air Raid Siren It’s loud, annoying, and fun — cut out the parts on a CNC router, then... Zombie Flashlight Build a powerful pocket flashlight with reclaimed parts and an “undead” battery! The clever "joule... How Biodiesel Works" If you've read or watched the news lately, you've probably come across some article, snippet or sound bite related to oil and oil prices. Even in your daily routines, there's a good chance of someone mentioning it. Whether it's in automotives, economics, history, geography or politics, oil has managed to filter into almost every aspect of our daily lives. It's one of the most discussed (and controversial) commodities that consumers rely on daily. All of this talk about oil sparks continued interest in gasoline alternatives. Things like electric cars and hydrogen fuel cells are being talked about as feasible alternatives to oil. Lost in the mix are the biofuels, fuels made from biological ingredients instead of fossil fuels. In this article, we'll take a closer look at biodiesel, one of the major biofuels. Generally speaking, biodiesel is an alternative or additive to standard diesel fuel that is made from biological ingredients instead of petroleum (or crude oil). Photo courtesy U.S.

How Netflix Reverse Engineered Hollywood - Alexis C. Madrigal If you use Netflix, you've probably wondered about the specific genres that it suggests to you. Some of them just seem so specific that it's absurd. Emotional Fight-the-System Documentaries? Period Pieces About Royalty Based on Real Life? Foreign Satanic Stories from the 1980s? If Netflix can show such tiny slices of cinema to any given user, and they have 40 million users, how vast did their set of "personalized genres" need to be to describe the entire Hollywood universe? This idle wonder turned to rabid fascination when I realized that I could capture each and every microgenre that Netflix's algorithm has ever created. Through a combination of elbow grease and spam-level repetition, we discovered that Netflix possesses not several hundred genres, or even several thousand, but 76,897 unique ways to describe types of movies. There are so many that just loading, copying, and pasting all of them took the little script I wrote more than 20 hours. Imaginary movies for an imaginary genre.

Portable Power Station - Urban Survival Stanford Prison Exp What happened in the basement of the psych building 40 years ago shocked the world. How do the guards, prisoners and researchers in the Stanford Prison Experiment feel about it now? It began with an ad in the classifieds. Male college students needed for psychological study of prison life. $15 per day for 1-2 weeks. More than 70 people volunteered to take part in the study, to be conducted in a fake prison housed inside Jordan Hall, on Stanford's Main Quad. The leader of the study was 38-year-old psychology professor Philip Zimbardo. Zimbardo encouraged the guards to think of themselves as actual guards in a real prison. The study began on Sunday, August 17, 1971. Forty years later, the Stanford Prison Experiment remains among the most notable—and notorious—research projects ever carried out at the University. In 1973, an investigation by the American Psychological Association concluded that the prison study had satisfied the profession's existing ethical standards. Zimbardo. Maslach.

Build a Simple Solar Heater After walking into my workshop one December morning and feeling a bone-chilling 10 degrees, I decided to install a heating system. Given the rising costs of propane and my family’s environmental concerns about using nonrenewable fossil fuels, a solar solution seemed fitting. I’m a retired aircraft engineer, but you don’t need a similar background to tackle this project. In fact, a solar air heater built into new construction or added to an existing building can be an easy and inexpensive heating solution. I reviewed many solar collector concepts and decided to install a thermosiphon air collector on the south wall of the workshop. To minimize costs, I integrated the collector with the structure and used readily available materials. How It Works The thermosiphon collector consists of clear, corrugated polycarbonate panels fastened to 2-by-6-inch studs. At night, airflow reverses as air in the collector cools to outside temperatures. Performance and Economics Sizing the Solar Collector Pros:

Walking Through Doorways Causes Forgetting We’ve all experienced it: The frustration of entering a room and forgetting what we were going to do. Or get. Or find. New research from University of Notre Dame Psychology Professor Gabriel Radvansky suggests that passing through doorways is the cause of these memory lapses. “Entering or exiting through a doorway serves as an ‘event boundary’ in the mind, which separates episodes of activity and files them away,” Radvansky explains. “Recalling the decision or activity that was made in a different room is difficult because it has been compartmentalized.” The study was published recently in the Quarterly Journal of Experimental Psychology. Conducting three experiments in both real and virtual environments, Radvansky’s subjects—all college students—performed memory tasks while crossing a room and while exiting a doorway. Learn More >

Shock study, replicates Milgram's findings Nearly 50 years after the controversial Milgram experiments, social psychologist Jerry M. Burger, PhD, has found that people are still just as willing to administer what they believe are painful electric shocks to others when urged on by an authority figure. Burger, a professor at Santa Clara University, replicated one of the famous obedience experiments of the late Stanley Milgram, PhD, and found that compliance rates in the replication were only slightly lower than those found by Milgram. And, like Milgram, he found no difference in the rates of obedience between men and women. "People learning about Milgram's work often wonder whether results would be any different today," Burger says. "Many point to the lessons of the Holocaust and argue that there is greater societal awareness of the dangers of blind obedience. —K.I.