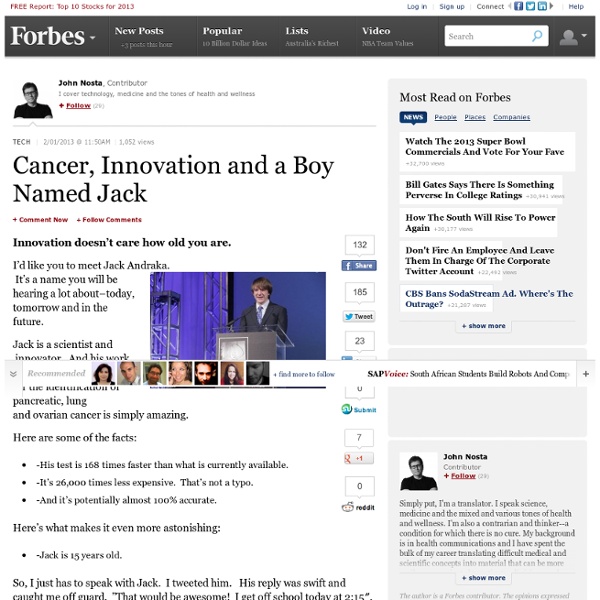 Even a drink a day boosts cancer death risk, alcohol study finds By JoNel Aleccia, Senior Writer, NBC News The first update of alcohol-linked cancer deaths in the U.S. in three decades shows that booze can be blamed for nearly 20,000 deaths a year -- and it’s not just the heavy drinkers. Certainly those who downed three or more drinks a day accounted for most of the deaths from seven kinds of cancer, up to 60 percent, according to a new study published in the American Journal of Public Health. But consuming just 1.5 drinks a day -- or less -- was associated with up to 35 percent of those cancer deaths, suggesting that any alcohol use carries some risk. “For non-drinkers, it’s another reason to feel happy they don’t drink,” said Dr. The study, conducted in conjunction with researchers from the U.S., Canada and France, used recent data and studies on alcohol consumption and cancer mortality to provide a long-delayed update on alcohol-related cancer deaths in America. “Anything that’s a leading cause of death is not a good preventive agent,” Naimi added.

Bad sleep 'dramatically' alters body A run of poor sleep can have a potentially profound effect on the internal workings of the human body, say UK researchers. The activity of hundreds of genes was altered when people's sleep was cut to less than six hours a day for a week. Writing in the journal PNAS, the researchers said the results helped explain how poor sleep damaged health. Heart disease, diabetes, obesity and poor brain function have all been linked to substandard sleep. What missing hours in bed actually does to alter health, however, is unknown. So researchers at the University of Surrey analysed the blood of 26 people after they had had plenty of sleep, up to 10 hours each night for a week, and compared the results with samples after a week of fewer than six hours a night. More than 700 genes were altered by the shift. Meanwhile the natural body clock was disturbed - some genes naturally wax and wane in activity through the day, but this effect was dulled by sleep deprivation.

100 Natural Ways to Overcome Anxiety | U.S. PharmD By Tara Miller The fast-paced lifestyle that so many lead today has resulted in a generation of individuals with high anxiety. Whether you suffer from occasional panic attacks or spend most of your day worrying, anxiety doesn’t have to be a part of your life. Stress Reduction A major source of anxiety is the stress that creeps up through daily living. Let go of control. Herbs Herbal medicine has been around for centuries. Passionflower. Therapies From acupuncture to hydrotherapy, find a natural way to help your body heal the effects of anxiety. Acupuncture. Body Work Just about everyone can appreciate the relaxing qualities of massage, but that isn’t the only type of body work that can help reduce anxiety. Massage. Mind/Body Techniques From Tai Chi to meditation to exercise, follow these suggestions for ways to strengthen the connection between your mind and body to reduce anxiety. Yoga. Aromatherapy Bergamot. Nutrition Green tea. Bach Flowers Dr. Rescue Remedy. Naturopathic Remedies

Twelve facts about guns and mass shootings in the United States When we first collected much of this data, it was after the Aurora, Colo. shootings, and the air was thick with calls to avoid "politicizing" the tragedy. That is code, essentially, for "don't talk about reforming our gun control laws." Let's be clear: That is a form of politicization. When political actors construct a political argument that threatens political consequences if other political actors pursue a certain political outcome, that is, almost by definition, a politicization of the issue. It's just a form of politicization favoring those who prefer the status quo to stricter gun control laws. Since then, there have been more horrible, high-profile shootings. If roads were collapsing all across the United States, killing dozens of drivers, we would surely see that as a moment to talk about what we could do to keep roads from collapsing. What follows here isn't a policy agenda. 1. Mother Jones has tracked and mapped every shooting spree in the last three decades. 3. 4. 5. 6. 7. 8.

Why Drag It Out? - Jen Doll An investigation into what inspires soooo many people to toss extra letters into their text messages Nishant Choksi "Hiiiii," he texted. “Hiiiii,” I responded. “How are youuuuu?” Rest assured: I am an adult. My phone buzzed again. Evvvvverywherrrre, from instant messages to texts to tweets and even e‑mails, I see examples of what language watchers call “word lengthening.” For the past five years, Sali Tagliamonte, a linguist at the University of Toronto, has been gathering digital-communications data from students. But why is anyone adding extra letters in the first place? Ben Zimmer, a linguist and lexicographer, notes that elongations, like emoticons and initialisms (OMG! Tagliamonte suggested a test: try communicating with someone I was close to without using elongations, and see how quickly I’d get a response of “What’s wrong?” “I could kiiiinda tell,” he wrote.

What Your Poop and Pee Are Telling You About Your Body *Alert* The Glowing Lean System Registration is OPEN… CLICK HERE to learn more Have you ever wondered if your poop looked “normal,” but were too embarrassed to ask anyone else what their poop looks like? Or has your pee ever smelled a bit putrid but you were too mortified to utter a word to your best friend, let alone your boy friend? Poop is an important part of health and affects your beauty, as everything in your body works as an interrelated system. Well don’t worry, because here is a guide to anything and everything you may have wondered about your pee, and yes, your poop. Click on the infographic below to view a larger image: You’re One Click Away From Reading This Article… Get access to this post, and premium content, simply enter your email. Enter your email belowThen click the button No, thanks

Diagnosing the Wrong Deficit Though I treat a lot of adults for attention-deficit hyperactivity disorder, the presentation of this case was a violation of an important diagnostic criterion: symptoms must date back to childhood. It turned out he first started having these problems the month he began his most recent job, one that required him to rise at 5 a.m., despite the fact that he was a night owl. The patient didn’t have A.D.H.D., I realized, but a chronic sleep deficit. Many theories are thrown around to explain the rise in the diagnosis and treatment of A.D.H.D. in children and adults. For some people — especially children — sleep deprivation does not necessarily cause lethargy; instead they become hyperactive and unfocused. We all get less sleep than we used to. A number of studies have shown that a huge proportion of children with an A.D.H.D. diagnosis also have sleep-disordered breathing like apnea or snoring, restless leg syndrome or non-restorative sleep, in which delta sleep is frequently interrupted.

How to Get a Complete Workout with Nothing But Your Body Fear of a Black President - Ta-Nehisi Coates As a candidate, Barack Obama said we needed to reckon with race and with America’s original sin, slavery. But as our first black president, he has avoided mention of race almost entirely. In having to be “twice as good” and “half as black,” Obama reveals the false promise and double standard of integration. The irony of President Barack Obama is best captured in his comments on the death of Trayvon Martin, and the ensuing fray. Part of that conservatism about race has been reflected in his reticence: for most of his term in office, Obama has declined to talk about the ways in which race complicates the American present and, in particular, his own presidency. The reaction to the tragedy was, at first, trans-partisan. By the time reporters began asking the White House for comment, the president likely had already given the matter considerable thought. VIDEO: Ta-Nehisi Coates talks with Atlantic magazine editor Scott Stossel about the anger behind this article. And yet Spud Webb lives.

Top 5 Cancer Causing Foods Cancer is a disease that can be caused by hereditary and environmental factors. While some people develop cancer regardless of steps taken to prevent it, there is evidence that limiting the consumption of some foods could prevent or delay the onset of cancer, especially for those with a known family history of cancers of the digestive system. Cancer-promoting foods are typically rich in refined sugars, processed carbohydrates, preservatives and byproducts of deep-frying. Food sources high in refined sugars such as sweetened beverages, sodas and many juices can increase cancer risk. Fried foods increase one's risk of developing cancer, especially when they contain hydrogenated oils, trans-fats, and a byproduct of the deep-frying process called acrylamide. Doughnuts are the culmination of three major classes of cancer causing foods; they are deep-fried, contain high levels of sugars and are based on heavily refined carbohydrates.

10 Fashion Hotspots You Should Know About | The Stylitics Report When we think of exploring fashion travel destinations, the same places usually come to mind: New York City, Paris, London, and Los Angeles. However, we think it’s about time to push your travel boundaries by exploring some hidden fashion destination gems. New fashion oases are popping up, so we’ve scouted the best ones to add to your travel itinerary this summer. Keep reading for the 10 fashion hotspots that you don’t want to miss! 1. This “Ocean State” may not seem like a fashion haven, but it is actually home of StyleWeek Northeast, a 20th Century Fashion exhibit, and RISD (Rhode Island School of Design). 2. This city is known for its history and diversity: over 100 dialects and languages are spoken here. If you love some good thrifty/vintage finds, head out to Oakland’s Rockridge District, located on College Avenue. 3. If you’re looking for some incredible vintage shops, head on over to Columbus! 4. 5. 6. 7. 8. 9. 10. Written by Emily Malis, Marketing intern at Stylitics.