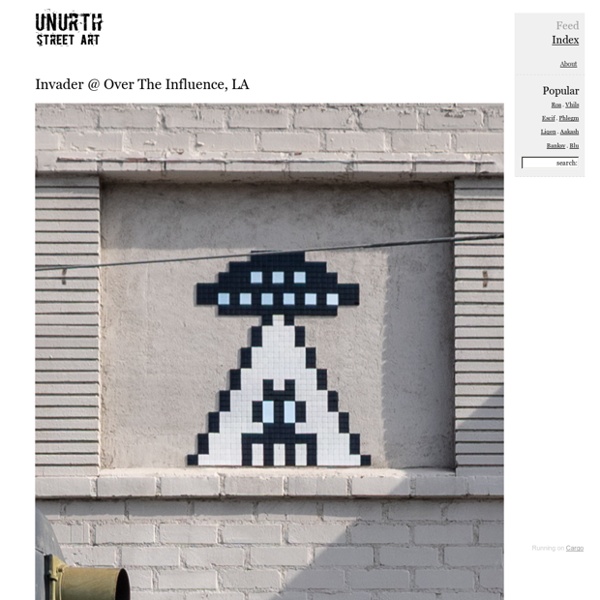 Unurth - How long have you been working on this project/show?Bumblebee - The past 2 years I've been creating murals specific to the region of Los Angeles in an attempt to bring awareness to youth homelessness. This show titled, 'Bee Yourself', explores these murals I've created around the city. You will see some familiar images as well as some works that never made it on the streets. U - Use one word to describe your favorite piece in the show.B - Animated U - If you could only eat one food forever, what would it bee?

3 Office Fixes That Will Increase Employee Productivity If you're looking for an excuse for poor productivity, tell your boss it's the office's fault. A new study from the National Bureau of Economic Research claims that air pollution has a big effect on farm worker productivity. Most of us don't work on farms, but environmental factors are having an impact on your productivity anyway--and we're not just talking about the distracting, noisy people in the next row of cubicles. Ventilation It's not your imagination: Stale air really does make it hard to work. In one study by the Center for the Built Environment, researchers found "some evidence" that poor ventilation decreased productivity in a call center; another series of 15 international case studies revealed that natural ventilation can increase productivity between 0.5% and 11%.

Before I Die What matters most to you Interactive public art project that invites people to share their personal aspirations in public. After losing someone she loved and falling into depression, Chang created this experiment on an abandoned house in her neighborhood to create an anonymous place to help restore perspective and share intimately with her neighbors. The project gained global attention and thanks to passionate people around the world, over 1000 Before I Die walls have now been created in over 70 countries, including Kazakhstan, Iraq, Haiti, China, Ukraine, Portugal, Japan, Denmark, Argentina, and South Africa. The walls are an honest mess of the longing, pain, joy, insecurity, gratitude, fear, and wonder you find in every community, and they reimagine public spaces that nurture honesty, vulnerability, trust and understanding. The Before I Die book is a celebration of these walls and the stories behind them.

33 Movies To Watch When You're Sad, Glum Or Bummed Out We all have days that don’t feel quite right. Maybe you’re bored, sick or lethargic. Perhaps you just got some bad news that has left you feeling slack-jawed & useless. 10 Simple Postures That Boost Performance Psychological research suggests simple actions can project power, persuade others, increase empathy, boost cognitive performance and more… We tend to think of body language as something that expresses our internal states to the outside world. But it also works the other way around: the position of our body also influences our mind. Street Art Utopia's Best of 2011 I couldn’t help but direct everyone to fellow public art loving blog Street Art Utopia as they have compiled a pretty decent list of the best street art of 2011. If you are just getting into the wonderful world of pasting, spraying or making the streets a more creative place, this list is a great place to start (short of Wall and Piece). One of the best things about this genre is it’s diversity – you can decided what you find gimmicky/twee or meaningful and awe-inspiring. Street art has always been the public’s voice, and the art world has yielded success to those with great ideas and a call for change. More from the list after the jump!