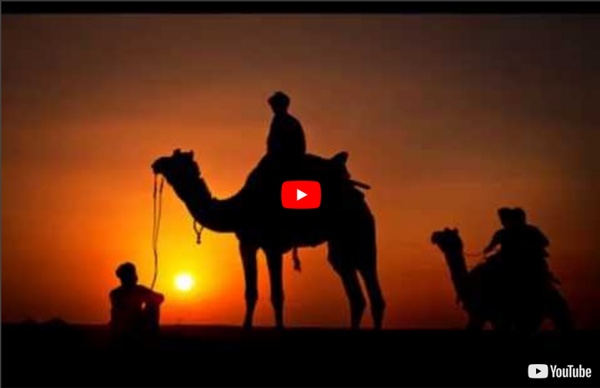 George Michael – Discography George Michael – Faith (1987) 1. Faith 2. Father Figure 3. Axis Mundi in Alternative Religions The axis mundi is literally the axis of the world, although there are several different ways of viewing a religion's axis mundi. The axis provides a connection between the physical world and spiritual worlds. This it is an important and sometimes even necessary feature of a faith because it assists in human beings coming into contact with the powers with whom they work. The Effect Music Has On The Brain - Awescience.com Contrary to popular beliefs, music is just more than sweet candy to our ears. It feeds our minds as well. Whether you are into the upbeat tunes of Lady Gaga, or the tongue-twisting jams of Jay-Z, you will be glad to know that music has profound effects on the brain.

'Axis Mundi' and the Sacred Mountains of the Earth On the days of the winter and summer solstices, is packed with folks who dress in white and climb to the top of the Pyramid of the Sun. They stand at the top with arms outstretched to receive the special energy of the site on that day. (© 2007 Suzanne Barbezat) This belief has been partially explained in terms of psychology by saying that “home is indeed the center of one's known universe, the point of one's origin: from it one may venture in any of the four cardinal directions, make discoveries, and establish new centers.” (See This may sound plausible, but it cannot explain other things, the most important of which, in my view, is that a greater center cannot be an image of a lesser one; all symbols or images are formed from greater objects.

Iceland’s Visa Requirements Iceland at a Glance Expats dream of a move to Iceland for the breathtaking nature, for the friendly people, and for the country’s rich history. But of course there is more to Iceland than fjords and volcanoes. Skyscraper's New Tourist Magnet Is Basically Hell On Earth For Acrophobes If you're afraid of heights, you might want to sit this one out. But if you like the idea of getting a bird's eye view of the Chicago streets from 94 floors--and 1,000 feet--above the ground, the John Hancock Center's new "Tilt!" platform on its observation deck is definitely for you. The attraction opens to the public on Saturday at 9 a.m. and entails a moving glass and steel platform that relies on hydraulic pumps to tilt eight participants at a time forward to get an unusual--and, surely, terrifying to many--downward-facing look at Chicago's Magnificent Mile from a 30-degree angle. Marketing manager Leslie Cooke, left, and Laura Collins, of Isabelli Media Relations, lean back on 'Tilt' in Chicago, May 7, 2014. (Phil Velasquez Chicago Tribune/MCT via Getty Images)

Fandom powered by Wikia History Edit Early History A Swedish Billionaire Will Award $5 Million For Reimagining Global Governance Yes, you read that right. The Global Challenges Foundation, founded by the Swedish billionaire László Szombatfalvy, has launched an international competition in order to find a better system for world governance. As Szombatfalvy writes in a letter published on the Foundation's website: The greatest threats we face today transcend national boundaries; they therefore need to be addressed jointly by all countries based on an increased realization of our mutual dependence. [...] Our current international system – including but not limited to the United Nations - was set up in another era following the Second World War. It is no longer fit for purpose to deal with 21st century risks that can affect people anywhere in the world.

Century's longest lunar eclipse July 27 Image at top: Fully eclipsed moon on January 31, 2018, 20 minutes into totality, via Eliot Herman in Tucson, Arizona. The full moon on the night of July 27-28, 2018, presents the longest total lunar eclipse of the 21st century (2001 to 2100). The total phase of the eclipse – called the totality – spans 1 hour 42 minutes and 57 seconds. That’s in contrast to the shortest total lunar eclipse of this century, which occurred on April 4, 2015, and lasted 4 minutes and 48 seconds.

Eclipse 2018 live pictures: Best Blood Moon photos from lunar eclipse TODAY Getty Images 1 of 47 The full moon rises behind a cyclist's silhouette in Van, Turkey The lunar eclipse officially kicked off at 5.14pm Universal Time (UT) tonight when the Moon entered the Earth’s faint penumbral shadow. The first stage of the eclipse, the penumbral eclipse, is relatively faint but signals better things to come in the next two hours. At 6.24pmUT the partial eclipse will begin, when the Earth’s darker shadow, the umbra, bites into the glowing face of the Moon.

Balmoral cairns There are eleven stone cairns on the Balmoral estate in Deeside, Scotland, and a single cairn on the adjoining Birkhall estate. The cairns commemorate members of the British royal family and events in their lives.[1] The majority of the cairns were erected by Queen Victoria. The cairns commemorate the marriages of Victoria's children, of the Princess Royal (to Frederick, Crown Prince of Prussia in 1858), Prince Albert Edward, Princess Alice,[2] Princess Helena, Princess Louise,[3] Prince Arthur, Prince Leopold and Princess Beatrice.[4] Victoria's son Prince Alfred is unique in not having a cairn dedicated to him.[1] References[edit] External links[edit]

Loch Ness monster could be a giant eel, researcher claims After months of speculation surrounding a study into whether the Loch Ness monster was real, the researcher behind it has claimed it could be a giant eel and not a giant plesiosaur from a long-lost era. Speaking at a press conference early Thursday morning, New Zealand researcher Neil Gemmell gave his "plausible" explanation for what people may have seen in the past, but added that it is most certainly not a dinosaur. "We can't find any evidence of a creature that's remotely related to that in our environmental-DNA sequence data," Gemmell said, according to the BBC.

How to build a 'perfect' language It’s well known that JRR Tolkien wrote the Lord of the Rings cycle to create people to speak the languages he had invented. But, in the television age, artificially created or invented languages – we call them “conlangs” – have been gaining increasing attention with the popularity of television series such as Star Trek and Game of Thrones, and films such as Avatar. Fantasy and science fiction are the ideal vehicles for conlangs. Marc Okrand, an American linguist whose core research area is Native American languages, invented Klingon for Star Trek, while Paul Frommer of the University of Southern California created the Na'vi language for Avatar.