- CryoSat sheds new light on Antarctica’s biggest glacier. Ice loss from Pine Island Glacier has contributed more to sea-level rise over the past four decades than any other glacier in Antarctica. 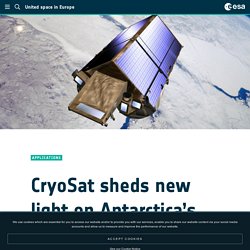 However, the way this huge glacier is thinning is complex, leading to uncertainty about how it is likely to raise sea level in the future. Thanks to ESA’s CryoSat mission, scientists have now been able to shed new light on these complex patterns of ice loss. Although Pine Island Glacier is one of the most intensively and extensively investigated glacier systems in Antarctica, different model projections of future mass loss give conflicting results; some suggesting mass loss could dramatically increase over the next few decades, resulting in a rapidly growing contribution to sea level, while others indicate a more moderate response. Identifying which is the more likely behaviour is important for understanding future sea-level rise and how this vulnerable part of Antarctica is going to evolve over the coming decades. Lead author Prof. Thank you for liking. Siberian Neanderthals were intrepid nomads. A new study, published online today in the Proceedings of the National Academy of Sciences, reveals that Neanderthals made an intercontinental trek of more than 3000 km to reach Siberia's Altai Mountains, equipped with a distinctive toolkit used to kill and butcher bison and horses. 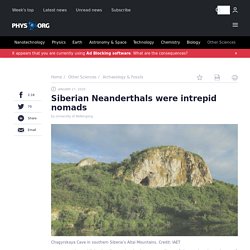 Neanderthals are our nearest evolutionary cousins and survived until around 40,000 years ago in western Europe. Their legacy lives on today in the DNA of all people with European or Asian ancestry. Neanderthal fossils were first reported from the Altai Mountains—the easternmost outpost of their known geographic range—in 2007. Nestled in the foothills, Chagyrskaya Cave has yielded 74 Neanderthal fossils, more than any other site in the region, as well as almost 90,000 stone tools and numerous bone tools made by Neanderthals. The 3.5 meter-thick cave deposits were first excavated in 2007.

Using a variety of statistical tests, Dr. More information: Kseniya A. This document is subject to copyright. 200 years of exploring Antarctica – the world's coldest, most forbidding and most peaceful continent. Antarctica is the remotest part of the world, but it is a hub of scientific discovery, international diplomacy and environmental change. 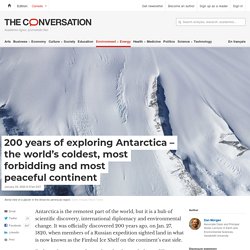 It was officially discovered 200 years ago, on Jan. 27, 1820, when members of a Russian expedition sighted land in what is now known as the Fimbul Ice Shelf on the continent’s east side. Early explorers were drawn there by the mythology of Terra Australis, a vast southern continent that scholars imagined for centuries as a counterweight to the Northern Hemisphere. Others sought economic bounty from hunting whales and seals, or the glory of conquering the planet’s last wilderness. Still others wanted to understand Earth’s magnetic fields in order to better navigate the seas. Dentist collecting ancient artifacts for 25 years. BALIKESİR - Demirören News Agency. 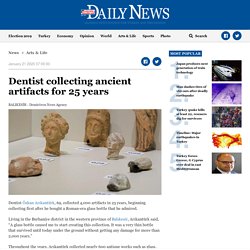 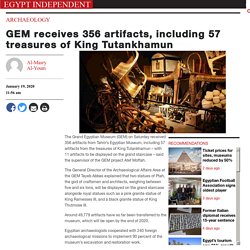 The General Director of the Archaeological Affairs Area at the GEM Tayeb Abbas explained that two statues of Ptah, the god of craftsmen and architects, weighing between five and six tons, will be displayed on the grand staircase alongside royal statues such as a pink granite statue of King Ramesses III, and a black granite statue of King Thutmose III. Around 49,779 artifacts have so far been transferred to the museum, which will be open by the end of 2020. Egyptian archaeologists cooperated with 240 foreign archaeological missions to implement 90 percent of the museum’s excavation and restoration work. Oxus Treasure. The Oxus Treasure is a collection of 180 artifacts of precious metal, dated to the Achaemenid Empire (c. 550-330 BCE), which were discovered on the north bank of the Oxus River near the town of Takht-i Sangin in Tajikstan between 1876-1880 CE (commonly given as 1877 CE). 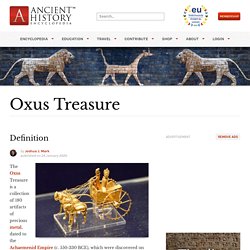 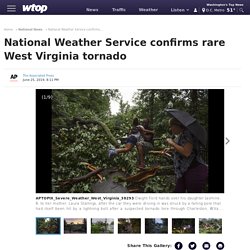 See photos. CHARLESTON, W.Va. (AP) — The National Weather Service says storm-related damage indicates that a rare tornado touched down in West Virginia. The weather service tweeted that a tornado hit the Alum Creek area Monday night along U.S. Route 119 southwest of Charleston. What is the Hottest Place on Earth? It was a record breaking decade—and not in a good way. 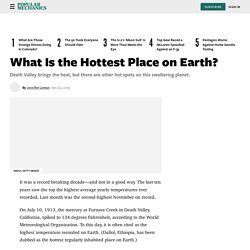 The last ten years saw the top the highest average yearly temperatures ever recorded. Last month was the second-highest November on record. European blond hair may have originated on the North Eurasian Mammoth steppe. The quote below is from the recent Mathieson et al. 2017 preprint on the population history of Southeastern Europe and surrounds. 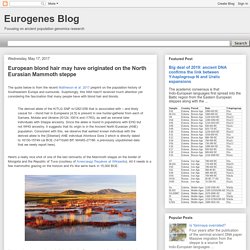 Surprisingly, this titbit hasn't received much attention yet considering the fascination that many people have with blond hair and blonds. Most Beautiful Colorized Images In History. Iceland’s Visa Requirements. Iceland at a Glance Expats dream of a move to Iceland for the breathtaking nature, for the friendly people, and for the country’s rich history. 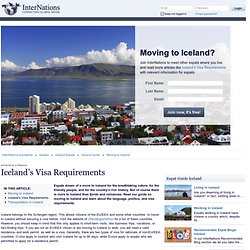 Axis Mundi in Alternative Religions. 'Axis Mundi' and the Sacred Mountains of the Earth. On the days of the winter and summer solstices, is packed with folks who dress in white and climb to the top of the Pyramid of the Sun. They stand at the top with arms outstretched to receive the special energy of the site on that day. (© 2007 Suzanne Barbezat) This belief has been partially explained in terms of psychology by saying that “home is indeed the center of one's known universe, the point of one's origin: from it one may venture in any of the four cardinal directions, make discoveries, and establish new centers.”

(See This may sound plausible, but it cannot explain other things, the most important of which, in my view, is that a greater center cannot be an image of a lesser one; all symbols or images are formed from greater objects. The book of Genesis says, “God created man in his own image; in his own image He created them.” Are You An Author? Skyscraper's New Tourist Magnet Is Basically Hell On Earth For Acrophobes. If you're afraid of heights, you might want to sit this one out. But if you like the idea of getting a bird's eye view of the Chicago streets from 94 floors--and 1,000 feet--above the ground, the John Hancock Center's new "Tilt! " platform on its observation deck is definitely for you. The attraction opens to the public on Saturday at 9 a.m. and entails a moving glass and steel platform that relies on hydraulic pumps to tilt eight participants at a time forward to get an unusual--and, surely, terrifying to many--downward-facing look at Chicago's Magnificent Mile from a 30-degree angle.