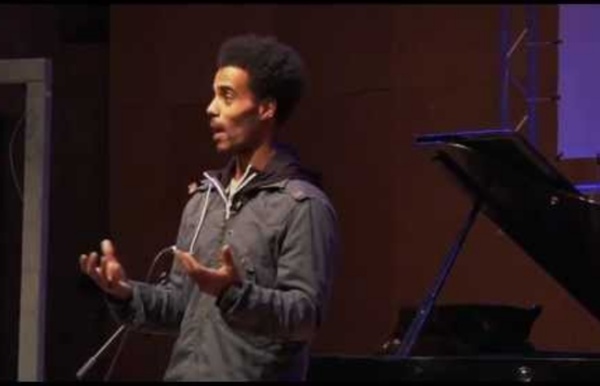 Victorian women poets of WW1: capturing the reverberations of loss Just as fiction’s George Smiley made sense of the world - and even made his baffling way about a world at war through knowing the works of minor German poets - our own very real Michael Sharkey (who has an equally resonant and unlikely name) has found that his passion for a certain strain of minor poets also intersects with history, war, intrigue, political resistance and troubling nationalism. His remarkable new anthology, Many Such as She: Victorian Australian Women Poets of World War One, arose from Sharkey’s interest in civilian poets’ responses to the war that produced those soldier poets still gracing school and university curriculums a century on. But why civilian poets, and why women?

Disability Social History Project - Timeline "Freak Shows" in the United States (1840-1940) How'd You Like to be a Giant? For one hundred years (1840 - 1940) the freak show was one of America's most popular forms of entertainment. A Quick Guide to Reading Shakespeare Probably the number one complaint about reading Shakespeare is that it doesn't always read like "normal" English. It's a natural and legitimate accusation. Shakespeare wrote for an audience over 400 years ago. Addicting Info – Rich Guys Try To Kick Poor Kids Off Their Own Playing Field, Get A Life Lesson Instead (VIDEO) This is what happened when a group of wealthy, white tech workers in San Francisco attempted to kick a group of local kids off their playing field — they got a life lesson they’ll never forget. The Mission Playing Field, enjoyed for decades as a shared public space, is being privatized by San Francisco Parks & Recreation in collusion with the private City Fields Foundation. Without community approval, the private foundation decided to issue costly permits to use the small traditional pick-up soccer field. So, the inevitable happens and the entitled show up and try to kick the neighborhood kids off of the field at prime time without even showing their “permit.” They don’t want to wait their turn and play with everyone else.

A South African’s guide to when it’s okay to call Nelson Mandela ‘Madiba’ By Max Fisher December 9, 2013 (Gareth Davies/Getty Images) For many years, South Africans have affectionately referred to Nelson Mandela by his traditional Xhosa clan name, "Madiba." It's a term of endearment, respect and familiarity. Poetry Programming for National Poetry Month I know April is right around the corner, but if you’re scrambling for poetry programming ideas here are a few to think on! #1: Blackout Poetry Materials: Book pages, markers/colored pencils, newspaper, ruler Mother killed herself and daughter in car fire A single mother who was the focus of a sustained campaign of abuse from a gang of youths killed herself and her teenage daughter by setting her car on fire, an inquest heard yesterday. Fiona Pilkington, 38, committed suicide in October 2007 by parking in a lay-by in South Leicestershire with her daughter, Francecca, 18, dousing the back seat in petrol before setting it alight with both women still inside. The fumes in the car caused an explosion, destroying the Austin Maestro and killing Ms Pilkington, who was in the driver's seat next to her daughter. The pair had to be identified by matching DNA samples taken from relatives with swabs recovered from the scene.

Life and times Very little is known for certain about William Shakespeare. What we do know about his life comes from registrar records, court records, wills, marriage certificates and his tombstone in Holy Trinity Church, Stratford-upon-Avon. William Shakespeare was baptised on 26 April 1564 at Holy Trinity in Stratford-Upon-Avon. Traditionally his birthday is celebrated three days earlier, on 23 April, St George's Day. William's father, John Shakespeare, was an affluent glove maker, tanner and wool dealer who owned property in Stratford.

City ends reserved soccer at Mission Playground after Dropbox flap The San Francisco Recreation and Park Department has decided to end reserved adult play at Mission Playground — the site of a video-recorded confrontation between tech workers and locals that went viral — after meeting with a group of neighborhood kids on Wednesday, according to department director Phil Ginsburg. Ginsburg said park officials met with a combination of kids and youth soccer advocates and came to the conclusion that, in this instance, the need for unstructured play on weekday evenings outweighed the desire to accommodate adults. “The most compelling suggestions came from the kids who said, ‘This is a safe place we can come and play and we feel like we need more time,’” said Ginsburg. “Our first priority is kids. We are always striving to balance different types of play.” Youth teams will continue to be able to reserve the field after school until 7 p.m.

Angela Davis & Toni Morrison / How do we become whole ... after traumas that threaten to splinter our souls?: On literacy, libraries, & liberation » onlineJournal “Write it down, girl. Tell everyone how much it hurts. Sharing will make it easier to bear.” A Beginner's Guide to Different Types of Poems The art of losing isn’t hard to master;so many things seem filled with the intentto be lost that their loss is no disaster. Lose something every day. Accept the flusterof lost door keys, the hour badly spent.The art of losing isn’t hard to master. Then practice losing farther, losing faster:places, and names, and where it was you meantto travel.

How the World Perceives the New American Dream The American dream has always been global. In 1931, when the historian James Truslow Adams first introduced the concept, he credited the dream with having “lured tens of millions of all nations to our shores.” Yet in recent years, a troubling gap has developed between this original dream and a new one that speaks far less eloquently to the rest of the world. The original dream has three strands. The only guide to Gamergate you will ever need to read Anita Sarkeesian, the feminist writer and media critic who has been attacked in “Gamergate.” (Feminist Frequency/Flickr) Gamergate, the freewheeling catastrophe/social movement/misdirected lynchmob that has, since August, trapped wide swaths of the Internet in its clutches, has still — inexplicably! — not burned itself out. Late last week, when many of us thought we’d seen its end, the mob drove yet another woman from her home: This one, Brianna Wu, because she dared to tweet some jokes about the ongoing drama. Here at the Intersect, we have ignored Gamergate for as long as humanly possible — in large part because it’s been covered in enormous, impressive depth elsewhere, and in smaller part because we’re exhausted by the senseless, never-ending onslaught of Internet misogyny, which really can’t be explained in a blog post — or, frankly, anywhere else.

Related:
Related:  Poetry   -  2ºESO   -  Growth & Identity   -  Identity Federatation   -  digital identity   -  Femme Identity   -  Identity   -  brand identity   -  Gerrard's departure and a loss of identity   -  Identity   -  Sexual identity   -  Disability identity   -  Identity Management   -  Identity   -  GUYS READ   -  xkcd: Password Reuse   -  WikiLeaks - Wikipedia   -  myrrhdomingo.com   -  How Companies Learn Your Secrets - NYTimes.com   -  David Birch: Identity without a name | Video on TED.com   -  What The Most Successful People Do Before Breakfast | Fast Company | Business + Innovation   -  Aaron Swartz - Wikipedia, the free encyclopedia   -  Instantly Move Money to All Corners of the World   -  NSA whistleblower Edward Snowden: 'I don't want to live in a society that does these sort of things' - YouTube   -  Facebook privacy and kids: Don’t post photos of your kids online.   -  Meet the machines that steal your phone’s data   -  Hip-Hop Sampling - Copyright Criminals | The Arts | Classroom Resources | PBS LearningMedia   -  Historical Timeline of Public Education in the US | Race Forward   -  Millennials, racism, and MTV poll: Young people are confused about bias, prejudice, and racism.   -  The Case for Reparations - The Atlantic   -  Why so many kids can’t sit still in school today - The Washington Post   -  America Is Not For Black People   -  The right — and surprisingly wrong — ways to get kids to sit still in class - The Washington Post   -  The Literary United States: A Map of the Best Book for Every State - Brooklyn Magazine   -  Teacher spends two days as a student and is shocked at what she learns - The Washington Post   -  Last Week Tonight with John Oliver: Government Surveillance (HBO) - YouTube   -  Cornel West's Rise and Fall by Michael Eric Dyson | The New Republic   -  BITNATION: Governance 2.0