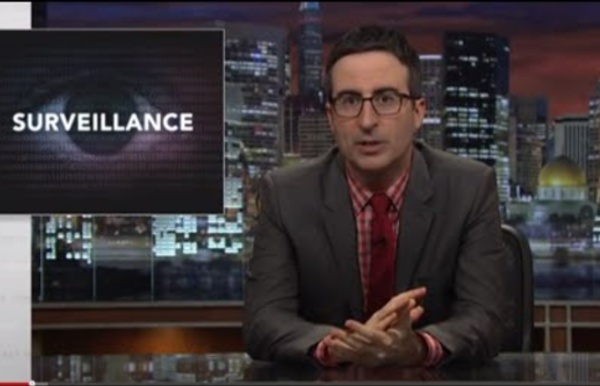 After Senate vote, NSA prepares to shut down phone tracking program Hours after the Senate balked at reauthorizing the bulk collection of U.S. telephone records, the National Security Agency began shutting down a controversial program Saturday that senior intelligence and law enforcement officials say is vital to track terrorists in the United States. The Senate had debated into early predawn hours Saturday but failed to reach a deal to reform the program or extend its life beyond May 31, when the law used to authorize it is set to expire. Lawmakers then left on a weeklong recess, vowing to return at the end of it to try again in a rare Sunday session. Administration officials said later that they had to start the lengthy procedure of winding down the counter-terrorism program in anticipation of Congress failing to act. “That process has begun,” an administration official said Saturday. The data include the number dialed, duration, date and time for most telephone calls made by Americans.

You Can Be Prosecuted for Clearing Your Browser History Khairullozhori Matanov, a friend of the Boston bomber, is being sentenced under a law whose purview is growing disturbingly wide. Matanov and his lawyer Paul Glickman stand before Judge Marianne B. Bowler on Friday, May 30, 2014 in Boston. Assange appeal rejected by Sweden's supreme court Sweden’s highest court has thrown out Julian Assange’s appeal against his arrest warrant, dashing his immediate hopes of an end to his three-year confinement in Ecuador’s embassy in London. His lawyers were, however, encouraged by a 4-1 decision by the judges, which a senior legal figure said indicated the court could still change its mind. The WikiLeaks founder is wanted for questioning in Sweden following allegations of sex crimes that date from August 2010. But without a guarantee he would not be extradited to the US to face espionage charges, he has refused to travel to Sweden and in 2012 sought asylum in the Ecuadorian embassy. Stockholm’s supreme court said in its ruling on Monday: “The public interest in the investigation continues to weigh heavily.

New police radars can 'see' inside homes Radar devices allowing officers to detect movement through walls have been secretly used by at least 50 U.S. law enforcement agencies over the last two years. VPC WASHINGTON — At least 50 U.S. law enforcement agencies have secretly equipped their officers with radar devices that allow them to effectively peer through the walls of houses to see whether anyone is inside, a practice raising new concerns about the extent of government surveillance. Those agencies, including the FBI and the U.S. Marshals Service, began deploying the radar systems more than two years ago with little notice to the courts and no public disclosure of when or how they would be used. The technology raises legal and privacy issues because the U.S.

Kyllo v. United States Kyllo v. United States, 533 U.S. 27 (2001), held that the use of a thermal imaging, or FLIR, device from a public vantage point to monitor the radiation of heat from a person's home was a "search" within the meaning of the Fourth Amendment, and thus required a warrant. Facts[edit] Department of the Interior used a thermal imaging device outside of Danny Lee Kyllo's home in Florence, Oregon. According to the District Court that presided over Kyllo's evidentiary hearing, the device could not "penetrate walls or windows to reveal conversations or human activities. The device recorded only heat being emitted from the home."

Secret US cybersecurity report: encryption vital to protect private data A secret US cybersecurity report warned that government and private computers were being left vulnerable to online attacks from Russia, China and criminal gangs because encryption technologies were not being implemented fast enough. The advice, in a newly uncovered five-year forecast written in 2009, contrasts with the pledge made by David Cameron this week to crack down on encryption use by technology companies. In the wake of the Paris terror attacks, the prime minister said there should be no “safe spaces for terrorists to communicate” or that British authorites could not access.

Obama's Computer Security Solution is a Mishmash of Old, Outdated Policy Solutions The Obama Administration is on a roll with proposing legislation that endangers our privacy and security. Over the course of two days, President Obama proposed a cybersecurity bill that looks awfully similar to the now infamous CISPA (with respect to information sharing), a computer crime bill that is the opposite of our own proposed computer crime reform, and a data breach law weaker than the current status quo. All three of the bills are recycled ideas that have failed in Congress since their introduction in 2011. They should stay on the shelf. Zombie Bill Dead in 2013, Stumbles from the Grave in 2015

Aaron Swartz Aaron Hillel Swartz (November 8, 1986 – January 11, 2013) was an American computer programmer, entrepreneur, writer, political organizer and Internet hacktivist who was involved in the development of the web feed format RSS[3] and the Markdown publishing format,[4] the organization Creative Commons,[5] the website framework web.py[6] and the social news site, Reddit, in which he became a partner after its merger with his company, Infogami.[i] He committed suicide while under federal indictment for data-theft, a prosecution that was characterized by his family as being "the product of a criminal-justice system rife with intimidation and prosecutorial overreach".[7] Swartz's work also focused on sociology, civic awareness and activism.[8][9] He helped launch the Progressive Change Campaign Committee in 2009 to learn more about effective online activism.