The Nigerian filmmakers risking jail with lesbian movie Ife. Image copyrightPAmela Adie Two Nigerian filmmakers face the prospect of imprisonment if they ignore the stern warning of the authorities and proceed with the release of a movie about a lesbian relationship. 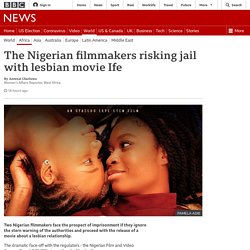 The dramatic face-off with the regulators - the Nigerian Film and Video Censors Board (NFVCB) - is worthy of a film itself. Producer Pamela Adie and director Uyaiedu Ikpe-Etim are determined that Ife (meaning "love" in the Yoruba language) reaches a Nigerian audience, but the NFVCB says it will not be approved as it violates the country's strict laws on homosexuality. International premiere To get around this, the filmmakers are planning a surprise online release to catch the regulators off-guard. London Pride parade: History of gay rights in the UK - CBBC Newsround. AFP/Getty Images The Pride parade in London is taking place on Saturday 6 July. 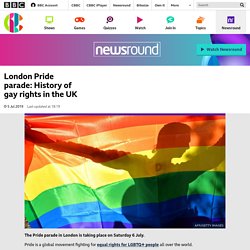 Pride is a global movement fighting for equal rights for LGBTQ+ people all over the world. LGBTQ+ stands for lesbian, gay, bi, trans and queer. De-switching: How BAME and LGBT people 'blend in' Image copyright Tom Haire, Shaina West, Getty You'd never chat to your boss in the same way you speak to friends in the pub, that's just common sense. 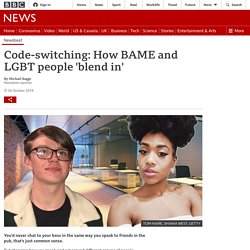 But changing how you speak and act around different groups of people happens a lot and can affect you in a big way. The technical term for it is code-switching, and if you're reading this in work, then there's a good chance your black, Asian and minority ethnic (BAME) and LGBT colleagues are doing it right now. Gay man wins Supreme Court case on equal pension rights. Media playback is unsupported on your device A gay man has won a landmark ruling which will give his husband the same pension rights as a wife would receive. 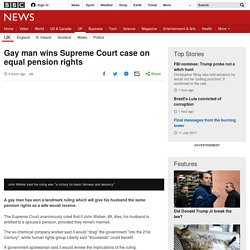 The Supreme Court unanimously ruled that if John Walker, 66, dies, his husband is entitled to a spouse's pension, provided they remain married. The ex-chemical company worker said it would "drag" the government "into the 21st Century", while human rights group Liberty said "thousands" could benefit. A government spokesman said it would review the implications of the ruling. Ireland set to have first gay PM. Leo Varadkar has been announced as the leader of the biggest party in Ireland's ruling coalition, Fine Gael. 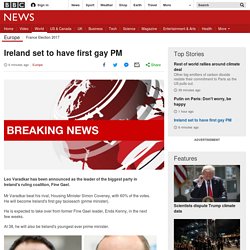 Mr Varadkar beat his rival, Housing Minister Simon Coveney, with 60% of the votes. He will become Ireland's first gay taoiseach (prime minister). He is expected to take over from former Fine Gael leader, Enda Kenny, in the next few weeks. At 38, he will also be Ireland's youngest ever prime minister. Image copyright PA The leadership was decided in an electoral college system that gives 65% of the vote to the Fine Gael parliamentary party - made up of 73 TDs (members of the Irish assembly), senators and MEPs.

The party's 21,000 rank-and-file members have 25% of the vote, and 235 local representatives 10%. Oxford University puts up more portraits of women. 100 Women 2016: My sham marriage. In China, the pressure for young women to get married is huge. 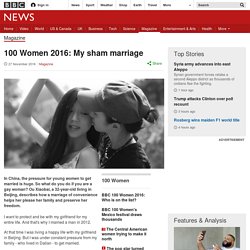 So what do you do if you are a gay woman? Ou Xiaobai, a 32-year-old living in Beijing, describes how a marriage of convenience helps her please her family and preserve her freedom. I want to protect and be with my girlfriend for my entire life. LGBT characters on TV 'at record high' Image copyright AP Shows like Transparent mean there are more LGBT (lesbian, gay, bisexual and transgender) characters on US TV than ever before, a report has found. 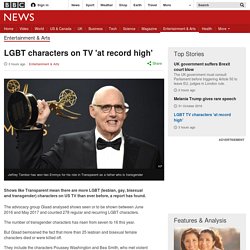 The advocacy group Glaad analysed shows seen or to be shown between June 2016 and May 2017 and counted 278 regular and recurring LGBT characters. The number of transgender characters has risen from seven to 16 this year. But Glaad bemoaned the fact that more than 25 lesbian and bisexual female characters died or were killed off. Being gay when it was still a crime - BBC Newsbeat. fE bishop reveals he is in gay relationship. The bishop of Grantham has become the first Church of England bishop to say that he is gay and in a relationship. 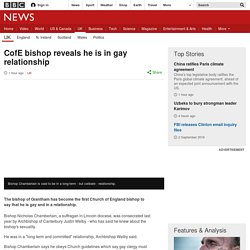 Bishop Nicholas Chamberlain, a suffragan in Lincoln diocese, was consecrated last year by Archbishop of Canterbury Justin Welby - who has said he knew about the bishop's sexuality. He was in a "long-term and committed" relationship, Archbishop Welby said. Bishop Chamberlain says he obeys Church guidelines which say gay clergy must remain celibate. Miss Fa'afafine: Behind Samoa's 'third gender' beauty pageant. Image copyright SFA. 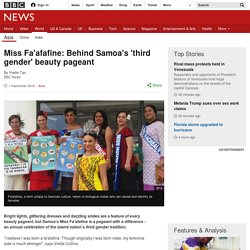 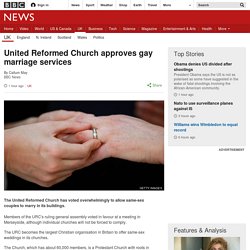 Viewpoint: How has marriage changed life for gay people? Image copyright Getty Images Writer and activist Peter McGraith married his partner David in the first ceremony conducted under the Marriage (Same Sex Couples) Act 2013 covering most of the UK. Here, he asks what effect it's had on gay and lesbian couples - and on marriage itself. Do we care if marriage equality contributes to the demise of gay culture, identity and community?

I do. Pursuing the pink pound: How big is the UK's LGBT market? Civil partnerships: Ten years on. On 19 December 2005, the UK's first civil partnerships took place. In the 10 years that have followed, nearly 140,000 people have entered into one, while more than 9,000 same-sex couples have since married. Two couples whose lives were changed by civil partnerships describe what it meant to them. Where is it illegal to be gay? 10 February 2014Last updated at 12:23 ET Millions of people continue to live in places that outlaw same-sex relationships and prosecute people for being gay. In five countries and in parts of two others, homosexuality is still punishable with the death penalty, while a further 70 imprison citizens because of their sexual orientation.

Even where homosexuality is legal, many countries treat those in same-sex relationships differently, such as having an unequal age of consent or a ban on marriage. In Russia, host of the Sochi Winter Olympics, a law banning the promotion of "non-traditional" sexuality to under-18s was introduced last year.