Sam Harris on "Free Will" 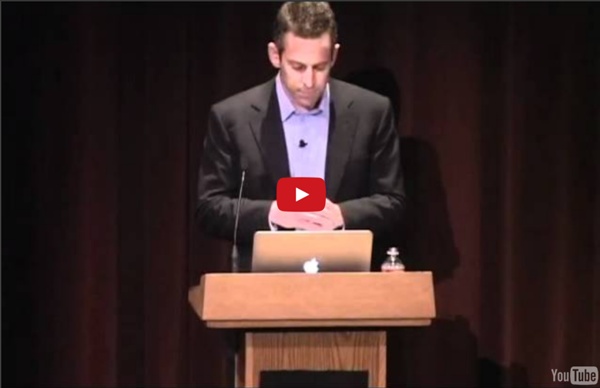 Group Marriage and the Future of the Family With the traditional nuclear family well on its way to extinction, we are faced with a question of critical importance: who will mind the children? Neither two-career nor single-parent families offer children full-time, loving caretakers, and quality day care is both scarce and expensive. Nanny's are a luxury out of reach for most families making up the 99 percent. NETFLIX Netflix uses cookies for advertising, personalization and other purposes. Learn more or change your cookie settings. By continuing to use our service, you agree to our use of cookies. We use cookies (why?). You can change cookie settings; continued site use signifies consent. Close Judith Jarvis Thomson: A Defense of Abortion Judith Jarvis Thomson: A Defense of Abortion From Philosophy & Public Affairs, Vol. 1, no. 1 (Fall 1971). (Reprinted in "Intervention and Reflection: Basic Issues in Medical Ethics," 5th ed., ed. Ronald Munson (Belmont; Wadsworth 1996). pp 69-80.)

Apple Television, AirPlay and Why the iPad is the new TV Apps Platform - Jeremy Allaire - Voices Ever since the publication of Walter Issacson’s biography on Steve Jobs where he cites Steve as saying that he and Apple had “cracked the code” on TV, there has been insane speculation about Apple’s purported forthcoming TV products and strategy. And appropriately so — Apple’s rise as the dominant global consumer electronics powerhouse for Internet platforms and devices ensures that whatever the company does, it will be transformative for consumers and the TV industry. Much of the speculation has focused on whether a proper Apple Television monitor product would arrive, what size, shape and features it might present, and how it might integrate with Apple’s cloud services. Vitally, the speculation has also dovetailed with a belief that if and when Apple launches a TV (beyond the Apple TV puck offered today) that Apple will attempt to challenge the cable TV industry with a new subscription-based offering for mainstream TV content. Will there be a new TV monitor product?

Group settings can diminish expressions of intelligence, especially among women In the classic film 12 Angry Men, Henry Fonda's character sways a jury with his quiet, persistent intelligence. But would he have succeeded if he had allowed himself to fall sway to the social dynamics of that jury? Research led by scientists at the Virginia Tech Carilion Research Institute found that small-group dynamics -- such as jury deliberations, collective bargaining sessions, and cocktail parties -- can alter the expression of IQ in some susceptible people. "You may joke about how committee meetings make you feel brain dead, but our findings suggest that they may make you act brain dead as well," said Read Montague, director of the Human Neuroimaging Laboratory and the Computational Psychiatry Unit at the Virginia Tech Carilion Research Institute, who led the study. "We started with individuals who were matched for their IQ," said Montague.

Ask Chris #81: Scooby-Doo and Secular Humanism Here at ComicsAlliance, we value our readership and are always open to what the masses of Internet readers have to say. That’s why every week, Senior Writer Chris Sims puts his comics culture knowledge to the test as he responds to your reader questions! Q: On Scooby-Doo, do you prefer the monsters to be real or people in costumes? — @heythisisbrian A: You know, as much as I tend to allow myself to be defined by my obsessions — and in this column, one in particular definitely springs to mind — I never really thought of myself as a big Scooby-Doo fan until pretty recently. Five myths about marriage The value placed on fidelity — especially male fidelity — has arguably never been higher. In the late 19th century in the United States, an epidemic of venereal disease plagued respectable middle-class wives because so many of their husbands frequented prostitutes. In the 1920s, Somerset Maugham’s play “The Constant Wife” raised eyebrows because its heroine rejects the urging of friends and family to follow convention and ignore her husband’s affair.

1. Dangers of Crying It Out Letting babies "cry it out" is an idea that has been around since at least the 1880s when the field of medicine was in a hullaballoo about germs and transmitting infection and so took to the notion that babies should rarely be touched (see Blum, 2002 , for a great review of this time period and attitudes towards childrearing). In the 20 th century, behaviorist John Watson (1928), interested in making psychology a hard science, took up the crusade against affection as president of the American Psychological Association. He applied the mechanistic paradigm of behaviorism to child rearing, warning about the dangers of too much mother love. The 20 th century was the time when "men of science" were assumed to know better than mothers, grandmothers and families about how to raise a child. Too much kindness to a baby would result in a whiney, dependent, failed human being.

Why our minds have probably evolved as far as they can go SExpand OK..this is going to sound like I am tooting my own horn...but this is my experience, and all experiences are equally valid right? I have an almost photographic memory. I remember almost everything I pay attention to. Minds are as clever as they will ever be, say scientists It’s all downhill from here â we are as clever as we are ever going to be, scientists have concluded. If our brains were to evolve any further, it would increase the risk of disorders such as autism. Our grey matter has hit an evolutionary âsweet spotâ â with theÂ perfect balance between high intelligence and a balanced personality. But scientists claim that, if our brains did become more advanced, we would be more likely to develop disorders such as autism or synaesthesia, where several senses âjoin togetherâ and are indistinguishable.

‘Mind uploading’ featured in academic journal special issue for first time (Credit: stock image) The Special Issue on Mind Uploading (Vol. 4, issue 1, June 2012) of the International Journal of Machine Consciousness, just released, “constitutes a significant milestone in the history of mind uploading research: the first-ever collection of scientific and philosophical papers on the theme of mind uploading,” as Ben Goertzel and Matthew Ikle’ note in the Introduction to this issue. “Mind uploading” is an informal term that refers to transferring the mental contents from a human brain into a different substrate, such as a digital, analog, or quantum computer. It’s also known as “whole brain emulation” and “substrate-independent minds.” Serious mind uploading researchers have emerged recently, taking this seemingly science-fictional notion seriously and pursuing it via experimental and theoretical research programs, Goertzel and Ilke’ note.