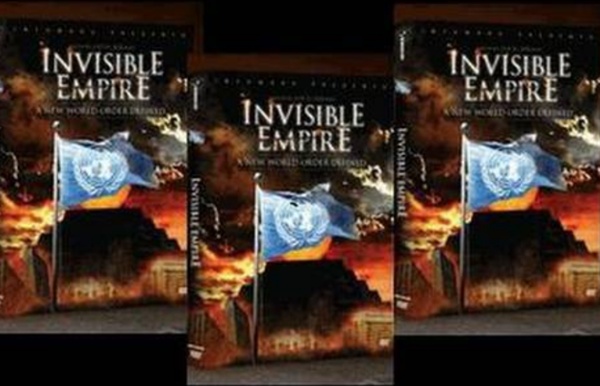 What is the New World Order and Why Does it Matter? Fabian socialist H.G. Wells set the stage for the sci fi deception of the new world order. [Many readers have requested some articles that are more readable and simple. This is an old article I have redone to aid those that want a better introduction to what this site is all about.] By: Jay

The Cost of a Coke Coca Cola, we've found out, has actually been cooperating with paramilitaries in Colombia to execute workers in their own bottling plants that are trying to form unions and trying to demand better working conditions. So we've been able to bring this to the attention of Universities and say 'if Coca Cola doesn't stop doing this and if Coca Cola doesn't adopt different practices, then our University is no longer willing to have anything to do with Coca Cola. In the world of the Coca-Cola Company, whenever there's a union there's always a bust, whenever there's corruption there's always the real thing, yeah!! Justice Productions second release, The Cost of a Coke: 2nd Edition is the updated version to Matt Beard's first documentary, The Cost of a Coke. The Cost of a Coke: 2nd Edition explores the corruption and moral bankruptcy of the world's most popular soda, and what you can do to help end a gruesome cycle of murders and environmental degradation. Watch the full documentary now

Brzezinski: The Politically Awakened Masses are a Threat to the NWO Written by Lisa Cerda 26 Jul 2014 Former US National Security Advisor Zbigniew Brzezinski forewarns the globalists that “a universal awakening of mass political consciousness.” has happened due to “instant mass communications such as radio, television and the Internet” and that that a worldwide “resistance” movement and “populist activism” has thwarted the New World Order implementation. No longer is their “external control” yielding the benefits of the past.

Watch Confessions of an Undercover Cop Documentary Online Free The inside story of Mark Kennedy, the police officer who spent eight years undercover as a dedicated activist, having infiltrated the environmental movement and Europe’s left-wing extremist political groups. Now, with his cover blown, Kennedy has lost his wife and children, and the friends he made during his time with the protesters have labelled him a traitor. In this Cutting Edge film, he discusses the consequences of his actions, as police bosses claim he has forgotten who he really is.

The Pitchforks are Coming…– A Dire Warning from a Member of the 0.01% If we don’t do something to fix the glaring inequities in this economy, the pitchforks are going to come for us. No society can sustain this kind of rising inequality. In fact, there is no example in human history where wealth accumulated like this and the pitchforks didn’t eventually come out. You show me a highly unequal society, and I will show you a police state. Or an uprising. There are no counterexamples.

End of Liberty End of Liberty exposes from a real life perspective how the U.S. is headed for a complete societal collapse. All Americans are now experiencing countless warning signs on a daily basis that a societal collapse is near. Unfortunately, most Americans don't understand the significance of these warning signs. Where Does the Real Problem Reside? Two Charts Showing the 0.01% vs. the 1% While I always supported the overall message and energy that encompassed the Occupy Wall Street movement, I never backed the slogan of the 1% vs. the 99%. From my own personal experience, it is entirely clear that the actual problem is a far smaller group within the 1%, the 0.1% or the 0.01% (although I recognize “We Are the 99.9%” isn’t catchy). This is why you’ll never hear me demonize “the 1%”, rather I always try to use the term oligarch, which refers a small handful of people who benefit most disproportionately from Federal Reserve handouts, D.C. corruption, tax code loopholes and the destructive trend of financialization generally. This is is also why I became so disgusted by Sam Zell’s ignorant and destructive comments on Bloomberg television earlier this year that decided to pen an open letter to him. Thanks to The Atlantic, we now have two charts that show what I have been writing about for many years now. From The Atlantic:

Best World War 2 Documentaries Thanks to the valiant efforts of television producers the world over (and a few dubious cable channels), you don't have to learn about the past through books. Instead, you can sit back, relax and have your history accompanied by genuine footage from the time. This is my list of the best World War 2 documentaries you can buy: some great series haven’t been released. The New World Order: Does It All Just Boil Down To A Battle For Your Soul? From its very inception, the Leninist/Marxist ideology of the Soviet Union made it a central priority to dispel and subjugate religious and spiritual expression. The state was “god.” No other god could be allowed to flourish, for if the people were given license and freedom of belief in something beyond themselves and beyond the establishment, they would retain a sense of rebellion. The collectivist philosophy requires the utter destruction of all competitors; otherwise, it can never truly prevail. Atheism became the cult of choice among the communists, for in an atheist world there is nothing beyond the veil.

Obama’s Geopolitical China ‘Pivot’: The Pentagon Targets China Since the collapse of the Soviet Union and the nominal end of the Cold War some twenty years back, rather than reducing the size of its mammoth defense spending, the US Congress and all US Presidents have enormously expanded spending for new weapons systems, increased permanent military bases around the world and expansion of NATO not only to former Warsaw Pact countries on Russia’s immediate periphery; it also has expanded NATO and US military presence deep into Asia on the perimeters of China through its conduct of the Afghan war and related campaigns. Part I The Pentagon Targets China On the basis of simple dollar outlays for military spending, the US Pentagon combined budget, leaving aside the huge budgets for such national security and defense-related agencies of US Government as the Department of Energy and US Treasury and other agencies, the US Department of Defense spent some $739 billion in 2011 on its military requirements. Obama Doctrine: China is the new ‘enemy image’

LEAKED NORTH KOREAN DOCUMENTARY ‘EXPOSES WESTERN PROPAGANDA’ (AND IT’S SCARY HOW TRUE IT IS) Sabine is a YouTube user who, during a visit to family living in South Korea in April of this year, was given a DVD by a man and a woman claiming to be North Korean “defectors”, and was asked to translate the film so it could be posted on the internet and reach a wider audience. What the DVD turned out to be was something much more than Sabine, or anyone else, probably would’ve imagined, and something that certainly has found a widespread audience on the internet over the last month or so – it was a film called “PROPAGANDA”, a documentary about capitalism, imperialism, mass manipulation of western culture for the purpose of commodification, and how it permeates every aspect of the lives of blissfully ignorant, borderline zombie masses. And jesus, is it on the fucking money. From the video’s description - North Korea in the 1980s The movie opens:

Olduvai Theory: Sliding Towards a Post-Industrial Stone Age, by Richard Duncan click here Indeed, the ability to control energy, whether it be making wood fires or building power plants, is a prerequisite for civilization. -- Isaac Asimov, 1991 In 1989, I concluded that the life-expectancy of Industrial Civilization is horridly short. This hypothesis was defined in terms of a measurable index, world energy-use per person, and named the "transient-pulse theory of Industrial Civilization."