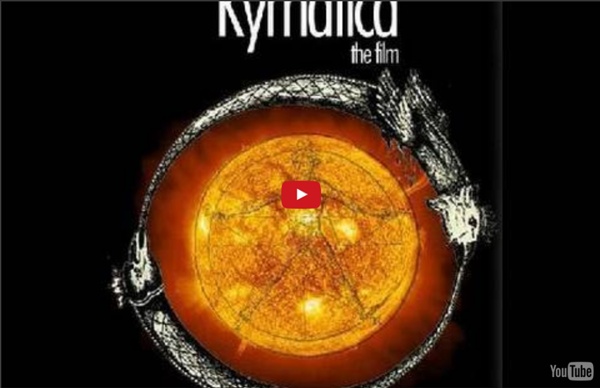 9 Sci-Fi Movies That Will Profoundly Change Your Perspective On Life Source: www.learning-mind.com | Original Post Date: March 13, 2016 – Here is a list of some of the most influential and thought-provoking sci-fi movies of all time. They will certainly rock your world and make you question your way of thinking and believing in what is possible. These sci-fi movies had a great impact on me the first time I watched them and, to be honest, I’ve re-watched them several times in a state of awe. They will surely have the same effect on you too and influence you to develop a different perspective on the way you observe life and the very foundations of reality.

Spiritual Science - DNA is influenced by Words and Frequencies DNA Can Be Influenced And Reprogrammed By Words And Frequencies Russian DNA Discoveries 2005 10 21 By Grazyna Fosar & Franz Bludorf | mayanmajix.com The human DNA is a biological Internet and superior in many aspects to the artificial one. The latest Russian scientific research directly or indirectly explains phenomena such as clairvoyance, intuition, spontaneous and remote acts of healing, self healing, affirmation techniques, unusual light/auras around people (namely spiritual masters), the mind’s influence on weather patterns and much more.

Out Of The Blue Until the current period or until the last 30 years, it was conventional wisdom, both in science and theology, we're alone in the universe; a single repository of life anywhere in the known universe. Well, no one believes that anymore. Out of the Blue presents unexplained cases from around the world, investigates 50 years of official contradictions and denials, and puts forth possible reasons for secrecy. Reiki Traditions[edit] Today many branches of Reiki exist, though there exist two major traditions, respectively called Traditional Japanese Reiki and Western Reiki. Traditional Japanese Reiki[edit] The term Traditional Japanese Reiki is normally used to describe the specific system that formed from Usui's original teachings[41] and the teachings that did not leave Japan.

300+ Mind Expanding Documentaries Source: www.diygenius.com | Original Post Date: January 12, 2014 – I watch a lot of documentaries. I think they are incredible tools for learning and increasing our awareness of important issues. The power of an interesting documentary is that it can open our minds to new possibilities and deepen our understanding of the world. On this list of mind expanding documentaries you will find different viewpoints, controversial opinions and even contradictory ideas. 99 Ways To Help You Live More Consciously: How To Raise Your Vibration By Drew Guest Writer for Wake Up World Below are 99 ways to help you live life in a conscious way. Raising your personal vibration rate not only helps you live life with greater ease, but it also affects the collective consciousness of earth in a positive way.

Galactic Mayan Time Science Project on Planet Earth > GaianXaos Welcome to the present moment. This project is primarily concerned with the Classic Mayan civilization of Central America. The information is broken up into several sections. Top 10 Mind-Blowing Movies One Must See Source: www.learning-mind.com | Original Post Date: August 7, 2013 – Here is a short list of the best movies that open your mind and alter your perception of reality. 1. Beyond 2012 page 1 A Convergence of Eschatological Information... Contents: 1. Mayan Calendar The Best Science Documentaries on Netflix in May, Ranked Sure, Netflix has a bevy of cheesy rom-coms, sexy capers, and superhero content. But, it can also boast a number of visually stunning science documentaries on everything from microbes to food to our personal favorite — space. Whether you need some fun facts for a cocktail party or have a dire need to debate with people on Facebook, these Netflix documentaries are sure to give you a solid dose of trivia, and then some. 7.

New Membership Dues - Golden Dawn {*style:<u><b>Step 2 </b></u>*} Select your membership option below. Every year on the anniversary of Neophyte Initiation Ceremony, the Membership Renewal Dues are $240 per year or Couples' $420 per year.