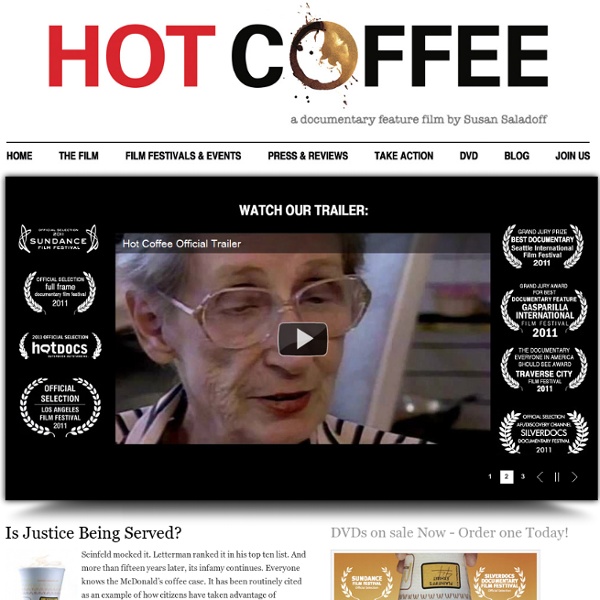 Outfoxed: Rupert Murdoch's War on Journalism (2004) | Watch the Full Documentary Online Outfoxed shows how the Fox News channel is used to promote and advocate right-wing views. Follow Robert Greenwald Celebrate 10 years of Brave New Films with our Boxed Set: 3:09 During the first few years that Murdoch's ownership of Fox's DC affiliate, he had a hands-off approach to new content; partially due to their success. 6:30 Former Fox News reporters and bookers say that they are afraid to be seen "talking to the wrong people". 10:45 “Some People Say” – FOX uses the phrase "some people say" to mask opinion as news. 19:04 Fox News contributors are under paid contract for their appearance; if they deviate from the party lines, they might not get asked back onto shows. 21:22 Fox News went after Richard Clarke as soon as it was apparent that he was going to paint the Bush administration in a bad light. 22:28 They put weak-looking , lesser known liberals up against photogenic, self-assured conservatives. 46:29 Fox made the decision to present the Iraq war as a success.

Inequality For All (2013) | Watch the Full Documentary Online In the wake of the financial crisis and the recent rise of the Occupy movement, the issue of income inequality has gained unprecedented public awareness. Over the last thirty years, the U.S. economy itself doubled. But, these gains went to a very few: the top 1% of earners now take in more than 20% of all income -- three times what they did in 1970. Distortions are even more extreme at the very top. The 400 richest Americans now own more wealth than the bottom 150 million combined. While this level of inequality poses a serious risk to all Americans, regardless of income level, much of the rhetoric on this subject has been fueled by anger and resentment from a frustrated middle class who feel their birthright – the American Dream – has been taken away from them. Part 2 is the film on youtube, available in Europe. Structurally, the film is organized around a central “spine,” in which Reich speaks directly to the audience about key economic topics.

We'd Have Revolution If People Understood This Martin Luther King, Jr. was working towards a guaranteed basic income for all when he was killed. Wealth inequality, neoliberalism, the actions of the Federal Reserve, along with the greed and theft of the global elite have made the call for a guaranteed basic income for all even more urgent in 2014 than in the 1960s. David DeGraw, interviewed here by Dennis Trainor, Jr. of Acronym TV claims the alternative is a violent revolution. In his new book, The Economics of Revolution, DeGraw writes: “Having that much wealth consolidated within a mere 1% of the population, while a record number of people toil in poverty and debt, is a crime against humanity. For example, it would only cost 0.5% of the 1%’s wealth to eliminate poverty nationwide. In this clip from the full 30-minute interview, DeGraw points out that the Federal Reserve is already printing money and giving it away to the financial elite.

Fresh: New Thinking about What We're Eating (2009) | Watch the Full Documentary Online FRESH celebrates the farmers, thinkers and business people across America who are re-inventing our food system. Each has witnessed the rapid transformation of our agriculture into an industrial model, and confronted the consequences: food contamination, environmental pollution, depletion of natural resources, and morbid obesity. Forging healthier, sustainable alternatives, they offer a practical vision for a future of our food and our planet. Among several main characters, FRESH features urban farmer and activist, Will Allen, the recipient of MacArthur’s 2008 Genius Award; sustainable farmer and entrepreneur, Joel Salatin, made famous by Michael Pollan’s book, The Omnivore’s Dilemma; and supermarket owner, David Ball, challenging our Wal-Mart dominated economy. The underground documentary that became a massive grassroots success, FRESH is the embodiment of the good food movement. Host a screening.

Garbage Warrior (2007) What do beer cans, car tires and water bottles have in common? Not much unless you're renegade architect Michael Reynolds, in which case they are tools of choice for producing thermal mass and energy-independent housing. For 30 years New Mexico-based Reynolds and his green disciples have devoted their time to advancing the art of "Earthship Biotecture" by building self-sufficient, off-the-grid communities where design and function converge in eco-harmony. However, these experimental structures that defy state standards create conflict between Reynolds and the authorities, who are backed by big business. Frustrated by antiquated legislation, Reynolds lobbies for the right to create a sustainable living test site. Earthship n. 1. passive solar home made of natural and recycled materials 2. thermal mass construction for temperature stabilization. 3. renewable energy & integrated water systems make the Earthship an off-grid home with little to no utility bills.

First Earth: Uncompromising Ecological Architecture (2010) | Watch the Full Documentary Online FIRST EARTH is a documentary about the movement towards a massive paradigm shift for shelter -- building healthy houses in the old ways, out of the very earth itself, and living together like in the old days, by recreating villages. It is a sprawling film, shot on location from the West Coast to West Africa. An audiovisual manifesto filmed over the course of 4 years and 4 continents, FIRST EARTH makes the case that earthen homes are the healthiest housing in the world; and that since it still takes a village to raise a healthy child, it is incumbent upon us to transform our suburban sprawl into eco-villages, a new North American dream. Chocking up over 300,000 hits on YouTube even before its official release, FIRST EARTH is not a how-to film; rather, it's a why-to film. FIRST EARTH official Chapter 1 - Prologue: What's Wrong With Architecture Chapter 2 - African Earth Chapter 3 - American Earth Chapter 4 - Why Earth Chapter 5 - Empowering Earth

No Logo: Brands. Globalization. Resistance. (2003) | Watch the Full Documentary Online In the age of the brand, logos are everywhere. But why do some of the world’s best-known brands find themselves on the wrong end of the spray paint can — the targets of anti-corporate campaigns by activists and protesters? No Logo, based on the best-selling book by Canadian journalist and activist Naomi Klein, reveals the reasons behind the backlash against the increasing economic and cultural reach of multinational companies. Analyzing how brands like Nike,The Gap, and Tommy Hilfiger became revered symbols worldwide, Klein argues that globalization is a process whereby corporations discovered that profits lay not in making products (outsourced to low-wage workers in developing countries), but in creating branded identities people adopt in their lifestyles.

Reel Bad Arabs: How Hollywood Vilifies a People (2007) | Watch the Full Documentary Online This groundbreaking documentary dissects a slanderous aspect of cinematic history that has run virtually unchallenged from the earliest days of silent film to today's biggest Hollywood blockbusters. Featuring acclaimed author Dr. Jack Shaheen, the film explores a long line of degrading images of Arabs--from Bedouin bandits and submissive maidens to sinister sheikhs and gun-wielding "terrorists"--along the way offering devastating insights into the origin of these stereotypic images, their development at key points in US history, and why they matter so much today. Shaheen shows how the persistence of these images over time has served to naturalize prejudicial attitudes toward Arabs and Arab culture, in the process reinforcing a narrow view of individual Arabs and the effects of specific US domestic and international policies on their lives.