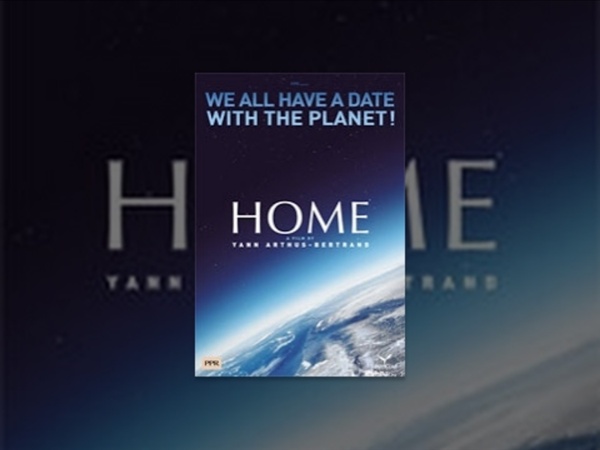 Victory at Hand for the Climate Movement? There are signs the climate movement could be on the verge of a remarkable and surprising victory. If we read the current context correctly, and if the movement can adjust its strategy to capture the opportunity presented, it could usher in the fastest and most dramatic economic transformation in history. This would include the removal of the oil, coal and gas industries from the economy in just a few decades and their replacement with new industries and, for the most part, entirely new companies. It would be the greatest transfer of wealth and power between industries and countries the world has ever seen. To understand this incredible potential we first have to step back and understand the unique structure of this social change movement, which may rank among the most influential in history. It is simplistic to characterise it as an alliance of grass roots organisations and activists pitched against a rich and well connected adversary.

International Council on Clean Transportation As concerns about climate change lead countries, companies, and individuals to increasingly track and manage their greenhouse gas emissions, the issue of how to responsibly apportion global aviation emissions remains tricky. While the International Civil Aviation Organization (ICAO) assigns international emissions to the country in which an airline is incorporated, the ICCT recently analyzed commercial aviation CO2 emissions in 2018 and allocated them by country of departure. Our study identified the United States, China, the United Kingdom, Japan, and Germany as the five largest CO2 emitters from passenger flights in 2018. Another measure, per capita jet fuel use and CO2 emissions, tells the story from another angle. My colleague, Dan Rutherford, previously estimated per capita fuel use for a few major economies using the U.S.

mix & mash - the great NZ remix & mashup competition Sponsored by: The National Library of New Zealand $2000 will go to the best digital remix that tells “A New Zealand Aotearoa Story” using Creative Commons, public domain, no known copyright, or openly licensed New Zealand digital content. Be it our history retold, a traditional story refreshed, a tale about a NZer, or a ‘day in the life’ with a particular NZ flavour – we want to see digital content re-mixed in a fresh and interesting way to tell a uniquely New Zealand story. In addition, we also have a special prize pool for the best entries from New Zealand Primary and Secondary students. Our Free to Remix educators' guide provides great advice on how to get started making a digital story with support for finding openly licensed New Zealand content.

Best films of 2012 so far: an annotated checklist Two times a year—at the halfway point and during list-making season in November—I send out a list of “significant” movies to the film staff so they can try to see as many as possible before our Year In Film feature. It’s just a simple checklist, presented in the order each film was released theatrically in New York City. The idea is to give our writers time to catch up and give relative obscurities like The Arbor (last year’s No. 13 on our conjoined Best Of The Year list) the same collective consideration as more widely heralded efforts like The Tree Of Life. In the interest of transparency—and recommending a bunch of movies we love—I’m making the halftime list public this year so our readers can play along at home.

Al Gore: 400 PPM Yesterday, for the first time in human history, concentrations of carbon dioxide, the primary global warming pollutant, hit 400 parts per million in our planet's atmosphere. This number is a reminder that for the last 150 years -- and especially over the last several decades -- we have been recklessly polluting the protective sheath of atmosphere that surrounds the Earth and protects the conditions that have fostered the flourishing of our civilization. We are altering the composition of our atmosphere at an unprecedented rate.

The 23 best film directors in the world today 1 - Paul Thomas Anderson Dillon Freasier and Daniel Day-Lewis in There Will Be Blood. Photo: Allstar Though he's released only five films over a 16-year career, Paul Thomas Anderson has risen from promising young whiz-kid to Hollywood royalty with barely a bump along the way. Individual and political action on climate change Individual and political action on climate change can take many forms, most of which have the ultimate goal of limiting and/or reducing the concentration of greenhouse gases in the atmosphere, toward avoiding dangerous climate change. Political action[edit] Political action can change laws and regulations that relate to climate change, such as tax incentives, greenhouse gas emissions limits or establishing a regulatory framework within which carbon trading markets can operate.

The best films of 2012: Philip French's choice The year was dominated by franchises. They provided the multiplexes with a dangerously disproportionate part of box-office takings and were given disproportionate attention by the press. Two came to an end with The Dark Knight Rises and The Twilight Saga: Breaking Dawn Part 2; two were revived by Prometheus, prequel to Alien, and The Hobbit: An Unexpected Journey. The biggest franchise, of course, is the Bond-wagon. Now 50 years old, it was given the royal seal of approval at the opening ceremony of the Olympic Games in preparation for Skyfall, 007's 23rd outing and the second-best Bond to date.

Dan Miller: Boom or Bust? Greg Dalton Gregory Dalton is chief operating officer at the Commonwealth Club of California and Director of The Club's Climate 1 Initiative. He previously was international editor at The Industry Standard magazine, an editor for the Associated Press in New York, and a correspondent in China and Canada for the South China Morning Post, a Hong Kong newspaper. Proficient in both Mandarin and Cantonese, he is a former term member of the Council on Foreign Relations. Dan Miller Dan Miller is Managing Director of the Roda Group.

16 Children And Their Bedrooms From Across The World. This Truly Opened My Eyes... Some children grow up in poverty, lacking food and sanitation, while others are born in countries where basic necessities are taken for granted. Photographer James Mollison came up with the project when he thought about his own childhood bedroom and how it reflected who he was. Where Children Sleep – a collection of stories about children from around the world told through portraits of their bedrooms - stemmed from his ideas. I'm shocked by how differently children start their lives in this world. All of them deserve a chance, but some will never get one due to the harsh environments they're raised in. Those of us who were fortunate in our youth should help everyone have the same opportunities we did when we grew up.

The best films of 2012 From the gut-wrenching, step-by-step chronology of the raid on Osama bin Laden’s compound in Abbottabad to seafaring cultists practicing Scientology-like rituals in the wake of World War II to the 16th president twisting arms over the passing of the 13th Amendment, the best films of 2012 brought history to life with an extraordinary scrupulousness that still left room for vivid artistic expression. But searching for patterns in a best-of list like the one below does little justice to the films’ diversity and unruliness, and the many wondrous places movies took viewers this year, including the haunted landscapes of Turkey (Once Upon A Time In Anatolia) and Georgia (The Loneliest Planet), revitalized twists on the slasher (The Cabin In The Woods) and noir (Killer Joe) genres, and two vastly different takes on what love really means (Amour, The Deep Blue Sea). Unlike in past years, nearly all films were available to see before press time, with one conspicuous exception: Most of The A.V.

Explore the Shocking Effects of Climate Change on 6 Continents Climate change isn't an issue for any one government or any one region. Carbon pollution has taken a devastating toll across the planet, from floods in Manila to droughts in Australia. To learn about the global reach of the environmental changes caused by human behavior, take a world tour with the six videos that premiered during Climate Reality Project's 24 Hours of Reality: The Cost of Carbon. Mashable is proud to partner with the Climate Reality Project for its third annual 24 Hours of Reality. After joining Al Gore for a kick-off Hangout on Monday, we hosted Meetups on Tuesday, where our community came together to discuss changes we can make to reduce our individual carbon footprints. If you haven't tuned in yet, 24 Hours of Reality: The Cost of Carbon continues until 2 p.m.

Down to Business English - a Business English podcast with Skip Montreux and Dez Morgan Podcast: Play in new window | Download Since announcing its intention to become a Publicly traded company, Wall Street and the Tech world has been buzzing with speculation. Wall Street investors are focused on how much money is to be made while Tech experts are questioning what changes this will bring to the Social Media giant. Today on Down to Business English, Skip and Dez take a close look at what an IPO is, how this IPO might change Facebook, and is it a good investment? Download Free Audio Script PDF Skip: This is Skip Montreux in Tokyo Japan