Everything is a Remix Part 1 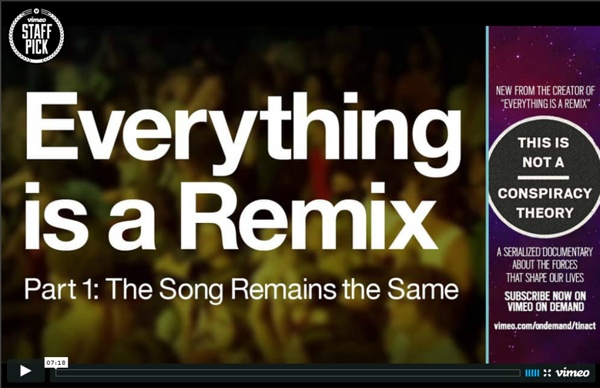 Düğümküme Education Remix: Unlocking Creativity to Boost Learning December 1, 2010 By: John Orlando, PhD in Teaching with Technology When considering the major advances in communication — from the printing press, to the telephone, to the television — each medium shared the characteristic of allowing either one-to-one communication or one-to-many communication. But social media changed all that. Etohum - Girişimci - Yatırımcı Buluşması Remixing Education for the 21st Century 7.7.10 | Doug Sery sees the future of education cross his desk as senior acquisitions editor for the new media, game studies and design group at MIT Press. When asked what innovation he’d like to see in the classroom, he said more remixing—the kind of creative experimentation young people do on their own by sampling music, splicing it into their own photos, or clipping excerpts from historical footage and adding it to a rap or spoken word. Not exactly something you’d expect a traditional publisher to condone.

Remixing as a Classroom Strategy 7.7.10 | When it comes to innovations in education, Doug Sery, an acquisitions editor at MIT Press in the new media, game studies and design group, has a simple request: “more remix technologies.” “[Remixing teaches] systems thinking; connecting ideas, information and experience, as well as collaboration,” Sery says. “In the 21st-century economy, those are the skills you will need to survive.” But what is remixing and how does it apply to learning? Remixing first gained widespread attention in the hip-hop world. Remix culture Remix culture, sometimes read-write culture, is a society that allows and encourages derivative works by combining or editing existing materials to produce a new creative work or product.[2][3] A remix culture would be, by default, permissive of efforts to improve upon, change, integrate, or otherwise remix the work of copyright holders. While a common practice of artists of all domains throughout human history,[4] the growth of exclusive copyright restrictions in the last several decades limits this practice more and more by the legal chilling effect.[5] As reaction Harvard law professor Lawrence Lessig, who considers remixing a desirable concept for human creativity, works since the early 2000s[6][7] on a transfer of the remixing concept into the digital age. Lessig founded the Creative Commons in 2001 which released Licenses as tools to enable remix culture again, as remixing is legally prevented by the default exclusive copyright regime applied currently on intellectual property.