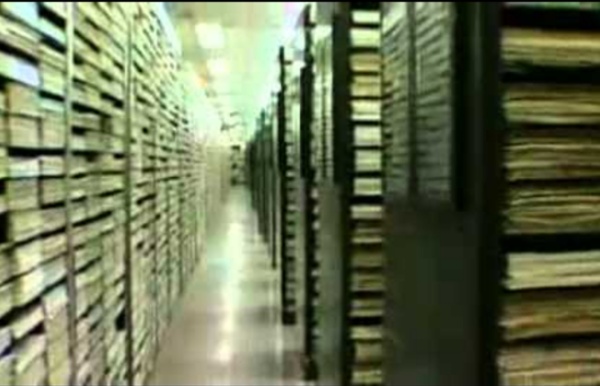 UptoStream Titre Original : The Signal Année : 2014 Avec : Brenton Thwaites, Beau Knapp, Olivia Cooke Réalisé Par : William Eubank Résumé du Film : Nick et Jonas sont étudiants en première année à MIT (Massachusetts Institute of Technology). Going Rogue: Share Traders More Reckless Than Psychopaths, Study Shows - SPIEGEL ONLINE - News - International Two weeks ago, yet another case of rogue trading shocked the financial world when UBS trader Kweku Adoboli was arrested for allegedly squandering some $2.3 billion with a risky and unauthorized investment scheme. The 31-year-old, who had been based in London for the Swiss bank, remains in jail. The bank's chief executive Oswald Grübel, meanwhile, has resigned over the scandal -- the third major embarrassment to rattle the institution in just a few years. The situation mirrors a similar scandal at French bank Société Générale, where another young "rogue trader," Jérôme Kerviel, gambled away billions in 2007 and 2008. But why do these situations keep arising in the financial world? According to a new study at the University of St.

Corporation as Psychopath People ask -- Rob, Russell, the world is going to hell in a handbasket. What can we do about it? We say -- read one book, see one movie. Unfortunately, the movie and the book are available now only in Canada. But wait -- before you head north of the border -- they will be available here in a month or so. The Corporation (film) The Corporation is a 2003 Canadian documentary film written by University of British Columbia law professor Joel Bakan, and directed by Mark Achbar and Jennifer Abbott. The documentary examines the modern-day corporation. Bakan wrote the book, The Corporation: The Pathological Pursuit of Profit and Power, during the filming of the documentary. The documentary shows the development of the contemporary business corporation, from a legal entity that originated as a government-chartered institution meant to affect specific public functions, to the rise of the modern commercial institution entitled to most of the legal rights of a person.

How to spot a sociopath (Extracted from an article by Robert Matthews in the Sunday Telegraph Review, May 4th 1997) While such personality disorders as psychopathy, paranoia and obsession/compulsion all have strictly defined criteria, psychiatrists are still struggling to decide precisely what constitutes a socialised psychopath. One of the more obvious characteristics of socialised psychopaths is that they give the impression of talking "at" you. 'Extreme Money' Destroying America, Says Author UBS - TheStreet TV Dividend Stock Advisor Try it NOW Jim Cramer's protege, David Peltier, identifies the best of breed dividend stocks that will pay a reliable AND significant income stream. Product Features: Diversified model portfolio of dividend stocks Alerts when market news affect the portfolio Bi-weekly updates with exact steps to take - BUY, HOLD, SELL Real Money Pro

A Brief History of the Corporation: 1600 to 2100 On 8 June, a Scottish banker named Alexander Fordyce shorted the collapsing Company’s shares in the London markets. But a momentary bounce-back in the stock ruined his plans, and he skipped town leaving £550,000 in debt. Much of this was owed to the Ayr Bank, which imploded. In less than three weeks, another 30 banks collapsed across Europe, bringing trade to a standstill. On July 15, the directors of the Company applied to the Bank of England for a £400,000 loan.

Leaked documents reveal US diplomats actually work for Monsanto (NaturalNews) Biotech giant Monsanto has been genetically modifying the world's food supply and subsequently breeding environmental devastation for years, but leaked documents now reveal that Monsanto has also deeply infiltrated the United States government. With leaked reports revealing how U.S. diplomats are actually working for Monsanto to push their agenda along with other key government officials, Monsanto's grasp on international politics has never been clearer. Amazingly, the information reveals that the massive corporation is also intensely involved in the passing and regulations concerning the very GM ingredients they are responsible for. In fact, the information released by WikiLeaks reveals just how much power Monsanto has thanks to key positions within the United States government and elsewhere. Not only was it exposed that the U.S. is threatening nations who oppose Monsanto with military-style trade wars, but that many U.S. diplomats actually work directly for Monsanto.

How Wealth Reduces Compassion Who is more likely to lie, cheat, and steal—the poor person or the rich one? It’s temping to think that the wealthier you are, the more likely you are to act fairly. After all, if you already have enough for yourself, it’s easier to think about what others may need.