Susan Cain: The power of introverts 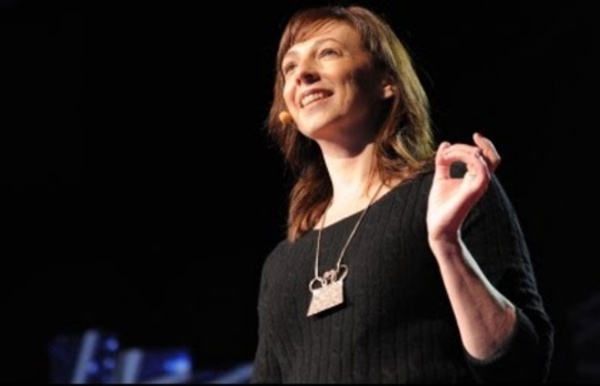 Science overturns view of humans as naturally 'nasty' Biological research increasingly debunks the view of humanity as competitive, aggressive and brutish, a leading specialist in primate behavior told a major science conference Monday. "Humans have a lot of pro-social tendencies," Frans de Waal, a biologist at Emory University in Atlanta, told the annual meeting of the American Association for the Advancement of Science. New research on higher animals from primates and elephants to mice shows there is a biological basis for behavior such as cooperation, said de Waal, author of "The Age of Empathy: Nature's Lessons for a Kinder Society." Until just 12 years ago, the common view among scientists was that humans were "nasty" at the core but had developed a veneer of morality -- albeit a thin one, de Waal told scientists and journalists from some 50 countries.

Portrait of an Introvert People don’t outgrow introversion, so the introverted adult was once an introverted child. What is true of one is true of both. Contrary to popular opinion, introverts are not asocial, nor are they friendless loners who lack social skills. How To Be A Happy Introvert Being an introvert isn’t necessarily a bad thing. If it prevents you from doing what you really want to do, or hinders your working and personal lives, then something should change. However, introverts should be happy being so.

The One Skill All Leaders Should Work On - Scott Edinger by Scott Edinger | 11:30 AM March 29, 2012 If I had to pick one skill for the majority of leaders I work with to improve, it would be assertiveness. Not because being assertive is such a wonderful trait in and of itself. Rather, because of its power to magnify so many other leadership strengths. Group Marriage and the Future of the Family With the traditional nuclear family well on its way to extinction, we are faced with a question of critical importance: who will mind the children? Neither two-career nor single-parent families offer children full-time, loving caretakers, and quality day care is both scarce and expensive. Nanny's are a luxury out of reach for most families making up the 99 percent. Even at its best, full-time institutional care (including public schooling) cannot provide the individual attention, intimacy, flexibility, and opportunity for solitude that children need to realize their potential.

Quiet, Please: Unleashing 'The Power Of Introverts' Introverts, who prefer quieter, lower-stimulation environments, have trouble thriving in today's extrovert-oriented culture, says author Susan Cain. iStockphoto.com hide caption toggle caption iStockphoto.com From Gandhi to Joe DiMaggio to Mother Teresa to Bill Gates, introverts have done a lot of good work in the world. Why Great Leaders Are in Short Supply - James S. Rosebush by James S. Rosebush | 9:06 AM March 30, 2012 We’re living with something of an irony right now regarding leadership. On the one hand, the topic has never been more studied and written about; my recent Google search for leadership research by academies and institutes returned some 375,000 hits.

Group settings can diminish expressions of intelligence, especially among women In the classic film 12 Angry Men, Henry Fonda's character sways a jury with his quiet, persistent intelligence. But would he have succeeded if he had allowed himself to fall sway to the social dynamics of that jury? Research led by scientists at the Virginia Tech Carilion Research Institute found that small-group dynamics -- such as jury deliberations, collective bargaining sessions, and cocktail parties -- can alter the expression of IQ in some susceptible people. "You may joke about how committee meetings make you feel brain dead, but our findings suggest that they may make you act brain dead as well," said Read Montague, director of the Human Neuroimaging Laboratory and the Computational Psychiatry Unit at the Virginia Tech Carilion Research Institute, who led the study. "We started with individuals who were matched for their IQ," said Montague. The researchers recruited subjects from two universities and administered a standard test to establish baseline IQ.

1. Dangers of Crying It Out Letting babies "cry it out" is an idea that has been around since at least the 1880s when the field of medicine was in a hullaballoo about germs and transmitting infection and so took to the notion that babies should rarely be touched (see Blum, 2002 , for a great review of this time period and attitudes towards childrearing). In the 20 th century, behaviorist John Watson (1928), interested in making psychology a hard science, took up the crusade against affection as president of the American Psychological Association. He applied the mechanistic paradigm of behaviorism to child rearing, warning about the dangers of too much mother love. The 20 th century was the time when "men of science" were assumed to know better than mothers, grandmothers and families about how to raise a child. Too much kindness to a baby would result in a whiney, dependent, failed human being. Funny how "the experts" got away with this with no evidence to back it up!