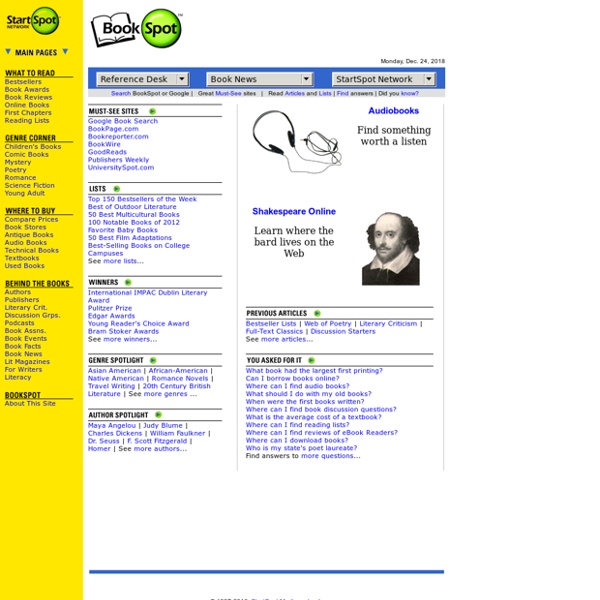 Is Google Making Us Stupid? "Dave, stop. Stop, will you? Stop, Dave. I can feel it, too. I think I know what’s going on. For me, as for others, the Net is becoming a universal medium, the conduit for most of the information that flows through my eyes and ears and into my mind. I’m not the only one. Bruce Friedman, who blogs regularly about the use of computers in medicine, also has described how the Internet has altered his mental habits. Anecdotes alone don’t prove much. It is clear that users are not reading online in the traditional sense; indeed there are signs that new forms of “reading” are emerging as users “power browse” horizontally through titles, contents pages and abstracts going for quick wins. Thanks to the ubiquity of text on the Internet, not to mention the popularity of text-messaging on cell phones, we may well be reading more today than we did in the 1970s or 1980s, when television was our medium of choice. Reading, explains Wolf, is not an instinctive skill for human beings.

Getting past the easy reach As I’ve been working on writing my book and hitting these mental milestones (40,000 words felt like a lot, then it felt like a lot to rework my outline, then it felt like I’d hit a mountaintop at 55,000 words and counting), I’ve been thinking a lot about the way we talk about and promote books to readers. Then in today’s Shelf Awareness, I saw this about the “book grapevine.” Click through and read it because it isn’t long. In short, the book gets great promotion on the ground level, then it gets promotion from a big-name person in the field or industry, that word gets to a reader who then suggests the book to, in this case, a book seller (and you can swap book seller for librarian or teacher or any other reader advocate), who then reads the book and they themselves do ground-level promotion of the title, too. It gets the word about a particular book out there and does so fast. I blogged a few months ago about the value of and importance of good reader’s advisory. But book grapevine?

Detailed book reviews Owl's Cabinet of Wonders Share Book Recommendations With Your Friends, Join Book Clubs, Answer Trivia Book Reviews, Excerpts, eBooks and Reader Exclusives - HuffPost Books World's Virtual Library (80,000+ FREE eBooks, eTexts, On-Line Books, eDocuments) n Welcome! Over the last decade, a quiet revolution has been going on in the development of a large library of "digital" or "electronic" books. While there are still large gaps, a very substantial body of "Western" thought is available in the form of downloadable or on-line books. Most major writers, from Plato to Hemingway, Fitzgerald, Proust, or John Le Carre, are accessible on the Internet. Subjects range from the highly scholarly to the contemporary and popular -- especially as more commercial publishers discover the virtues of "on-line" distribution. Here's some of what you will find: n Reference Books: More than 2000 Dictionaries, Encyclopedias, Thesauri, Glossaries, Bibliographies, Chronologies, Timelines, Literary Histories, Biographies, Writing & Style Guides & Student Study aids. nnn Literature & Languages: About 12,000 basic texts in English & American Literature, ranging from Chaucer & other medieval texts to modern, contemporary Fiction & Literature.

Five Ways Libraries Can Offer Readers’ Advisory on Tumblr | NoveList | EBSCOhost by Molly Wetta *This article originally appeared in the August 2014 issue of RA News.* Libraries are interacting with patrons in digital spaces. Over the past two years, Tumblr has become more than just a fad. If you're still not sure about how Tumblr works, or you've tested the waters but aren't sure that you're getting the most out of the platform, never fear. What is Tumblr and how does it work? Tumblr is a microblogging site, which blends traditional blogging with elements of other social networking sites such as Facebook, Twitter, or Pinterest. "Tumblr is where conversations -- especially conversations about books -- are happening." Tumblr offers everything from funny cat gifs -- those short, looping video images that are so popular, Twitter now supports them -- to insightful social commentary and beautiful works of art. Tumblr is where conversations -- especially conversations about books -- are happening. Contributing to these conversations isn't hard. 1. 2. 3. 4. 5.