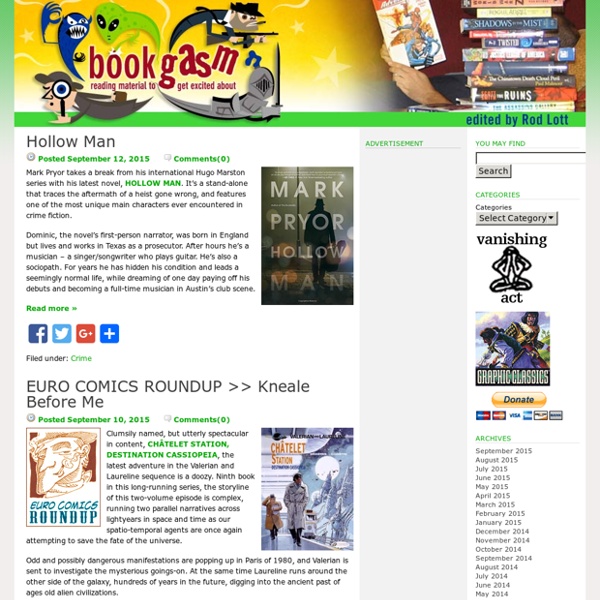 Welcome to Library Booklists and Bibliographies Auckland Libraries Staff Picks The Book Case Blog | Book Reviews, Author Interviews, Book Blogs Donald Harstad worked for 26 years as deputy sheriff and chief investigator for the police department of Clayton County, Iowa. Harstad transforms those experiences into thrilling mysteries with his popular Carl Houseman series. The sixth in the series, November Rain, finds Houseman far from his usual heartland setting, as he travels to the UK to consult on a kidnapping case—and to protect his own daughter. In a guest post, Harstad shares a bit of the real-life inspiration behind November Rain. Guest post by Donald Harstad I’ve written six novels about a fictional deputy sheriff named Carl Houseman, set in a fictional county in northeast Iowa. I certainly never thought I would write a book until I actually wrote my first. Scenarios. The first officer arrived 19 minutes after I called. That’s where Eleven Days, my first novel, had originated. For my latest, November Rain (Crooked Lane Books), I send Carl to London for an assist in a homicide investigation. Thanks, Donald!

LibraryReads - Books Recommended by Librarians RA for All: library blogs Right after ALA Annual every year there is always a big buzz in the library community. Yes, a huge number of librarians return to their work energized, sharing ideas, and making plans for future programs and services. But, there is also the business side to the annual meeting and that too can make some waves that ripple out to all librarians whether they went to the conference or not. ALA is a huge organization that is supposed to represent every single librarian. Because it cannot possibly do that as one entity, there are also many smaller associations, roundtables and committees to handle specific service populations and library types. This makes sense. Well, I was not at ALA Annual, but something happened in some of the business meetings which I have strong feelings about. The new policy is indeed a gag order. No booklists. "Have someone else do it" sounds great in theory, but it's not always a possibility for many, for any number of reasons.

RA 763's Blog | Annotations by the Students in Dominican University’s GSLIS 763 RA for All The 25 Best Websites for Literature Lovers It’s an interesting relationship that book lovers have with the Internet: most would rather read a physical book than something on an iPad or Kindle, and even though an Amazon purchase is just two or three clicks away, dedicated readers would rather take a trip to their local indie bookstore. Yet the literary world occupies a decent-sized space on the web. Readers, writers, publishers, editors, and everybody in between are tweeting, Tumbling, blogging, and probably even Vine-ing about their favorite books. In case the demise of Google Reader threw your literary Internet browsing into a dark void, here’s a list of 25 book sites to bookmark. The Millions Ten years is a mighty long time in terms of Internet life, but that’s how long The Millions has been kicking out a steady stream of reviews, essays, and links.