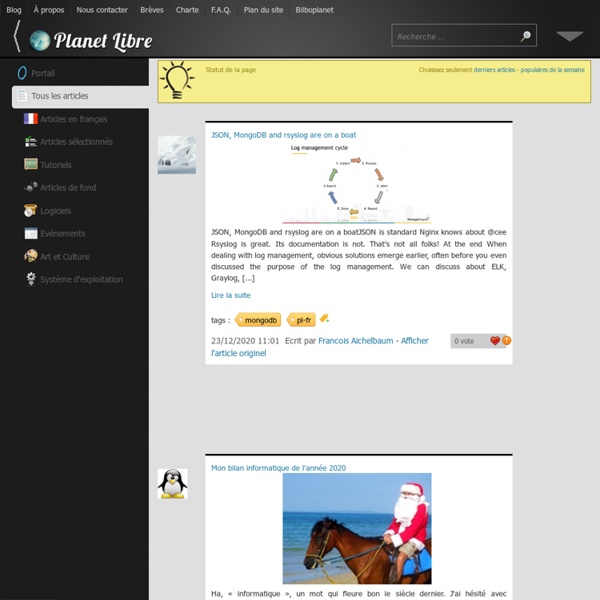 Note names, MIDI numbers and frequencies Note names, MIDI numbers and frequencies are related here in tables and via an application that converts them. The musical interval between two notes depends on the ratio of their frequencies. See Frequency and Pitch for more details and an introduction to frequency and pitch. An octave is a ratio of 2:1 and, in equal temperament, an octave comprises 12 equal semitones. Each semitone therefore has a ratio of 21/12 (approximately 1.059).

System and Administrative Commands mount Mount a filesystem, usually on an external device, such as a floppy or CDROM. The file /etc/fstab provides a handy listing of available filesystems, partitions, and devices, including options, that may be automatically or manually mounted. The file /etc/mtab shows the currently mounted filesystems and partitions (including the virtual ones, such as /proc). mount -a mounts all filesystems and partitions listed in /etc/fstab, except those with a noauto option.

How to: Install Let’s Encrypt certificates - How to - YunoHost Forum Hi everyone, Let's encrypt went into public beta recently, which means anybody can use their services now to get "trusted" certificates and get rid of self-signed certificates. There are only sparse documentation on the internet now (and most of them not so newbies-friendly ?), so I'm opening this thread to help people who are willing to understand how this works, and get the certificates running including the few tweaks specific to YunoHost. Disclaimer: this thread in work in progress, I'll update it as my understanding improves and feedback is received.

Markdown Syntax Documentation Note: This document is itself written using Markdown; you can see the source for it by adding ‘.text’ to the URL. Overview Philosophy List of All ASCII Emoticons - uplist A massive list of all the ASCII emoticons discovered on the interweb. ¯\_(ツ)_/¯ #meh ( ͡° ͜ʖ ͡°) Music hack of the decade: Panflute Hero! Jhonny Göransson was part of the team that made what’s simply the daftest and most wonderful music hack we’ve seen so far. The moment he tweeted about it last night, we knew we had to show it to you as soon as we could. It’s called Panflute Hero. Panflute Hero was the result of a weekend at Way Out West Hackathon 2013.

Blue Net – Support » Blog Archive » 10 Linux shell tricks you don’t already know. Really, we swear. Rescued from Google page as site seems to be down. This information is gold. So it is republished from: The original link therefore is: The NSA back door to NIST Thomas C. Hales (University of Pittsburgh) (This article will be published in the Notices of the American Mathematical Society.) Use once.

imghdr — Determine the type of an image — Python 3.8.0 documentation Source code: Lib/imghdr.py The imghdr module determines the type of image contained in a file or byte stream. The imghdr module defines the following function: imghdr.what(filename, h=None) Tests the image data contained in the file named by filename, and returns a string describing the image type. If optional h is provided, the filename is ignored and h is assumed to contain the byte stream to test.

Search Results AdWords We use AdWords to deploy digital advertising on sites supported by AdWords. Ads are based on both AdWords data and behavioral data that we collect while you’re on our sites. MagPi issue 25 – out now! For your weekend reading pleasure, here’s issue 25 of the MagPi! Published just yesterday, the latest issue of everyone’s favourite free, monthly, community-produced Raspberry Pi magazine is as full of fantastic stuff as ever. Click to read The MagPi! The cover story is one that’ll definitely get some attention in our house this weekend: it’s a full Python simulation of the Pocket Enigma Cipher Machine, a cleverly devised toy that demonstrates some of the principles of a real Enigma machine like the one many of you will recognise in the cover photo. Used by the German armed forces during World War II to encipher messages, these used rotating disks to achieve a sophisticated substitution cipher; the Pocket machine, and its Python simulation, use two disks to arrive at a fun, if not exactly unbreakable, cipher.

Desktop Environments for Linux Xfce Less resource-hungry than GNOME or KDE, Xfce is a great choice for older computers and it is still a full-fledged desktop environment that offers a great deal to the user. In my opinion, Xfce provides a nice balance between functionality and conservation of system resources, while still having a beautiful desktop. Codebashing In this interactive tutorial you will understand how SQL injection attacks are used to compromise the security of a web application, and how to write code more securely to protect against this type of attack. 1. Exercise Background The vulnerable application pane loads the TradePORTAL application, an online trading platform. Registered users of the system can login to buy and sell stocks, bonds and currencies.