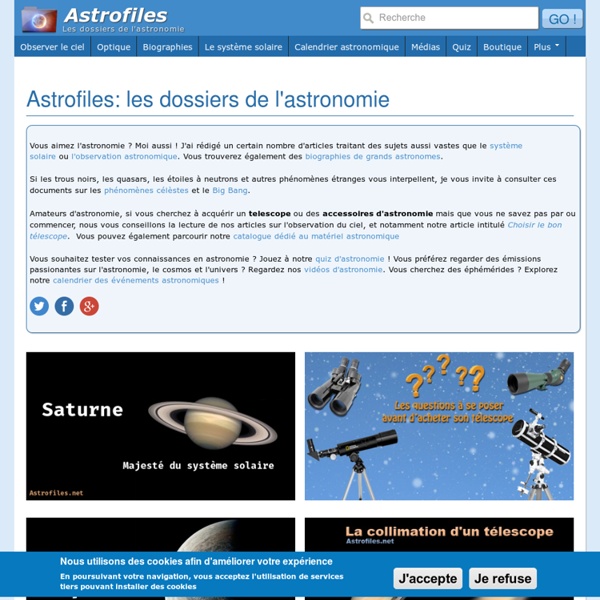 The Gateway to Astronaut Photography of Earth From Night to Day to Night Again This video was taken by the crew of Expedition 34 on board the International Space Station. The sequence of shots was taken on January 3, 2013 from 11:43:46 to 15:49:31 GMT, on a pass from northwestern Australia, making two complete orbits to eastern Quebec, near the Gulf of St. No One Wants to Live in My 'Elysium'-Style Simulation Orbital Space Colony They will also be a pain in the ass to run. And I speak from experience on this because I briefly governed my own orbital colony. My time in command did not end well. Joe Strout gave me the opportunity to fail. Exploring Saturn and the scale of the solar system - video Planetary scientist Sheila Kanani takes us on a visual tour of Saturn and its many moons. When Galileo first looked at Saturn he thought it was a very strange object, but wasn't entirely sure what to make of it. About 400 years later, in 1997, Nasa sent a spacecraft, called Cassini, to Saturn, allowing us to see the planet as we'd never seen it before.