The Known Universe by AMNH 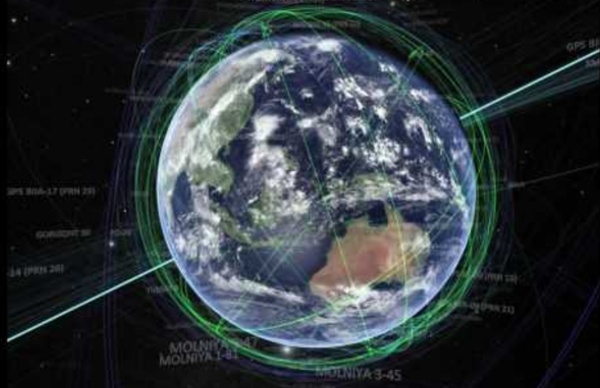 49 awesome photography tips and time savers Fitting your photography around the demands of family life (check out our ever-popular free family portrait photography cheat sheet) and the working week is often more difficult than figuring out the technical complexities of your camera. To help you get the absolute most from your photography time, we have come up with 49 of the best photography tips and time savers that are guaranteed to get you better results, help you edit your shots with ease and simply enjoy your picture taking more. From checking your kit before you leave the house to setting up your camera on location and tips for improving your photo composition, you’ll find plenty of suggestions for saving yourself time and getting organized – thereby reducing the chance of missing out on shots – long before you even press the shutter release.

World's Most Advanced Digital Camera Will Be Eye Of New Sky-Surveying Telescope A giant 3.2 gigapixel camera to photograph billions of stars and galaxies gets a financial green light. The camera will scan the southern heavens from a mountaintop in Chile.(Photo : SLAC National Accelerator Laboratory) The world's most powerful and advanced digital camera, destined to become the "eye" of a telescope high in the Chilean Andes, has been given the green light by the U.S. Department of Energy. They have given the final approval for the construction of a 3.2 gigapixel digital camera that will become the core of the Large Synoptic Survey Telescope (LSST), which will begin capturing images of the entire visible southern sky in 2022.

eClips™ NASA eClips™ are short, relevant educational video segments. These videos inspire and engage students, helping them see real world connections. Full Site Located: Grades K‑5 A video map of motions in the nearby universe (Phys.org) —An international team of researchers, including University of Hawaii at Manoa astronomer Brent Tully, has mapped the motions of structures of the nearby universe in greater detail than ever before. The maps are presented as a video, which provides a dynamic three-dimensional representation of the universe through the use of rotation, panning, and zooming. The video was announced last week at the conference "Cosmic Flows: Observations and Simulations" in Marseille, France, that honored the career and 70th birthday of Tully. The Cosmic Flows project has mapped visible and dark matter densities around our Milky Way galaxy up to a distance of 300 million light-years. The large-scale structure of the universe is a complex web of clusters, filaments, and voids. Large voids—relatively empty spaces—are bounded by filaments that form superclusters of galaxies, the largest structures in the universe.

Free lensing: dismount your lens for the ultimate creative effect It’s a little-known fact, but if you remove the lens from your SLR and hold it a few centimetres away from your camera you can still take a picture. The technique, known as freelensing, allows you to twist and alter the angle of the lens, which shifts and skews the plane of focus. This can create wonderful painterly effects. While the process itself is relatively straightforward, it also involves a lot of trial and error. There’s an element of chance to capturing a good shot, and you’ll need to experiment with the twist and angle of the lens – bend the lens towards your light source to avoid light leak. It’s nearly impossible to get the lens into the same position twice, so it’s equally tricky to replicate a successful shot.

Planck’s Time. Fundamental Forces As we all know, the universe started from a Big Bang about 13.7 billion years ago. The Big Bang theory states that the universe started from a “singularity”, a point where space and time came into existence. This point of origin was hot and dense. Theoretically time came into existence at 5.39 * 10^-44 seconds, which is known as the Planck’s Time: the smallest unit at which time can exist. At the Planck’s time all four fundamental forces (gravity, strong force, weak force and electromagnetic force) were combined into one unified force.

Your Age on Other Worlds Want to melt those years away? Travel to an outer planet! <div class="js-required"><hr> This Page requires a Javascript capable browser <hr></div> Fill in your birthdate below in the space indicated. (Note you must enter the year as a 4-digit number!) Click on the "Calculate" button. Hubble Telescope Reveals Deepest View of Universe Ever The Hubble Space Telescope has captured the farthest-ever view into the universe, a photo that reveals thousands of galaxies billions of light-years away. The picture, called eXtreme Deep Field, or XDF, combines 10 years of Hubble telescope views of one patch of sky. Only the accumulated light gathered over so many observation sessions can reveal such distant objects, some of which are one ten-billionth the brightness that the human eye can see. The photo is a sequel to the original "Hubble Ultra Deep Field," a picture the Hubble Space Telescope took in 2003 and 2004 that collected light over many hours to reveal thousands of distant galaxies in what was the deepest view of the universe so far. The XDF goes even farther, peering back 13.2 billion years into the universe's past.

New 3D Map Of The Universe Features A Whopping 1.2 Million Galaxies The astronomical map you see here doesn’t depict stars, it shows galaxies — 1.2 million of them, to be exact, a new record for astronomers. This extraordinary new 3D scan of the universe provides yet more evidence that a mysterious substance known as dark energy is likely causing the universe to expand at an accelerating rate. The map encompasses 650 cubic billion light-years of space — about a quarter of the sky — and required the work of hundreds of scientists from the Baryon Oscillation Spectroscopic Survey (BOSS). BOSS is a program within the Sloan Digital Sky Survey III (SDSS-III) that measures the sound waves of the early universe, which left faint imprints on the cosmic background radiation — the “afterglow”, as it were, of the Big Bang.

Your Weight on Other Worlds Ever wonder what you might weigh on Mars or The Moon? Here's your chance to find out. <div class="js-required"><hr> This Page requires a Javascript capable browser <hr></div> Fill in your weight below in the space indicated. You can enter your weight in any unit you wish. Click on the "Calculate" button. Hubble zooms in on a space oddity A strange, glowing green cloud of gas that has mystified astronomers since its discovery in 2007 has been studied by Hubble. The cloud of gas is lit up by the bright light of a nearby quasar, and shows signs of ongoing star formation. One of the strangest space objects ever seen is being scrutinised by the penetrating vision of the NASA/ESA Hubble Space Telescope. A mysterious, glowing green blob of gas is floating in space near a spiral galaxy. Hubble uncovered delicate filaments of gas and a pocket of young star clusters in the giant object, which is the size of the Milky Way. The Hubble revelations are the latest finds in an ongoing probe of Hanny’s Voorwerp (Hanny’s Object in Dutch).

Solar Storm and Space Weather - Frequently Asked Questions NASA Goddard heliophysics scientists answer some common questions about the sun, space weather, and how they affect the Earth. This is part two of a two-part series. It addresses: 1.

A 3D computer reconstruction of the actual data of all measured objects in the universe. by fetokki Jun 23