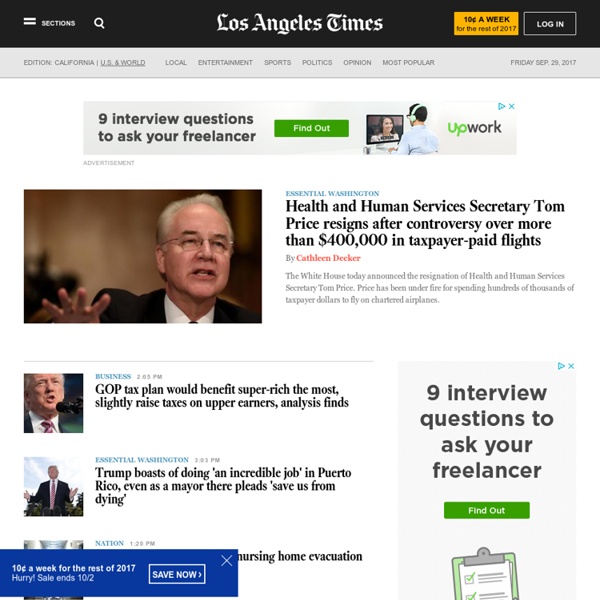 Oil, Immigration, Romanoff: Is the Obama Administration Falling In any other month, having a meeting with the Arizona Gov. Jan Brewer about her state's controversial immigration law might seem like the biggest political land mine of the day. But not for President Obama, who not only has the worst oil spill in U.S. history to deal with but faces growing criticism of the White House's past dealings with potential Senate candidates. The White House released a statement this morning defending its actions regarding former Colorado state House Speaker Andrew Romanoff and his bid for the Senate. "Messina wanted to determine if it was possible to avoid a costly battle between two supporters," said White House press secretary Robert Gibbs, adding that "there was no offer of a job" after Romanoff made it clear he was determined to run. Meanwhile, as oil continues to spew in the Gulf of Mexico, the White House announced that Obama will return there Friday. All this and more in today's Conversation. -- This embed didnt make it to copy for story id = 10816214.

Jewish Communal Farm home Les Ambassadrices - L'eshop de vos boutiques Welcomes AZ Governor Jan Brewer to the White House With SB1070 P SEIU Local 32BJ members and immigration reform activists rally against AZ's SB1070 outside the White House. When Arizona Governor Jan Brewer met with President Obama at the White House this morning, she was greeted by hundreds of protestors - including SEIU members - rallying against Arizona's draconian and anti-immigrant bill, SB1070. Check out the video from today's event: According to SEIU Executive VP Eliseo Medina, the bill was "largely designed to energize the Republican Party base during primary season at the expense of immigrants. Medina went on to say, "It's time for Republicans and Democrats in Congress and the White House to prove that they are truly committed to fixing our broken immigration system and are willing to put politics aside to lead on this critical issue. More images after the break from today's protest to push back against Arizona's SB1070 and urge President Obama to work with Congress to pass comprehensive immigration reform.

Ballet Positions - Information On Positions In Ballet French Bazaar Arizona Enacts Stringent Law on Immigration The move unleashed immediate protests and reignited the divisive battle over immigration reform nationally. Even before she signed the bill at an afternoon news conference here, strongly criticized it. Speaking at a naturalization ceremony for 24 active-duty service members in the Rose Garden, he called for a federal overhaul of immigration laws, which Congressional leaders signaled they were preparing to take up soon, to avoid “irresponsibility by others.” The Arizona law, he added, threatened “to undermine basic notions of fairness that we cherish as Americans, as well as the trust between police and our communities that is so crucial to keeping us safe.” The law, which proponents and critics alike said was the broadest and strictest immigration measure in generations, would make the failure to carry immigration documents a crime and give the police broad power to detain anyone suspected of being in the country illegally. The political debate leading up to Ms. Ms. Ms. Mr. Mr. Ms.

Our Last Minute Adult Costumes: Pregnant Skeleton and Matching Husband |... My husband and I usually scrape up scraps of something to wear as a costume before going to any Halloween party each year. We love to dress up and we love to celebrate……but any costumes for us just seem to get set aside until the very last minute. I was thinking that being pregnant for Halloween could be a fun thing to work around. So I googled ideas a couple of days ago……looking for something that would be easy enough to do last minute. Then I remembered that last year, I had seen a particular homemade costume online (one was even in the virtual costume parade last year……..thanks Wendy!) So, then, the hard part. Finding a template. Aaaaggh, nothing…….so much for saving some time last minute. ;) So I sketched something out, tried my hand at freezer paper stenciling (now I understand the craze of freezer paper stenciling) and came up with this: The pregnant skeleton costume. . No more hiding, baby girl…….we can all see you now. And of course, my husband wanted in on the fun. Right?

Cave House in Mallorca It is amazing how a good taste and competent home interiors can give rise to a contemporary cave house that is stylish, rugged and comfortable at the same time. Alexander de Betacam’s newly built house, which is situated in a coastal village of Mallorca, is the perfect example of how creative home decoration can give a house an individual personality of its own. People all over the world are taking interest in new interior design ideas in order to make their home interiors look attractive. The home decorations of today’s times are customized, making them little more expensive than the conventional methods of interior design.

Obama Sides Against America RUSH: Where are we? We have a federal government that refuses to enforce federal immigration law and a state that is. The president ought to just come out and say right now, "Look, even though I took an oath to uphold the Constitution and the law of the land, I'm not going to. I don't give a damn about the people of Arizona or the people in any of the border states. I don't give a damn about the people of this country generally. "I can raise your taxes as much as I want. Barack Obama is siding against us. RUSH: When a president, by his actions and words, makes clear that he is not going to protect the citizens of a state, it is the duty of that state to step up and protect its citizens when the president of the country refuses to do so.

Blog Archive & Grandma's Stain Spray Grandma’s stain spray is so simple to make. And saved my favorite shirt. Okay. I pretreated the EVOO stain with Shout spray, left it over night, then ran the shirt through the washer AND dryer. The penguin shirt came out of the dryer with the EVOO stain still there. Or so I thought. I pretreated with Grandma’s Stain Spray, let it rest overnight, and ran through the wash again. Would you like some wonderful stain spray for your laundry room? Fill an empty squirt bottle with equal parts Water AmmoniaJOY Dishwashing Liquid Spray on stain and gently rub in. I strongly recommend using JOY dishwashing liquid. I can’t guarantee the spray will take out every stain you come across, but it works just as well (if not better!) I hope you have the same stain-fighting success! WARNING: Whether cleaning your bathroom or doing laundry, NEVER use bleach and ammonia products at the same time.

Top 10 Things Brides Most Often Forget on Their Wedding&Day - Blog - Indianapolis Wedding Planners | Wedding Coordinators | Wedding Consultants | April Foster Events When a wedding day is packed with activity from beginning to end, it is easy to get lost amid appointments, checklists, and last-minute details. So, to ease the stress, here is a list of the top ten things we found from research that brides often forget on their wedding day. 10. A Point Person. 9. A compact mirror, extra make-up, hair spray and bobby pins, deodorant, mints/chewing gum, headache remedies and antacid tablets: aspirin, Pepto-Bismol, etc., eye drops, sunscreen, tissues, bottled water, snack items, extra earring backs, small sewing kit, stain remover stick (like Tide), hand wipes or sanitizer, extra change of clothes, chalk (to clear up smudges on dress), and double-sided tape or dress tape. See the rest of the above image at Swatchbook Weddings. 8. Wedding Hair Pins Photo | Wedding Hair Flower Photo 7. 6. 5. 4. The wedding bands, the ring bearer pillow, the flower girl baskets, unity or memorial candles (and matches), and a copy of the vows (if custom-written) 3. 2. 1.

Poem: Arizona Immigration Law & Senator John McCain - Salem-News Apr-28-2010 13:50 Poetry by Luke Easter Salem-News.com "As a former marine I am honored by your call to duty & sacrifice, But you and no one alive should deny any minority a better life." (LOS ANGELES) - What do you think of John McCain's politics? The act of singling out people on a border with a Hispanic country and somehow managing to do this without racial profiling, is viewed as a cruel fantasy by people of color in Arizona who wish to maintain a degree of privacy and dignity. Few are surprised that these are the politics of a state where on some days, there are more police cars on the freeway than civilian cars. And from this position it becomes the first state to authorize police to investigate federal immigration issues. Arizona Immigration Law & Senator John McCain The year 2010, it’s April & what do you think is front-page news? Is there a reason for those of Mexican descent to be upset thru panic? Yes there is the huge problem that I do agree with, the influx of drugs,Hey!