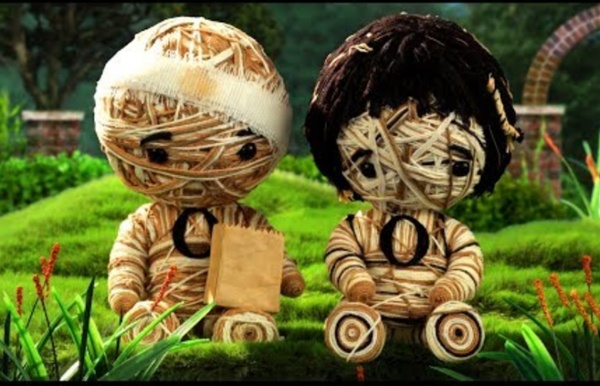 Manual of the Warrior of Light Manual of the Warrior of Light is a 1997 collection of Paulo Coelho's teachings summed up into one volume. It includes proverbs, extracts from the Tao Te Ching, the Bible, the book of Chuang Tzu, the Talmud and various other sources, and is written in the form of short philosophical passages. This book is written as if it were an actual handbook for a supposedly Templar or Paladin warrior, the warrior however being a metaphor not for those who serve a certain lord, an ideal or the weak, but for those in pursuit of their dreams and who appreciate the miracle of life. The manual describes the challenges the warrior faces and solutions to the problems, including paradoxes (such as the section "sometimes the Warrior behaves like a rock" is followed directly by "sometimes the Warrior behaves like Water". Rock (stability) and Water (flexibility) are given as opposite metaphors in Taoism). The book's content was first published in various Brazilian newspapers between 1993 and 1996.

21 Images of Where Children Sleep Around the World Paints a Powerful Picture of Inequality "As a child, that's your little space within the house," said James Mollison, a Kenyan-born, England-raised, Venice-based photographer whose 2011 photo book, Where Children Sleep draws attention to a child's "material and cultural circumstances" and offers a remarkable view on class, poverty, and the diversity of children around the world. After spending more than three years traveling the world from Senegal to Tokyo, Mollison's series include portraits of children in front of a white background accompanied by a single snapshot of their bedrooms, leaving the later to speak volumes about their the social and cultural circumstances that contribute to their lifestyle. "I hope the book gives a a glimpse into the lives some children are living in very diverse situations around the world; a chance to reflect on the inequality that exists, and realize just how lucky most of us in the developed world are," said Mollison.

Skhizein - short film by Jeremy Clapin Having been struck by a 150-ton meteorite, Henry has to adapt to living precisely ninety-one centimeters from himself. An animated short that runs for only 13 minutes, this tells the rather comical and yet sad story of a man affected by a meteorite in a most peculiar way. Once he has been struck he finds that his body is now constantly 91 centimetres from where it should be. To open a door, sit down, answer his telephone, etc, he has to perform all of the actions exactly 91 centimetres away from where he normally would, laws of physics having taken a long walk off a short pier. With a warm, wonderfully rendered style and a mixture of great detail and enjoyably abstract moments, this little piece of animation is, quite frankly, an absolute joy. Paulo Coelho Paulo Coelho (Portuguese: [ˈpawlu kuˈeʎu]; born August 24, 1947), is a Brazilian lyricist and novelist. He has become one of the most widely read authors in the world today.[citation needed] He is the recipient of numerous international awards, amongst them the Crystal Award by the World Economic Forum. The Alchemist, his most famous novel, has been translated into 67 languages.[1] The author has sold 150 million copies worldwide. Biography[edit] Paulo Coelho was born in Brazil[2] and attended a Jesuit school.

Nelson Mandela Lesson: English Lesson on Nelson Mandela Nelson Mandela was one of the most loved and respected people in the world. For countless reasons he was and remains a huge hero. He was a person from whom we can all learn many lessons. He experienced many things in his nine decades, from being tortured to becoming president of the country he loved. After retiring, he continued to travel the world, helping people and raising awareness of global issues. Nelson was born in 1918 into a South Africa that was divided along black and white racial lines. Animated Short Movies » Life-Changing Arts Movie shorts, or short animations are a unique form of art, which can inspire and enlighten just like any other art form. Sometimes even more so. Here is a selection of inspiring, or for some reason animated short movies, here shown in their original full length. Thanks to all the visitors who have contributed with their detailed suggestions! That is why there are now two pages of great animated shorts!

Whether you’re feeling down, stressed, or just need a kick of inspiration, we’ve got you covered. Take a look at these 60 inspirational quotes that are guaranteed to encourage you and brighten your day. Find your favorite mantra and repeat it to yourself when you need a boost of confidence to get you through the day! Hopefully they’ll make you smile and give thanks, no matter what circumstances you’re facing! 15 Amazing Animated Short films - StumbleUpon We all love short animated films, but creating short film is very hard task. Putting whole story in 5 to 10 minutes is not easy. Can you imagine? Story by Victor Luckerson At Briarwood Christian High School, the boys’ bathrooms smell like blueberries. Many of the Birmingham, Ala., school’s students have taken up electronic cigarettes, which come in a variety of fruity flavors, and they decamp to the restroom to get their necessary nicotine hit between classes.

Selfie This EFL lesson plan is designed around a short film by Matthew Frost starring Kirsten Dunst, and the theme of celebrity selfies. Students discuss meeting famous people, roleplay meeting their hero or heroine, watch a short film and discuss selfies and celebrity selfies. I would ask all teachers who use Film English to consider buying my book Film in Action as the royalties which I receive from sales help to keep the website completely free. Language level: Intermediate (B1) – Advanced (C1) Learner type: Teens and adults Time: 90 minutes Success and fame Introduction This double topic deals with success, something we are all keen to have in our lives and fame, something many of us are not. This lesson was created for Intermediate level students but could be adapted for other levels. Planning a series of different activities on a single theme helps move a class from short idea-building conversations to more involved discussion or debate in which they have more freedom to express themselves and build their spoken confidence.

English Lesson on Madonna Advertisements Advertisements Madonna is one of the most successful singers ever. She exploded onto the music scene in 1983 and has rarely been out of the headlines since. She looks like she’ll continue to wow the world with her songs and performances. This is good news for her millions of fans.