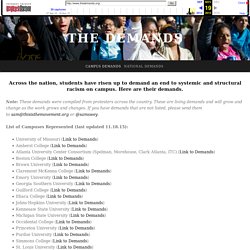 Here are their demands. Note: These demands were compiled from protesters across the country. These are living demands and will grow and change as the work grows and changes. If you have demands that are not listed, please send them to sam@thisisthemovement.org or @samswey. List of Campuses Represented (last updated 11.18.15): #MizzouHungerStrike is what happens when universities disregard black lives. This past Monday morning was the start of a hunger strike for Jonathan Butler, an activist and graduate student at the University of Missouri. 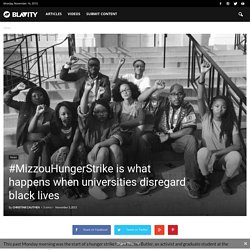 But it was not the beginning of his protests against administration. Butler, also a member of the MU Faculty Council’s race relations committee, sent a letter to the UM System Board of Curators at 8:29 a.m. on Monday, which he later tweeted out to the public. Within the letter, the activist vows to quit consuming food (or anything except for water) despite its impending detriment to his health, until the University President Tim Wolfe is removed from his position or until “my internal organs fail and my life is lost.” Football coach at Mizzou shows support for #ConcernedStudent1950. Racial Discrimination Protests Ignite at Colleges Across the U.S. Students accuse Yale SAE fraternity brother of saying ‘white girls only’ at party door. Yale University (Photo by Christopher Capozziello/Getty Images) 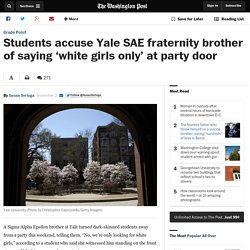 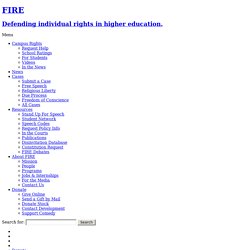 The Halloween Costume Controversy at Yale's Silliman College. Christakis lives at Yale, where he presides over one of its undergraduate colleges. 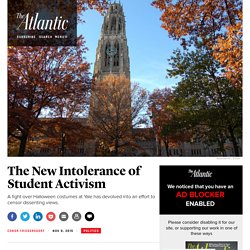 His wife Erika, a lecturer in early childhood education, shares that duty. I’m a Yale student, and this school’s problems with race go much deeper than Halloween costumes. The killings in Paris on Nov. 13 were the second terrorist-inspired attacks to hit the French capital in less than a year. 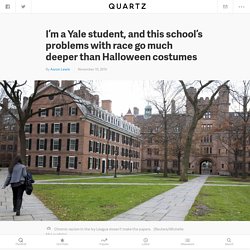 For the City of Light, the images of terror, of deserted neighborhoods, of bloodshed and military police on the streets, are becoming sickeningly familiar. It has also faced a beheading linked to ISIL and a failed train shooting this year. In fact, France has a long history of terrorist attacks on its soil. 22 Campuses Who Spoke in Solidarity with Mizzou & Yale This Week #BlackonCampus. We stand in solidarity with students at Missouri, Yale and all across the country who are boldly making their unapologetic demands for equity, justice, and an education that does not denigrate our identities, heard across dining halls, classrooms, and campus greens. 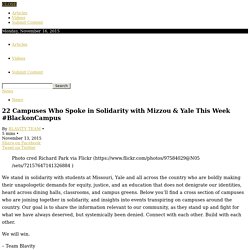 Below you’ll find a cross section of campuses who are joining together in solidarity, and insights into events transpiring on campuses around the country. Our goal is to share the information relevant to our community, as they stand up and fight for what we have always deserved, but systemically been denied. 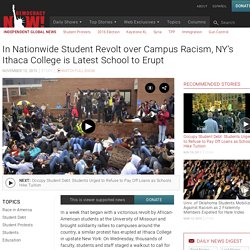 This is viewer supported news Donate In a week that began with a victorious revolt by African-American students at the University of Missouri and brought solidarity rallies to campuses around the country, a similar protest has erupted at Ithaca College in upstate New York. Yale College Dean Torn by Racial Protests. Photo NEW HAVEN — His cellphone started humming at 11:20 p.m. on Thursday. 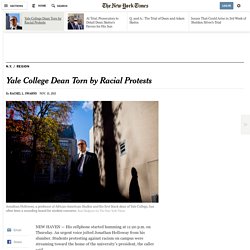 An urgent voice jolted Jonathan Holloway from his slumber. Students protesting against racism on campus were streaming toward the home of the university’s president, the caller said. Dr. Holloway is the first black dean of Yale College, a scholar of African-American history, and an administrator who prides himself on his close ties to his students. Hashtag #BLACKOUTNYU sur Twitter. The Truth of ‘Black Lives Matter’ Photo The and its acolytes in the news media are trying to demonize the protest movement that has sprung up in response to the all-too-common police killings of unarmed African-Americans across the country. 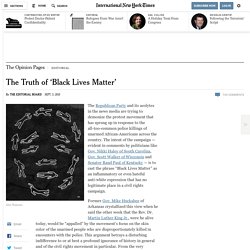 The intent of the campaign — evident in comments by politicians like Gov. Nikki Haley of South Carolina, Gov. Scott Walker of Wisconsin and Senator Rand Paul of Kentucky — is to cast the phrase “Black Lives Matter” as an inflammatory or even hateful anti-white expression that has no legitimate place in a civil rights campaign. Former Gov. The civil rights movement was intended to make Congress and Americans confront the fact that African-Americans were being killed with impunity for offenses like trying to vote, and had the right to life and to equal protection under the law.

The “Black Lives Matter” movement focuses on the fact that black citizens have long been far more likely than whites to die at the hands of the police, and is of a piece with this history. A Crisis Our Universities Deserve. Photo BETWEEN the 19th century and the 1950s, the American university was gradually transformed from an institution intended to transmit knowledge into an institution designed to serve technocracy. The religious premises fell away, the classical curriculums were displaced by specialized majors, the humanities ceded pride of place to technical disciplines, and the professor’s role became more and more about research rather than instruction.

Over this period the university system became increasingly rich and powerful, a center of scientific progress and economic development. But it slowly lost the traditional sense of community, mission, and moral purpose. >> “Say what you want about the tenets of political correctness, Dude, at least it’s an ethos.”