The 14 Characteristics of Fascism, by Lawrence Britt, Spring 2003 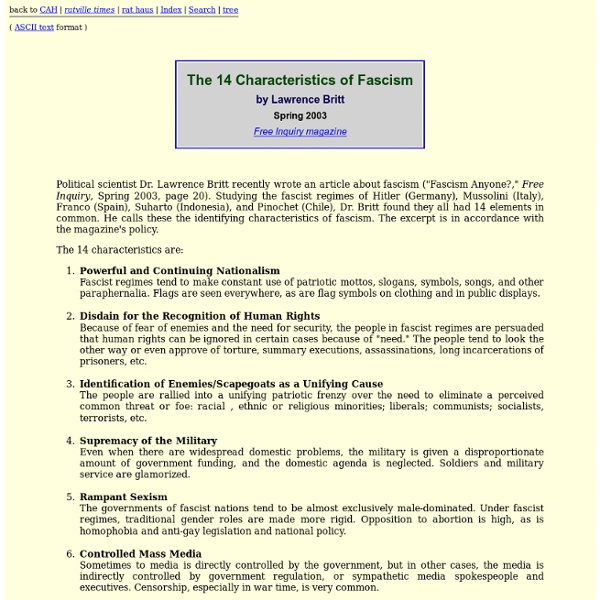 Create an online store with Goodsie. It's professional, stylish and free to start! Farm Wars EQUIPPED TO SURVIVE - Outdoors Gear, Survival Equipment Review & Survival Information Enlightenment - The Experience Festival | Global Oneness untitled The Last Argument of Kings Russian-English Name Cross-Index Russian-English Name Cross-Index by Jonathan J. Kalmakoff Many Doukhobor immigrants to Canada adopted English names in place of, or in addition to, their original Russian names. Sometimes, the adopted name was the English language equivalent of the original name. Often, the adopted name sounded phonetically similar to the original name, coinciding with the first sound or letters. Notes This is not a comprehensive index of all names used by Doukhobors in Russia and Canada.

25 Rules of Disinformation in Anything and Everything 25 Rules of Disinformation Well-funded and highly-organized disinformation operations are in full-swing throughout the internet. From forums to comment boards and even professional websites that have only one purpose: Defame, distract, and destroy the truth. However organized, the tactics are very predictable in a world filled with lies and half-truths. This, sadly, includes every day news media, one of the worst offenders with respect to being a source of disinformation. Disinformation campaigns are launched against those seeking to uncover and expose the truth and/or the conspiracy. Stephen Barrett’s Quackwatch.com and supporters such as skeptic.org.uk and skepticblog.com are examples of websites which promote both synthetic and organic disinformation on almost any topic that does not concur with mainstream thought. There are specific tactics which disinfo artists tend to apply, as H. 1. 2. 3. 4. 6. 7. 8. 14. 16. 17. 19. 20. 21. 22.

Wikipedia, the Source of Disinformation - De-Construct.net Biggest Internet Fraud: Wikipedia Couple of weeks ago independent UK journalist and columnist Neil Clark brought up an important issue most internet users who consider Wikipedia a reliable source of information on a whole range of issues, including history and politics, are entirely unaware of — that Wikipedia is infiltrated by the Western secret services which use it to manipulate truth and prevent the inconvenient facts reaching the wider public, by planting their governments’ official versions of events through Wiki articles. It was Dr. Ludwig De Braeckeleer who first reported about this sobering discovery. Free Press? De Braeckeleer writes: “Conducting false flag operations and planting disinformation in the mainstream media have long belonged to the craft of the spies. Administrator SlimVirgin, a Cover for a Team of Agents Editing Wikipedia Articles Wikipedia-Watch.org went further in unmasking the real person or, rather, a group of people hiding under the SlimVirgin screen name.