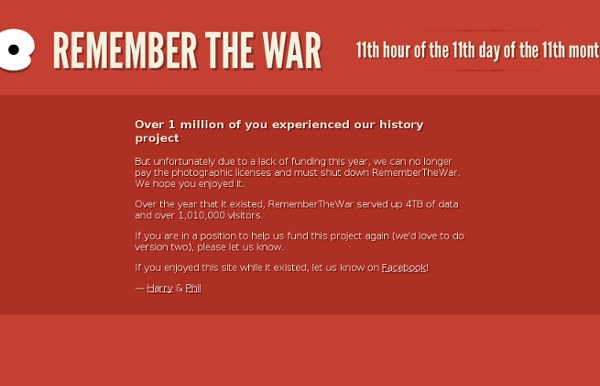 Night Witches A Polikarpov Po-2, similar to the aircraft operated by the Night Witches "Night Witches" is the English translation of Nachthexen, a World War II German nickname (Russian Ночные ведьмы), for the female military aviators of the 588th Night Bomber Regiment, known later as the 46th "Taman" Guards Night Bomber Aviation Regiment, of the Soviet Air Forces. The regiment was formed by Colonel Marina Raskova and led by Major Yevdokia Bershanskaya. The regiment flew harassment bombing and precision bombing missions against the German military from 1942 to the end of the war.[1] At its largest size, it had 40 two-person crews. It flew over 23,000 sorties and is said to have dropped 3,000 tons of bombs. It was the most highly-decorated female unit in the Soviet Air Force, each pilot having flown over 800 missions by the end of the war and twenty-three having been awarded the Hero of the Soviet Union title.

30 Financial Moves Before 30– Ideas Worth Trying January 13, 2011, 6:00 amby:MD Category:Miscellaneous I started reading the Art of Non-Conformity the other day and the idea of the life list/bucket list got me thinking again. I started thinking about my bucket list for what I want to accomplish before I turn 30 (in 7 years). Then I started to get more specific. I started thinking about what I want to accomplish financially before 30. Then I realized that my mind was all over the place. Improve Your Google Search Skills [Infographic] Don’t limit yourself to just plugging in simple search terms to Google; check out this infographic and learn a search string search or two. You don’t need to limit yourself to searching just for simple strings; Google supports all manner of handy search tricks. If you want to search just HowToGeek.com’s archive of XBMC articles, for example, you can plug in site:howtogeek.com XBMC to search our site. Get More Out of Google [HackCollege via Mashable] Jason Fitzpatrick is a warranty-voiding DIYer who spends his days cracking opening cases and wrestling with code so you don't have to. If it can be modded, optimized, repurposed, or torn apart for fun he's interested (and probably already at the workbench taking it apart).

The Truth About Christmas [NSFCWCC] (Not Safe For Christians Who Celebrate Christmas) It’s the most wonderful time of the year! The wonderful holiday season where we all come together and deck the shit out of our halls and jingle all the way. Because if you’re gonna’ jingle why half ass it? You jingle all the way damn it! But most importantly, Christmas is the celebration to mark the birth of the Lord and Savior Jesus Christ.

List of common misconceptions From Wikipedia, the free encyclopedia This incomplete list is not intended to be exhaustive. This list corrects erroneous beliefs that are currently widely held about notable topics. The successful 70-year campaign to convince people the USA and not the USSR beat Hitler In 1945, most French people thought that the Soviet Union deserved the most credit for Nazi Germany's defeat in World War II — even though the Soviets didn't play much of a role in France's liberation, relative to the US and Britain. By 1995 and 2004, however, the French had changed their minds, and were crediting the US as the biggest contributor to victory in Europe: Source: Olivier Berruyer, www.les-crises.fr, via A.X. Ian The French blogger Olivier Berruyer put together the above chart using survey data from the French Institute of Public Opinion. Assessing the "biggest contributor to victory" in a rigorous way is exceptionally difficult.

The Not-So-Rich-Any-More List Even before the financial crisis, the Occupy movement and the new era of austerity, the Sunday Times Rich List was an odd kind of fixture in the media landscape. The annual roll call of the wealthiest 1,000 individuals or families in the UK has always triggered the full range of our ambivalent responses to people with staggering amounts of money: envy, admiration, disdain, awe, and that special flavour of inverse snobbery that stems from being convinced that you've spent your life more meaningfully than the head of the Tetra Pak food-packaging empire, whatever the impact on your bank balance. Now, though, for reasons we all understand, attitudes towards the super-rich are changing: disdain is hardening into anger; ambivalence has been replaced with hostility. Despite a still-weak economy, the collective wealth of the 2011 Rich List increased by £60.2bn on the previous year, and in the 2012 list, which is published tomorrow, that divergence looks set to get larger.

The 101 Most Useful Websites on the Internet Here are the most useful websites on the Internet that will make you smarter, increase productivity and help you learn new skills. These incredibly useful websites solve at least one problem really well. And they all have cool URLs that are easy to memorize thus saving you a trip to Google. Also see: The Best Android Apps Also see: The Best Mac Apps and Utilities Facebook: April 14th 1865 Have you ever wondered what Abe Lincoln’s Facebook posts would have been like, if he used Facebook? No? Me neither, but now I know! What seems like a really silly thought is actually very funny after all. Wylo at Cool Material has somehow uncovered the Facebook history archives, and displayed them for our enjoyment.

Most Fascinating Geological Wonders On Earth Mar 08, 2011 / Category : Misc / 37 Comments This planet we live on offers us beauty beyond words. Every country has its own special region that takes your breath away with the magnificence of it. Why the Peaceful Majority is Irrelevant I used to know a man whose family were German aristocracy prior to World War Two. They owned a number of large industries and estates. I asked him how many German people were true Nazis, and the answer he gave has stuck with me and guided my attitude toward fanaticism ever since. “Very few people were true Nazis” he said, “but, many enjoyed the return of German pride, and many more were too busy to care. I was one of those who just thought the Nazis were a bunch of fools.

Why you should learn to lucid dream If you’ve never experienced it then you may find it hard to understand what lucid dreaming is all about. In fact you may be thoroughly sceptical and dismiss the whole thing as silly nonsense. But I can tell you from personal experience that lucid dreams are very real and something that many millions of people regularly enjoy.

How to win Rock-paper-scissors every time I admit it. When I first heard there are actual tournaments for Rock-paper-scissors, sanctioned by the World Rock Paper Scissors Society, I laughed. I mean seriously, $50k to the winner of a game that requires no skill whatsoever? Absurd. Boy was I wrong. 5 UFO Sightings That Even Non-Crazy People Find Creepy The Washington D.C. UFO Incident Between July 13 and 29, 1952, a series of UFO sightings were reported over Washington D.C. Witnesses would include an Air Force pilot, people on the ground and, in case you're the type to never trusts the testimony of fallible human beings, we have readings from two separate radar stations. The Unsettling Evidence: The first substantiated report came on July 19, when air traffic controller Edward Nugent, of Washington National Airport...