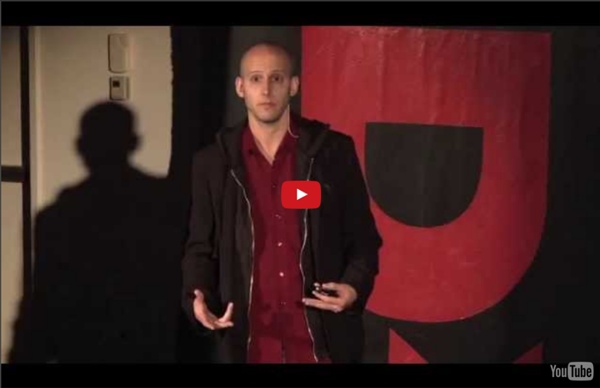 Spiritual Science - DNA is influenced by Words and Frequencies DNA Can Be Influenced And Reprogrammed By Words And Frequencies Russian DNA Discoveries 2005 10 21 By Grazyna Fosar & Franz Bludorf | mayanmajix.com The human DNA is a biological Internet and superior in many aspects to the artificial one. The latest Russian scientific research directly or indirectly explains phenomena such as clairvoyance, intuition, spontaneous and remote acts of healing, self healing, affirmation techniques, unusual light/auras around people (namely spiritual masters), the mind’s influence on weather patterns and much more. In addition, there is evidence for a whole new type of medicine in which DNA can be influenced and reprogrammed by words and frequencies WITHOUT cutting out and replacing single genes. Only 10% of our DNA is being used for building proteins. According to them, our DNA is not only responsible for the construction of our body but also serves as data storage and communication. This, too, was experimentally proven! DeoxyriboNucleic Acid (DNA)

International Network of Engaged Buddhists (INEB) News ..... January 10th 2014 Nagpur, Maharasthtra, India, 9 January 2014 - People beside the road waving Buddhist and Tibetan flags and scattering rose petals over his car... Read more Lotus in the Nuclear Sea: Fukushima and the Promise of Buddhism in the Nuclear Age ed. Jonathan S. Watts, International Buddhist Exchange Center (IBEC), Yokohama, Japan... We had a great successful year in 2013. U Wirathu told: The price for banning 969 songs will be mosque tearing-downs as in Htan Gone INTERVIEW, MYANMAR NEWS NO COMMENTS Jan 29th, 2014M-MediaReported by Soo Htet Radical... Activity . .... Article/Paper/Report ..... Seeds of Peace : A Buddhist Vision for Renewing Society. Joint Press Release by International Network of Engaged Buddhists (INEB) International Movement for a Just World (JUST) November 20, 2013 Towards the Creation of a Fact-Finding Commission on...

Naomi Klein: How science is telling us all to revolt In December 2012, a pink-haired complex systems researcher named Brad Werner made his way through the throng of 24,000 earth and space scientists at the Fall Meeting of the American Geophysical Union, held annually in San Francisco. This year’s conference had some big-name participants, from Ed Stone of Nasa’s Voyager project, explaining a new milestone on the path to interstellar space, to the film-maker James Cameron, discussing his adventures in deep-sea submersibles. But it was Werner’s own session that was attracting much of the buzz. It was titled “Is Earth F**ked?” (full title: “Is Earth F**ked? Dynamical Futility of Global Environmental Management and Possibilities for Sustainability via Direct Action Activism”). Standing at the front of the conference room, the geophysicist from the University of California, San Diego walked the crowd through the advanced computer model he was using to answer that question. There was one dynamic in the model, however, that offered some hope.

Buddhist Global Relief Medical breakthroughs missed because of pointless drug bans In 1632 the Catholic Church convened a case against Galileo on the grounds that his work using the telescope to explore the nature of the heavens contradicted the church’s teaching - the culmination of a long fight that had lasted 16 years. Galileo was put under house arrest and his research stopped. Some of his inquisitors refused even to look down a telescope, believing it to be the work of the devil. With his life under threat, Galileo retracted his claims that the earth moved around the sun and was not the centre of the universe. A ban by the papal Congregation of the Index on all books advocating the Copernican system of planetary motion - which we use today - was not revoked until 1758. Three centuries later we have an equivalent case of scientific censorship. However, another major impact of these laws – restriction of research - has hardly been discussed. A research black hole The ban was largely driven by political concerns. The banning of cannabis was purely political.

BODHI Benevolent Organisation for Development, Health & Insight How to encourage moral behavior. Suppose a high school student cheats on a test. How harshly should a parent or teacher treat this offense? The efficacy of punishment in such situations has been controversial, and a new study sheds some light on the consequences of punitive control in moral matters. When someone behaves immorally, a psychologist would typically say that the individual has not internalized the moral norm; that is, she may profess that an action is morally wrong, but she has not really taken that information to heart. How can a parent or teacher encourage such internalization? Attribution theories have been quite influential in how psychologists think about this matter. Doing so will gain compliance because the child will want to avoid punishment, but the child will not internalize the norm. That theory would predict, then, that once the threat of punishment is removed, these children will engage in the forbidden behavior. But another prediction of the theory is wrong. That's the theory.