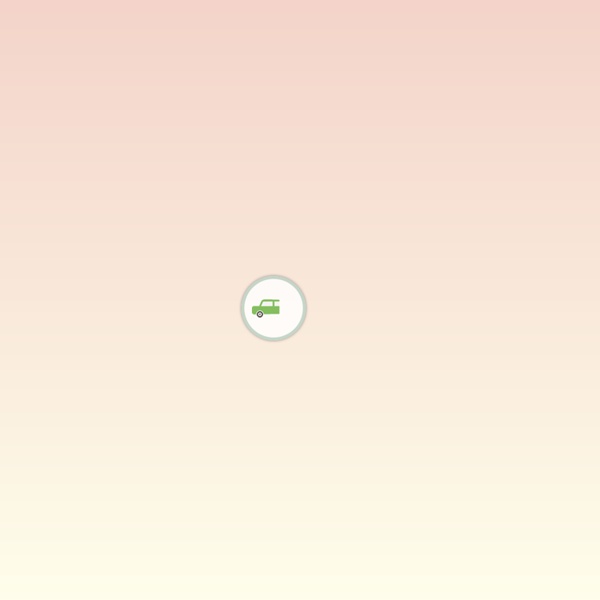 A car used to be the ultimate symbol of freedom and independence but increasingly consumers view ownership as an expense and a burden. Often considered the gateway to other forms of Collaborative Consumption, Car Sharing is becoming increasingly popular with its promise of personal convenience and social improvement. It is time to explore this new age where access is better than ownership. (That’s half the weight of the Golden Gate Bridge!) to see some car sharing options for each country. A fleet of cars is owned by a community.

Prepare for Autonomous Traffic Jams To date, autonomous cars outfitted with technology from Google have driven themselves more than 200,000 miles around California. Folks in Silicon Valley sometimes tease Google for its driverless car obsession, but the end game seems pretty clear to me. Getting millions of drivers to take their hands off their steering wheels would free them up to trawl the Web, perform billions of searches, and see billions of ads. The only larger, untapped market for ads would be if Google could tunnel into your dreams. (Such research, no doubt, is under way.) Car companies have their own autonomous bits and bobs in the works, and we see manifestations of the technology today. The Future of Solar Energy The Future of Solar Harnessing the power of the sun for a sustainable future Historical Energy Consumption Billion kWh 1950 10,145 1960 13,214 1970 19,883 The Past Fossil Fuels Nuclear Renewable (inc, solar) In one hour more sunlight falls on the earth than what is used by the entire population in one year.

Line Up « BrisFest "The PerformersThe Performers troupe come from P.D.M.S.L Dance School in Bristol which has a troupe of 80 dancers aged 4 to adult. The company regularly combine their ages & perform together around the uk in styles such as Street, Hip Hop, Contemporary, Jazz & Musical Theatre. "The Performers" qualified for the over 18's street dance championships in 2013, they are also 2012 southwest division winners of Dance Make Your Move & the Junior squad "Junior Elite" took the 2013 title for the Junior division of Dance Make your Move Southwest." Wireless power could revolutionize highway transportation, researchers say A Stanford University research team has designed a high-efficiency charging system that uses magnetic fields to wirelessly transmit large electric currents between metal coils placed several feet apart. The long-term goal of the research is to develop an all-electric highway that wirelessly charges cars and trucks as they cruise down the road. The new technology has the potential to dramatically increase the driving range of electric vehicles and eventually transform highway travel, according to the researchers. Their results are published in the journal Applied Physics Letters (APL). "Our vision is that you'll be able to drive onto any highway and charge your car," said Shanhui Fan, an associate professor of electrical engineering.

New Inventors: eTool eTool It is a software program and database that uses engineering principles to calculate with a high level of accuracy the carbon footprint of a house throughout its entire lifecycle, from materials and construction, through occupancy to the end of its usefulness and beyond. It will tell you the embodied energy consumption in the materials you choose, as well as the energy efficiency of the house and even calculate the carbon cost of maintenance and repainting during the building’s lifetime. It can calculate and report numerical results for comparative building designs including carbon emissions, energy use, water use, land use and habitat loss, resource use and recyclability. Google-Backed RelayRides Lets Vehicle Owners Rent Cars for Cash RelayRides, a startup backed by Google Inc.’s venture arm and August Capital, is opening up shop in San Francisco today, letting the city’s residents make money from their cars by sharing them with strangers. The company is building on a trial run in Massachusetts, where 50 participants are renting out vehicles to 1,000 borrowers. The concept works like Zipcar Inc. and other services that use the Web to rent cars by the hour, except RelayRides doesn’t have to buy its own fleet. RelayRides started in June, joining the ranks of companies that help consumers turn their possessions into revenue producers. San Francisco-based Getaround Inc. also lets users share their cars, while Airbnb Inc. allows people around the world to rent out spare bedrooms. At the SnapGoods site, users can borrow almost anything -- from a power drill to an ice-cream maker -- by the day.

YouGov Profiler 1. What is YouGov Profiles? This is a free-to-use app to showcase YouGov Profiles, YouGov's new segmentation and media planning tool for agencies and their brands. Subscribers to the professional tool have full access to the YouGov Cube – our connected data vault which holds over 120,000 data points, collected from 190,000 UK YouGov members, updated on a daily basis 365 days a year. Chery's Ant Concept portends an era of platooning - Images Chery's Ant Concept at Auto China in Shanghai Image Gallery (5 images) Chinese carmaker Chery has shown an interesting new concept named the Ant at the Auto China Show in Beijing today. The Ant appears aimed directly at utilizing the intelligent infrastructure proposed by General Motors China in its EN-V concept. View all No details have emerged from the show at this point, but the five images indicate a vehicle designed to platoon with its fellow freeway users and use as little space when parking as possible.

Cradle-to-cradle design Cradle to Cradle design (also referred to as Cradle to Cradle, C2C, cradle 2 cradle, or regenerative design) is a biomimetic approach to the design of products and systems. It models human industry on nature's processes viewing materials as nutrients circulating in healthy, safe metabolisms. It suggests that industry must protect and enrich ecosystems and nature's biological metabolism while also maintaining a safe, productive technical metabolism for the high-quality use and circulation of organic and technical nutrients.[1] Put simply, it is a holistic economic, industrial and social framework that seeks to create systems that are not only efficient but also essentially waste free.[2] The model in its broadest sense is not limited to industrial design and manufacturing; it can be applied to many aspects of human civilization such as urban environments, buildings, economics and social systems. Introduction[edit] Biological and Technical Cycles Biological and technical cycle

French Website Makes Euro-Carpooling A Snap PARIS — Carpooling websites are experiencing a boom in popularity in Europe as commuters, fed up with rail strikes and as concerned about their pocketbooks as their carbon footprints, seek alternative methods of getting from Point A to Point B. In France, the popular site Covoiturage.fr has emerged as the dominant market force, seeing its membership more than double in the last two years. The site was founded in 2004 by Frederic Mazzella, a Stanford University graduate who had been impressed by both the carpool lanes and the pioneering startup spirit of the San Francisco Bay Area. His site, initially popular primarily among students and old-school hitchhikers, has 750,000 registered members and receives 12 million page views a month, accounting for 85 percent of the French carpooling market.

Hyperbole and a Half: Sneaky Hate Spiral Most of the time, I'm pretty even-tempered. Aside from the odd nervous breakdown or caffeine-induced bliss-seizure, I have the emotional variation of sand. However, every once in a great while, I'll lapse into what I like to call a "sneaky hate spiral." The buildup: Forget Segway: Honda introduces new UNI-CUB personal mobility device (w/ Video) Honda Motor today unveiled the new UNI-CUB personal mobility device. Featuring a compact design and comfortable saddle, UNI-CUB offers the same freedom of movement in all directions that a person enjoys while walking. Representing the evolution of the U3-X personal mobility device that Honda announced in 2009, UNI-CUB features Honda's proprietary balance control technology and the world's first omni-directional driving wheel system (Honda Omni Traction Drive System).

What Are the World’s Greenest Cities - Redesign Revolution Hurricane Sandy has come and gone, but its effects on the Northeast continue to haunt many victims. Beyond that, President Obama has even mentioned global warming in his acceptance speech — and even more worrisome, Princeton researchers are warning that climate change will bring more storms like Hurricane Sandy to the New Jersey area. Cause for concern? We think so. It has never been trendier to be concerned about the environment, with a bipartisan call to change current climate change policies .