The Truth About Your Birth Certificate... 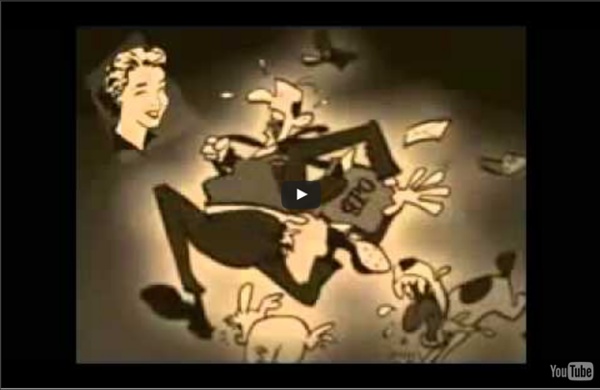 Are You Living in a Constitution Free Zone? December 15, 2006 Using data provided by the U.S. Census Bureau, the ACLU has determined that nearly 2/3 of the entire US population (197.4 million people) live within 100 miles of the US land and coastal borders. The government is assuming extraordinary powers to stop and search individuals within this zone. This is not just about the border: This " Constitution-Free Zone" includes most of the nation's largest metropolitan areas. Birth Certificate Truth Birth Certificate Truth The Uniform Commercial Code (UCC) is one of a number of uniform acts that have been promulgated in conjunction with efforts to harmonize the law of sales and other commercial transactions in all 50 states within the United States of America. The Uniform Commercial Code is looked upon as the bible in the world of business.

WikiIntelNews !! TRIPLE RED LIGHTS FLASHING NEWS ALERT !! WikiIntelNews | May 24, 2015 | The reality of Israel's control over the U.S. and Israel's Involvement in 9/11, proves Israel's authority control over the U.S. Pentagon, which proves that America has been hijacked by Israel; i.e. The House of Rothschild. Rothschild Agents are Israeli Zionist Agents working as U.S. DHS Funded Report: Sovereign Citizens Greatest Threat To U.S. Brandon TurbevilleActivist Post Back in April, 2014, I wrote an article entitled “FBI Visiting Gun Shops To Investigate ‘People Talking About Big Government,” where I reported the fact that FBI Counterterrorism agents were visiting South Carolina gun shops in order to gain information regarding potentially “suspicious” customers. These “suspicious” people were not those suspected of Muslim extremism but Americans who were concerned with big government. The agent who approached the gun shop discussed in my article was actually quoted as saying “If you see some Middle Eastern guy come in.

Iceland Forgives Mortgage Debt for the Population. Putting Bankers and Politicians on "Bench of Accused" This is awesome. It shows when the people DO STAND UP they have more power and win against the corrupt bankers and politicians of a country. Iceland is forgiving and erasing the mortgage debt of the population. Libya And What Really Happened - News From A Parallel World The popular uprising toppled an evil dictator, thanks in no small part to the assistance of N.A.T.O., whose timely intervention averted a terrible slaughter of civilians. Freedom has come to Libya. So good it just about makes me throw up. The police state just got stronger: Supreme Court rules that cops can pull you over even if they only 'believe' you've broken the law © Wikipedia CommonsWATCH OUT: A U.S. Supreme Court ruling has found that officers can initiate traffic stops even if motorists haven’t broken a law. In a ruling handed down by the U.S.

Bernie Sanders Exposes the 26 Billionaires who are Buying the 2012 Election In his new report, America For Sale: A Report on Billionaires Buying the 2012 Election, Sen. Bernie Sanders named names and called out the billionaires who using Citizens United to buy our democracy. In front of a Senate panel today, Sen. Bernie Sanders outed the 26 billionaires who are members of 23 billionaire families that are using Citizens United to buy elections. Recognizing Enslavement 23rd January 2015 By Sue McIntosh, M.D. Guest Writer for Wake Up World “The best slave is the man who believes he is free.” ~ Goethe. Even though evidence of global human enslavement is abundant and striking, people who have been raised in its clutches while being told repetitively they are free are generally unable to appreciate their situation.

Organizing Against Tyranny Brandon SmithActivist Post My work and my thoughts lately have turned toward a now constant focus on the concepts of organization, more in respect to underlying philosophy rather than hard, fast rules and structures. If you are one of the slithering acolytes of political theory elitist Saul Alinsky (and you haven’t felt the inclination to jump face first into the nearest punji pit), then the primary tool of organization for you is to lie, and to lie often. Tricking people into action using false premises, telling people what they want to hear rather than opening their eyes to reality, is perhaps the easiest way to build a movement. Of course, that movement will eventually destroy itself as the lies begin to inhibit progress rather than inspire it.

Why Your Legal Name is Written in All Capital Letters Image credit: flickr.com/photos/oakleyoriginals/16815591988 Your legal name is the name that the government use to identify you. Most of us have been conditioned to think that our legal names are actually who we are. In reality, our legal names are not who we are, because each of us is a man or a woman with a body made of flesh and blood. Names are not real, living, breathing people, but instead are symbols of things (non-beings). In legal term, names are artificial persons which are corporations.