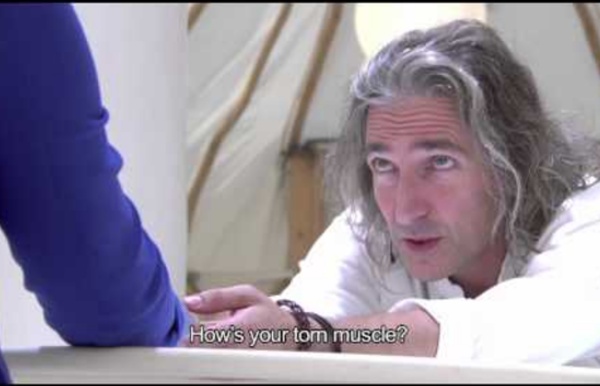 Numbers and the tricks they play - BBC Academy Numbers can be used to tell all sorts of stories. They can help show the scale of a particular problem or issue, illustrating whether it’s big or small. In this short animation you’ll learn: The cyber warrior 'princess' who guards Google Meet Parisa Tabriz, the 31-year-old with perhaps the most enchanted job title in engineering -- "Google Security Princess." Her job is to hack into the most popular web browser on the planet, trying to find flaws in the system before the "black hats" do. Indeed, much like the good and bad witches of the Wizard of Oz, hackers are described as having "white" or "black" hats. To defeat Google's attackers, Tabriz must firstly think like them.

How to turn down an invitation Transcript Man: Oh no! Woman: What is it? Man: “Josh and Henrietta would like to have the pleasure of your company at a drinks party, next Saturday evening...” Big Data For the Future: Unlocking the Predictive Power of the Web We have identified three major steps to bring order to all the textual information we harvest from the net: Structure From unstructured text we extract structured information about Assange: Facebook is an 'appalling spy machine' WikiLeaks founder Julian Assange says Facebook, Google, and Yahoo are actually tools for the U.S. intelligence community. Speaking to Russian news site RT in an interview published yesterday, Assange was especially critical of the world's top social network. He reportedly said that the information Facebook houses is a potential boon for the U.S. government if it tries to build up a dossier on users. "Facebook in particular is the most appalling spying machine that has ever been invented," Assange said in the interview, which was videotaped and published on the site.

Misreporting the science of lab-made organs is unethical, even dangerous I work in the field of bioprinting, where the aim is to build biological tissues by printing living cells into 3D structures. Last month I found my Facebook news feed plastered with an amazing story about “the first 3D printed heart using a patient’s own cells”. A video showed a beautiful, healthy-looking heart apparently materialising inside a vat of pinkish liquid. Big news.

Network Administrators Love Ethical  Hackers Learn why small businesses are protecting their systems by hiring good guy hackers. Like many in the IT and Network Security business, you probably frequent sec-tech subreddits like /r/pwned, /r/netsec, and/or /r/whitehat. I check out these forums regularly in order to stay on top of the latest news and developments around hacks and system vulnerabilities that could affect SherpaDesk (in order to nip them in the bud), so you'll probably understand my surprise and alarm when news of the so-called “Ticket Trick Hack" made it to the top of several tech subreddits. The news of this hack was not only the buzz of Reddit, it was already starting to go viral with articles on well-known industry portals, its popularity fueled by the clever headline: “How I hacked hundreds of companies through their helpdesk”.

You’ve got to have a dream: a free downloadable lesson A free downloadable lesson, based around a Russian advertising video for shampoo. Despite what is aims to sell, the video is actually quite inspiring, with the story of a girl who succeeds against the odds through pure grit and determination. Students start by watching the video and trying to guess what it is trying to advertise (so don’t tell them!).