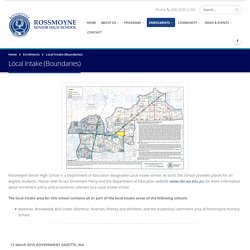 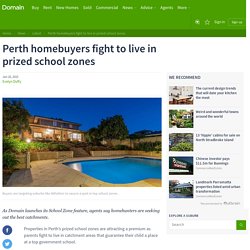 Properties in Perth’s prized school zones are attracting a premium as parents fight to live in catchment areas that guarantee their child a place at a top government school. As children head back to school for the 2015 year, real estate agents report a rising and deliberate willingness among mum and dad buyers to take on higher mortgages to live in the right school zone. Top school zone can boost property value by an extra $165,000.

An RMIT study finds that parents stretched their budgets by an average $164,426 to buy a home in the Balwyn High School zone. 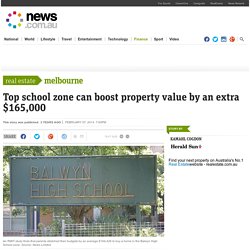 Source: News Limited AN address within the zone of one of Melbourne's top state secondary schools adds almost $165,000 to a home's price tag, research shows. The RMIT study found parents stretched their budgets by an average $164,426 to buy a home in the Balwyn High School zone, while homebuyers in the Camberwell High catchment area paid an average $160,000 extra. Enrolments at these and other top state secondary schools are restricted to permanent residents within a set boundary. The report found parents had a "borderline obsession" to get their children into the best schools. Public vs private: the results are in.

An Australian study tracked more than 4000 primary school aged children as part of a national study examining the benefits of private and public schooling. 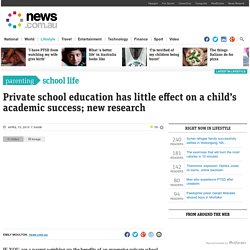 PICTURE: SUPPLIED IF YOU are a parent weighing up the benefits of an expensive private school education over the public school system, take note. It makes no difference. UNDERSTANDING OUR CHRISTIAN HERITAGE Volume 2. Dr. 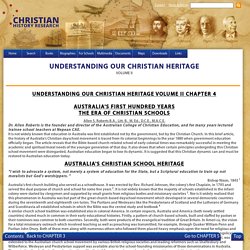 Allen Roberts is the founder and director of the Australian College of Christian Education, and for many years lectured trainee school teachers at Nepean CAE. It is not widely known that education in Australia was first established not by the government, but by the Christian Church. Abraham Kuyper: A Christian Worldview. McKendree R. 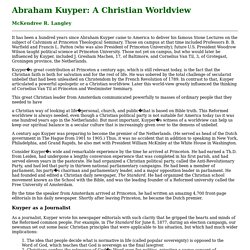