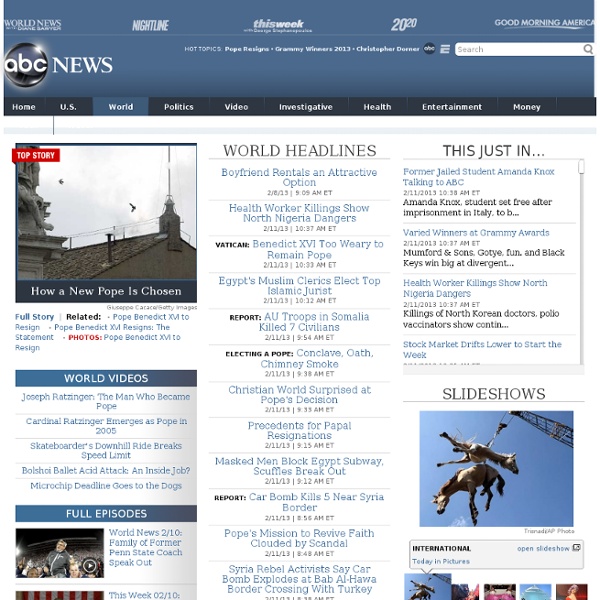 Libya frees 55 Coptic Christians charged with proselytising CAIRO //Fifty-five Egyptian Christians arrested last month in Libya for allegedly seeking to convert Muslims have been freed, while four others are still behind bars, the Egyptian foreign ministry said yesterday. "Our embassy has been assured of the release of 55 people and is actively working to seek the release of four others who are still in detention," the deputy spokesman, Nazih Al Naggary, said. His comments come a day after a human rights lawyer said that one of those jailed had been tortured to death in custody, prompting demonstrators to attack the Libyan embassy in Cairo. Ezzat Hakim Attallah "died after being tortured with other detainees" in the eastern Libyan city of Benghazi, said Naguib Guebrayel, a Coptic Christian lawyer who heads the Egyptian Union for Human Rights watchdog organisation.

& Japanese imperialism threaten China » Around the world The capitalist press is busy speculating on the motives of the People’s Republic of China in setting up an Air Defense Information Zone that covers the Diaoyu Islands in the East China Sea. Some say it was a test of the U.S. government, others that it was a test of the Japanese government. Some say it was an attempt by the PRC to push the U.S. back in that region. Whatever the intentions and expectations of the PRC, these are the wrong questions. The working class and the masses of Asia should be asking different questions.

Suspected H1N1 flu kills 5 in Libya - WORLD Five deaths have been confirmed among the 29 suspected cases of influenza A (H1N1) virus infections in Libya, Health Minister Noor Eddin Dughman told a press conference Tuesday. According to the health ministry, four deaths were reported in the eastern city of Darnah and the other in Zawyia city, some 50 km west of Tripoli. And patients from 10 other suspected cases have been hospitalized in Tripoli. Mohamed Bu Ghalya, director of Libya's communicable diseases center, told Xinhua that symptoms of the infections include severe acute respiratory illness with fever, and some patients even fell into a coma.

4,500 weapons destroyed in controlled demolition The explosive remnants of war destroyed . . .[restrict]had been collected over the last year (Photo: Handicap International) Tripoli, 12 March 2013: Weapons and explosive remnants of war collected by clearance agencies over the last year have been destroyed in a controlled demolition outside Sirte by NGO Handicap International. “It’s satisfying that such a large volume has been destroyed,” said Handicap International’s Technical Advisor Brendan Ramshaw, who prepared the demolition. “Those items no longer pose a threat to the people of Sirte – grenades, projectiles and rockets were reduced to dust,” he added.

Printing: So many secrets in the East China Sea The whole drama is far from being just about a few islets and rocks that China calls Diaoyu and Japan Senkaku, or the crucial access to the precious waters that surround them, harboring untold riches in oil and natural gas; it concerns no less than the future of China as a sea power rivaling the US. It's been a source of endless fascination to follow the game of geopolitical Go being played since China declared an air defense identification zone (ADIZ) in the East China Sea. The spin in the United States is relentless; this was no less than "saber-rattling," a "bellicose" posture and a unilateral "provocation." The meeting last week between Chinese President Xi Jinping and US Vice-President Joe Biden in Beijing may have done nothing to dispel it. This is what the White House says Xi and Biden talked about; Beijing did not release a transcript. Which brings us to the scenario that the original provocation may have been actually Japanese, and not Chinese.

At least 60 dead from alcohol poisoning in Tripoli, ministry says __i18n_ovi.service.map._t46__ __i18n_ovi.service.map._t45__ __i18n_ovi.service.map._t44__ __i18n_ovi.service.map._t43__ Obama’s Libyan War Leads to War on Women in Libya The Iraq War led to numerous media criticisms that George W. Bush destroyed the rights of women in Iraq. But in Libya, the media is keeping a careful distance between Obama and his war and stories like these are being reported without clarification or context. Gunmen storm Tripoli TV station, still holding two people Read in Arabic (بالعربية) Reporters Without Borders condemns yesterday’s attack by gunmen on the Tripoli headquarters of the pro-liberal, privately-owned TV station Al-Assema and voices deep concern about the fate of its owner, Jomaa Al-Osta and its former executive director, Nabil Shebani, who were taken away by the gunmen when they left. Osta and Shebani were among a total of eight people initially kidnapped by the group of gunmen when they overran the TV station yesterday afternoon.

Libya TV channel owner, ex-director freed TRIPOLI, March 8, 2013 (AFP) The owner and former director of a private Libyan television who were seized by gunmen in a raid on the channel’s headquarters were freed on Friday, the station said. Unknown assailants stormed the building of Alassema TV on Thursday, abducting the owner Jomaa Al-Osta and the former executive director Nabil al-Shebani, as well as four members of staff, including journalists and anchors. Alassema announced their release on Friday. Blair knew Libya bigger threat than Iraq WMDs - World Hitherto unseen evidence given to the Chilcot Inquiry by British intelligence has revealed that former British Prime Minister Tony Blair was told that Iraq had, at most, only a trivial amount of weapons of mass destruction (WMD) and that Libya was in this respect a far greater threat. Intelligence officers have disclosed that just the day before Blair went to visit President George W. Bush in April 2002, he accepted this but returned a "changed man" and subsequently ordered the production of dossiers to "find the intelligence" that he wanted to use to justify going to war. This and other secret evidence (given in camera) to the inquiry will, the Independent on Sunday understands, be used as the basis for severe criticism of the former Prime Minister when the Chilcot report is published. This was disclosed in a closed evidence session with one of MI6's most senior officers, named as SIS4.

Libya oil output drops to 150,000 bpd, exports at 80,000 bpd Reuters, Tripoli Wednesday, 4 September 2013 Libya’s oil production has fallen further to around 150,000 barrels per day (bpd), lower than last week’s official estimate of around 250,000 bpd, as protesters continue to cripple the sector, an National Oil Corp official said on Wednesday. Crude oil exports have fallen to around 80,000 bpd, several traders close to the matter said, confined to the offshore Bouri and Al Jurf platforms which export four cargoes a month combined. Brega crude is now heading to the Zawiya refinery in the west. Only three export terminals, Marsa Brega and the Jurf and Bouri platforms, remain open.

Libya: Violent Response to Tripoli Prison Mutiny (Tripoli) – Libyan authorities should conduct an independent investigation into the quelling of a prison protest in which at least 19 inmates sustained gunshot or shrapnel wounds. The protest took place on August 26, 2013, at Tripoli Main Corrections and Rehabilitation Institution, known by its former name al-Roueimy, where around 500 detainees, including five women, were being held. Government and prison authorities and 20 inmates interviewed by Human Rights Watch gave conflicting accounts of what occurred at the facility in Tripoli when a two-day hunger strike by detainees sparked a violent confrontation with guards at the jail.

WikiLeaks cable: Gaddafi funded, trained CPP-NPA rebels warning: Creating default object from empty value in /home/members/phillyimc/sites/phillyimc.org/web/sites/all/modules/mailhandler/mailhandler.module on line 855. by J Malig | 08.21.2012 MANILA, Philippines - Libyan strongman Moammar Gaddafi was a key financier of the Communist Party of the Philippines (CPP) and its military wing, the New People's Army (NPA), according to a US Secretary of State secret cable published by anti-secrecy group WikiLeaks.