Music with a conscience 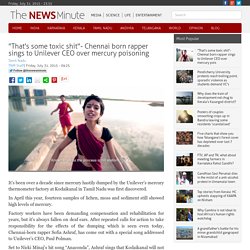 In April this year, fourteen samples of lichen, moss and sediment still showed high levels of mercury. Factory workers have been demanding compensation and rehabilitation for years, but it's always fallen on deaf ears. After repeated calls for action to take responsibility for the effects of the dumping which is seen even today, Chennai-born rapper Sofia Ashraf, has come out with a special song addressed to Unilever’s CEO, Paul Polman. Set to Nicki Minaj’s hit song “Anaconda”, Ashraf sings that Kodaikanal will not back down until Unilever steps up and takes responsibility. The story of their unending woes goes back to 1983, when a mercury thermometer plant owned by Ponds closed down in the United States of America, and was moved to Kodaikanal after protests back home. Read the entire story on the Kodaikanal mercury poisoning. 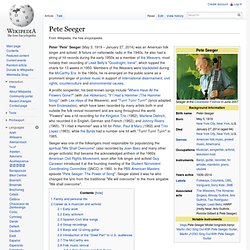 A fixture on nationwide radio in the 1940s, he also had a string of hit records during the early 1950s as a member of the Weavers, most notably their recording of Lead Belly's "Goodnight, Irene", which topped the charts for 13 weeks in 1950. Members of the Weavers were blacklisted during the McCarthy Era. Rebel Diaz. Utah Phillips. Fela Kuti. Moby. Richard Melville Hall (born September 11, 1965),[1] known by his stage name Moby, is an American singer-songwriter, musician, DJ and photographer. 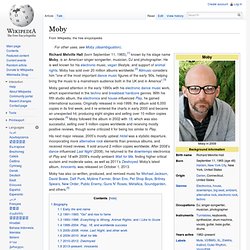 He is well known for his electronic music, vegan lifestyle, and support of animal rights. Moby has sold over 20 million albums worldwide.[2] Allmusic considers him "one of the most important dance music figures of the early '90s, helping bring the music to a mainstream audience both in the UK and in America".[3] Biography[edit] Early life and name[edit] Hall was born in the Harlem neighborhood of New York City, the son of Elizabeth McBride (née Warner), a medical secretary, and James Frederick Hall (deceased), a chemistry professor.[6][7][8] He was raised by his mother in Darien, Connecticut.[9][10] He has released music under the names "Voodoo Child",[12] "Schaumgummi",[13] as a member of the bands Vatican Commandos, AWOL, Caeli Seoul, and Gin Train. 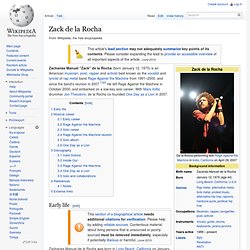 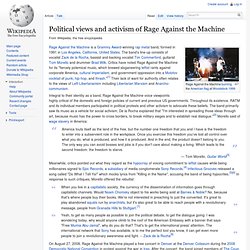 The band's line-up consists of vocalist Zack de la Rocha, bassist and backing vocalist Tim Commerford, guitarist Tom Morello and drummer Brad Wilk. Critics have noted Rage Against the Machine for its "fiercely polemical music, which brewed sloganeering leftist rants against corporate America, cultural imperialism, and government oppression into a Molotov cocktail of punk, hip-hop, and thrash. "[1] Their lack of want for authority often relates to the views of Left-Libertarianism including Libertarian Marxism and Anarcho-communism. 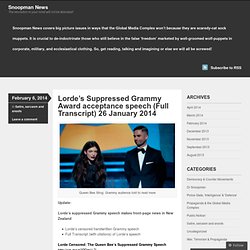 Harry Belafonte. Belafonte was an early supporter of the civil rights movement in the 1950s, and one of Martin Luther King Jr.'s confidants. 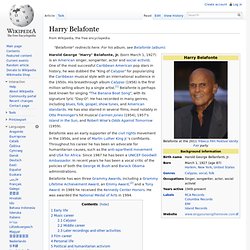 Throughout his career he has been an advocate for humanitarian causes, such as the anti-apartheid movement and USA for Africa. Since 1987 he has been a UNICEF Goodwill Ambassador. In recent years he has been a vocal critic of the policies of both the George W. Bush and Barack Obama administrations. The Juice Media.