Artists with a conscience

Music with a conscience

Beehive Design Collective. Learn to Fight Capitalism at the School of Disobedience. Jani Leinonen, “School of Disobedience” (2015) (courtesy the artist) A forthcoming exhibition in Helsinki will offer visitors an education grounded in disobedience and protest, equipping them with tools and ideas to challenge society’s injustices and fight for change. 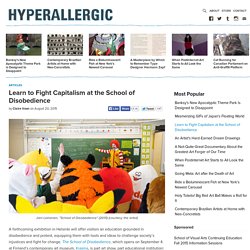 The School of Disobedience, which opens on September 4 at Finland’s contemporary art museum, Kiasma, is part art show, part educational institution: visitors to the museum are treated as students, receiving lessons from the more than 100 works on view or through a series of workshops with curricula that encourage civil disobedience through different media. Conceived by Finnish artist Jani Leinonen, whose own work is very critical of capitalist systems, the school intends to instill in the public — particularly young people — an urgent desire for social justice. 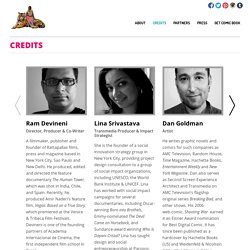 He produced, edited and directed the feature documentary The Human Tower, which was shot in India, Chile, and Spain. Recently, he produced Amir Naderi’s feature film, Vegas: Based on a True Story, which premiered at the Venice & Tribeca Film Festivals. Devineni is one of the founding partners of Academia Internacional de Cinema, the first independent film school in Brazil. Lina SrivastavaTransmedia Producer & Impact Strategist She is the founder of a social innovation strategy group in New York City, providing project design consultation to a group of social impact organizations, including UNESCO, the World Bank Institute & UNICEF. Dan GoldmanArtist. Homeless Homes Project. Combatting Homelessness with Art. Better Out Than In. 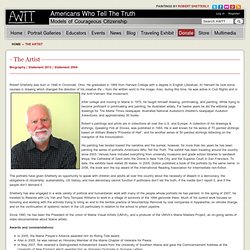 He graduated in 1969 from Harvard College with a degree in English Literature. At Harvard he took some courses in drawing which changed the direction of his creative life -- from the written word to the image. Also, during this time, he was active in Civil Rights and in the Anti-Vietnam War movement. After college and moving to Maine in 1970, he taught himself drawing, printmaking, and painting.

Robert´s paintings and prints are in collections all over the U.S. and Europe. His painting has tended toward the narrative and the surreal, however, for more than ten years he has been painting the series of portraits Americans Who Tell the Truth. Shetterly has also engaged in a wide variety of political and humanitarian work with many of the people whose portraits he has painted. Awards and commendations: In 2005, the Maine People’s Alliance awarded him its Rising Tide award. 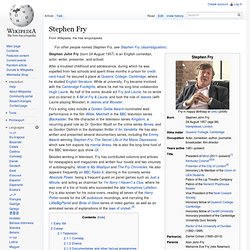 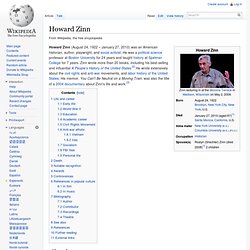 His father, Eddie Zinn, born in Austria-Hungary, emigrated to the U.S. with his brother Samuel before the outbreak of World War I. Howard's mother, Jenny (Rabinowitz) Zinn,[4] emigrated from the Eastern Siberian city of Irkutsk. World War II[edit] On a post-doctoral research mission nine years later, Zinn visited the resort near Bordeaux where he interviewed residents, reviewed municipal documents, and read wartime newspaper clippings at the local library. 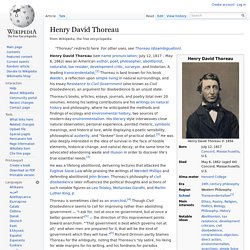 A leading transcendentalist,[2] Thoreau is best known for his book Walden, a reflection upon simple living in natural surroundings, and his essay Resistance to Civil Government (also known as Civil Disobedience), an argument for disobedience to an unjust state. Thoreau's books, articles, essays, journals, and poetry total over 20 volumes. Among his lasting contributions are his writings on natural history and philosophy, where he anticipated the methods and findings of ecology and environmental history, two sources of modern-day environmentalism.