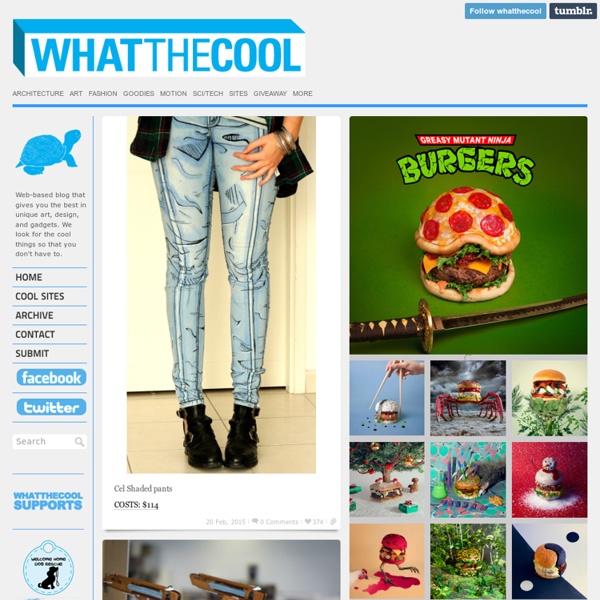 New York City-based photographer Klaus Enrique (previously featured here) created an awesome series of portraits entitled Arcimboldo. The series was inspired by the works of 16th century Italian painter Giuseppe Arcimboldo, who was best known for creating painted representations of people using things like fruits, vegetables, flowers, and fish arranged in such a way that the objects formed recognizable likenesses of his subjects.Klaus Enrique does the same thing, only instead of painting his subjects, he arranges actual pieces of fruit, vegetables, flowers, meat, candy, animals, insects, and more to create his portraits. He began by recreating some of Giuseppe Arcimboldo’s paintings using the same objects depicted in the original paintings. Then he expanded his series to include portraits of modern day figures, both real and fictional, like Ghandi, Princess Diana, Darth Vader, and Frankenstein’s Monster.

John Flaxman John Flaxman R.A. (6 July 1755 – 7 December 1826) was a British sculptor and draughtsman, and a leading figure in British and European Neoclassicism. Early in his career he worked as a modeller for Josiah Wedgwood's pottery. He spent several years in Rome, where he produced his first book illustrations. He was a prolific maker of funerary monuments. Early life and education[edit] He was born in York. 25 Abandoned Yugoslavia Monuments that look like they're from the Future These structures were commissioned by former Yugoslavian president Josip Broz Tito in the 1960s and 70s to commemorate sites where WWII battles took place (like Tjentište, Kozara and Kadinjača), or where concentration camps stood (like Jasenovac and Niš). They were designed by different sculptors (Dušan Džamonja, Vojin Bakić, Miodrag Živković, Jordan and Iskra Grabul, to name a few) and architects (Bogdan Bogdanović, Gradimir Medaković...), conveying powerful visual impact to show the confidence and strength of the Socialist Republic. In the 1980s, these monuments attracted millions of visitors per year, especially young pioneers for their "patriotic education." After the Republic dissolved in early 1990s, they were completely abandoned, and their symbolic meanings were forever lost. Podgarić

The Curious Brain admojis: emojis in advertising Check more of them here A big thanks to Scott for sending this one over A kid´s imagination Ever wondered what children imagine when they play? Enjoy Created by Chris Home - CIMATICS PLATFORM - Audiovisual Festival / art / media / music / technology News Full video report of Video Vortex V We were very happy with the large amount of people attending the latest Video Vortex conference in Brussels. However, for those of you who could not make it, there is a full video report of all presented lectures to be found here. Dingbat Liberation Fest

Francis Leggatt Chantrey Sir Francis Leg(g)att Chantrey (7 April 1781 – 25 November 1841) was an English sculptor. He became the leading portrait sculptor in the Regency era Britain, producing busts and statues of many notable figures of the time.[1] He left the Chantrey Bequest or Chantrey Fund for the purchase of works of art for the nation, which was available from 1878 after the death of his widow. Most of his known work is in the Tate Britain.

Guest Post by Design Shuffle! Sabbe Interior Design (via) We're thinking about Kermit the Frog these days...maybe it is because everywhere we look outside we see bright, bold greens in our gardens and yards. Well, unlike Kermit, we think it's easy being green. RyanAir Sucks - List Of Cheap European Airlines - Never Fly Ryan Air plus alternative list of cheap european airlines "If god had wanted us to fly, he wouldn't have created RyanAir" - David Madison Introduction United Visual Artists United Visual Artists are a multi-disciplinary collective out of the UK who specialize in manipulating the medium of light. In 2011, they redesigned the Coachella main stage as both a platform for performance and a standalone light and sound sculpture with experimental music provided by fellow Creator Mira Calix. Following Coachella, UVA took over the entrance of Nuits sonores' main site, transforming the cubes of their Coachella installation into a completely new artwork. The third iteration of the installation, Room With A View, then traveled to both our 2011 São Paulo and Beijing events. The final interpretation Origin with score by composer Scanner premiered during our 2011 New York event and traveled to our first San Francisco event in March 2012. The Creators Project: How did UVA first begin its splendid attacks on our senses?

Alfred Gilbert The figure of Anteros from the Shaftesbury Memorial in Piccadilly Circus Sir Alfred Gilbert (12 August 1854 – 4 November 1934) was an English sculptor and goldsmith who enthusiastically experimented with metallurgical innovations. He was a central — if idiosyncratic — participant in the New Sculpture movement that invigorated sculpture in Britain at the end of the nineteenth century. Life[edit] bohemian modern style from a san francisco girl - Part 2 instant inspiration. Posted by victoria //// 10 Comments this week’s instant inspiration comes from Freunde von Freunden and their very beautiful instagram feed, @fvonf. if you’ve not visited before, Freunde von Freunden is a digital interview blog delivering a unique glimpse into creatives’ living and workplaces, and one of my personal favorite websites for inspiration — whether it be visually or verbal, their interviews include some of the most interesting people and inspiring artists worldwide. the @fvonf instagram feed is equally as inspiring, offering up a sneak peek inside the homes and studio tours that accompany the fabulous Freunde von Freunden interview series. • all photos courtesy of @fvonf.

The Featured Creature Habitat: common in deep, temperate and equatorial oceanic waters Status: Not Listed Looking at the drawing above, you’re probably thinking it’s from some Hitchhiker’s Guide to the… Read Article → Join me on my hunt for a Spanish Shawl nudibranch! Read Article →