Thriving on Adversity: The Art of Precariousness. Whilst in the expanding global slum survival at subsistance level is increasingly the only option, in the West the celebration of the creativity and ingenuity of the slum dweller is becoming fashionable. 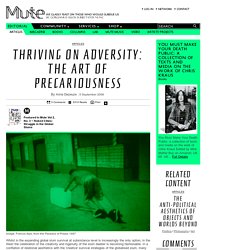 In a conflation of relational aesthetics with the 'creative' survival strategies of the globalised slum, many artists have become associated with what could be called 'slum chic'. Anna Dezeuze surveys a number of artists who draw upon the experience of everyday life in the slums to make their work, and tries to separate out the aestheticisation of poverty from the poverty of aesthetics Walking around the immaculate spaces of the New York Guggenheim, I once came across a roughly built brick shelter, with two pillars and a roof, and a small shack with a large satellite dish. In an adjoining metal structure stood a single functioning toilet. Image: Francis Alÿs, from the series Ambulantes, 1992-2002. Thomas Hirschhorn & Anna Dezeuze - Deleuze Monument - Afterall One Work Series. TEDxMarrakesh - Hans Ulrich Obrist - The Art of Curating. Openwrt:diy [ PIRATEBOX] You can build a PirateBox 1.0 for as little as US$35! 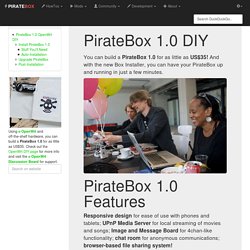 And with the new Box Installer, you can have your PirateBox up and running in just a few minutes. Responsive design for ease of use with phones and tablets; UPnP Media Server for local streaming of movies and songs; Image and Message Board for 4chan-like functionality; chat room for anonymous communications; browser-based file sharing system! About — Image Atlas. Home. Funding. On the Move newsletter - ACTION NEEDED (2 minutes) Securing funding to finance international travels is a big challenge. 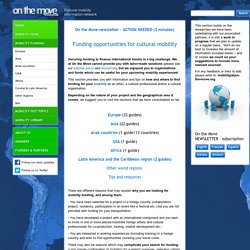 We at On the Move cannot provide you with tailor-made solutions (please see our editorial policy and disclaimer), but we signpost you to organisations and funds which can be useful for your upcoming mobility experiences! This section provides you with information and tips on how and where to find funding for your mobility as an artist, a cultural professional and/or a cultural organisation. Depending on the nature of your project and the geographical area it covers, we suggest you to visit the sections that we have consolidated so far: Europe (33 guides) Asia (22 guides) Arab countries (1 guide/13 countries) USA (1 guide) Africa (1 guide) Latin America and the Caribbean region (2 guides) Other world regions.

Artist Creates Self-Portraits On Different Drugs, And The Results Are Insane (Photos) In what could be considered the craziest/most creative drug experiment ever, artist Bryan Lewis Saunders pushed himself to the limit when he decided to take a different drug every day for a few weeks. 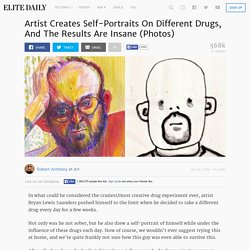 Not only was he not sober, but he also drew a self-portrait of himself while under the influence of these drugs each day. Now of course, we wouldn’t ever suggest trying this at home, and we’re quite frankly not sure how this guy was even able to survive this. After all, there’s no doubt that this takes a toll on your body. IMG 20141023 174318. Unpacking Duchamp. YouTube - Broadcast Yourself. Thomas Hirschhorn. ALL IN THE MIND - THE SECRET TO DRAWING - Discovery/Art/Artist (documentary) The Origin of Cave Images and Paintings - BBC Documentary. Werner Herzog's Masterclass. What is Curation? Postproduction - Nicolas Bourriaud.

The Heist Conference. Inspired by the imaginative potential in relating the warehouse context of the Nova gallery to artists-participants of varying expertise following their diverse fields of work. 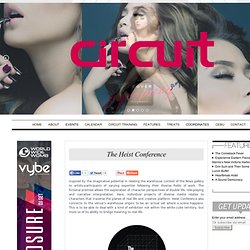 The fictional premise allows the exploration of character perspectives of double life, role-playing and narrative interpretation. Here, individual projects of diverse media relates to characters that traverse the planes of real life and creative platform. Heist Conference also connects to the venue’s warehouse origins to be an actual set where a scene happens. Postproduction. The term postproduction in film and television refers to the work done after principal shooting has taken place. 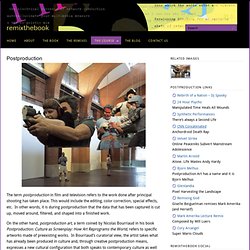 This would include the editing, color correction, special effects, etc. In other words, it is during postproduction that the data that has been captured is cut up, moved around, filtered, and shaped into a finished work. On the other hand, postproduction art, a term coined by Nicolas Bourriaud in his book Postproduction: Culture as Screenplay: How Art Reprograms the World, refers to specific artworks made of preexisting works. In Bourriaud’s curatorial view, the artist takes what has already been produced in culture and, through creative postproduction means, expresses a new cultural configuration that both speaks to contemporary culture as well as the source material that has been remixed. Stephanie Syjuco’s FREE TEXTS: An Open Source Reading Room. We’ll Make Out Better Than Okay at La Esquina includes Stephanie Syjuco’s “FREE TEXTS: An Open Source Reading Room”, featuring a wall of flier take-aways of URLs for free online texts surrounding ideas of intellectual property. 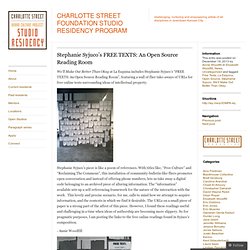 Stephanie Syjuco’s piece is like a poem of references. With titles like, “Free Culture” and “Reclaiming The Commons”, this installation of community-bulletin-like fliers promotes open conversation and instead of offering phone numbers, lets us take away a digital code belonging to an archived piece of alluring information. The “information” available sets up a self-referencing framework for the nature of the interaction with the work. 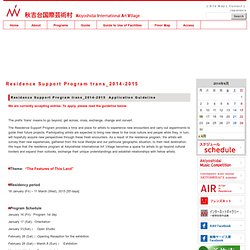 To apply, please read the guideline below. The prefix ‘trans’ means to go beyond, get across, cross, exchange, change and convert. The Residence Support Program provides a time and place for artists to experience new encounters and carry out experiments to guide their future projects. Participating artists are expected to bring new ideas to the local culture and people while they, in turn, will hopefully acquire new perspectives through these fresh encounters. Theme: “The Features of This Land” Residency period 16 January (Fri) – 11 March (Wed), 2015 [55 days] Program Schedule January 16 (Fri): Program 1st day January 17 (Sat): Orientation January 31(Sat)： Open Studio February 28 (Sat)： Opening Reception for the exhibition. 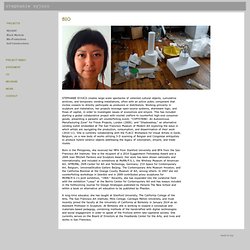 Working primarily in sculpture and installation, her projects leverage open-source systems, shareware logic, and flows of capital, in order to investigate issues of economies and empire. This has included starting a global collaborative project with crochet crafters to counterfeit high-end consumer goods; presenting a parasitic art counterfeiting event, "COPYSTAND: An Autonomous Manufacturing Zone" for Frieze Projects, London (2009); and “Shadowshop,” an alternative vending outlet embedded at The San Francisco Museum of Modern Art exploring the ways in which artists are navigating the production, consumption, and dissemination of their work (2010-11).