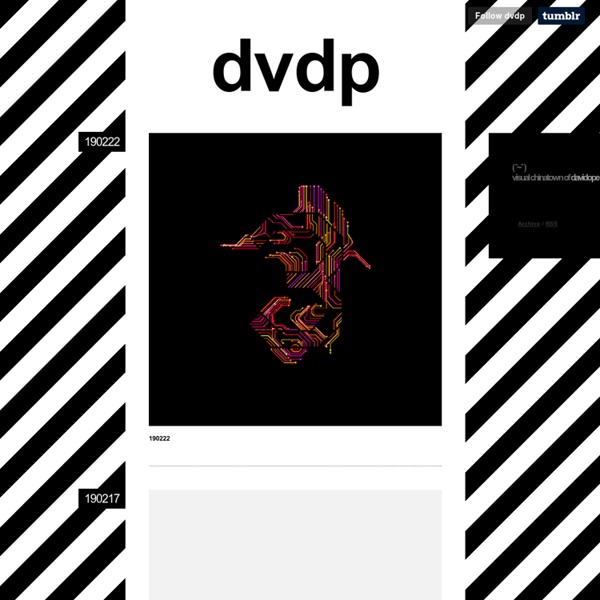 This is 111126. Created by me four years ago. Now I realized it has been deleted from Tumblr. No explanation, not even a dry notification. It’s the second time. The first deleted gif was a loop from a video - legally downloaded from the public media-gallery of NASA. I see tumblr as a great playground.

andrew wilson I recorded a song earlier. Overly sappy as usual. I compiled some random video to it. I started smoking cigarettes again it’s not because I’m addicted Cinemagraph: 28 Still Photos With Subtle Motion - Hongkiat So today we’re going to showcase animated GIF artwork but there are not the regular GIF we use on websites. These are beautiful twist from somehow nasty animated Gif artworks with the use of high quality photos from modern photography, and the pioneer, Jamie Beck and Kevin Burg called it – Cinemagraph. (Image source: From Me To You) Like what you’ve seen in most GIF animation, cinemagraph is a product of still photo with minor elements moving on. It’s nothing impressive on technique but what makes cinemagraph unique is it brings back certain part of the photo to life, thus making the entire photo more realistic, attractive and sometimes even thought-provoking, just like the magical newspaper from the movie Harry Potter. Dozens of photographers have found this technique interesting, so do we.

Manuel Lima His first book Visual Complexity: Mapping patterns of information has been translated into French, Chinese, and Japanese. His latest The Book of Trees: Visualizing Branches of Knowledge, published in April 2014 by Princeton Architectural Press, covers over 800 years of human culture through the lens of the tree figure, from its entrenched roots in religious medieval exegesis to its contemporary, secular digital themes. With more than twelve years of experience designing digital products, Manuel has worked for Codecademy, Microsoft, Nokia, R/GA, and Kontrapunkt. He holds a BFA in Industrial Design and a MFA in Design & Technology from Parsons School of Design. During the course of his MFA program, Manuel worked for Siemens Corporate Research Center, the American Museum of Moving Image, and Parsons Institute for Information Mapping in research projects for the National Geospatial-Intelligence Agency.

Make animated gifs with your webcam The perfect loop Before saving, you can edit the start and end times of your gif by dragging the sliders. Want to curate a page of gifs with friends? Add a #hashtag to your gif's description. You follow? Follow your friends to see their newest gifs in your feed whenever you’re logged in.