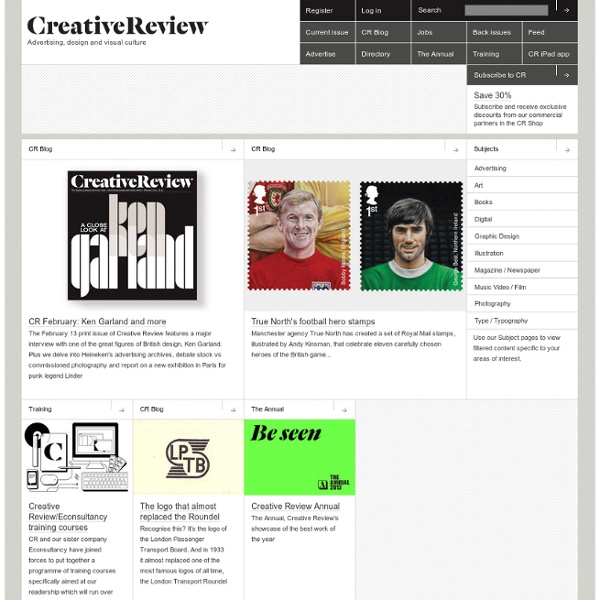 Graphic-ExchanGE - a selection of graphic projects This new deck by Joe White follow the Contraband one. You know Joe and his amazing detailed design as we work together on the (sold out) 2015 edition of the calendar and he designed the front cover. Every single playing card within the High Victorian deck was designed from scratch - even the Aces, Jokers, and court cards exude the grand excess of ornamentation quintessential to the Victorian era. In a word: breathtaking. Antler is a deck designed by Tom Lane, who also creates this year edition of the front cover of the letterpress calendar! I contact Jeff Trish as I love his design of this deck, and I am pleased to say he participates in this year edition of the calendar too! As both Tom Lane and Jeff Trish participate in this year calendar I propose you 2 packs with the calendar (Deluxe or Normal) and their decks.

modern graphic design inspiration blog + vintage graphics resource Pieces of Melbourne I must first say that I have never visited Melbourne (nor Australia for that matter) so any and all opinions about how this identity reference the peculiarities of the city are based on mere speculation and interpretation from afar. But it doesn’t take a local to recognize the progressive personality of the city and the rich visual landscape in which it thrives. Yesterday, Lord Mayor Robert Doyle unveiled a new identity that will represent the City of Melbourne, and provided plenty of rationale behind the new identity replacing a logo designed in the early 1990s. Lord Mayor Robert Doyle announces the new identity. “The ‘M’ design will become an icon for Melbourne, synonymous with the modern, vibrant, cool city Melbourne is today and will continue to be in the future. Various full-color and 1-color iterations of the logo. Thanks to Josh Darvill for first tip.

Allan Peters' Blog | Minneapolis Advertising and Design Telegramme I found a treasure trove of illustration and design this morning over on Telegramme’s site. Go check em out. ... Places Please: A New Kickstarter by David Hartman My buddy David Hartman just Kickstarted a simple geometry focused tableware system. The Target Pinewood Invitational – No Rules What happens when you combine the Pinewood Derby with Target’s 200+ creative force and you give them no rules? Badge Hunting in Wichita Kansas I had a hell of a haul at Hewitt’s in Wichita. Thank You Wichita Wow. Thank You Wow! Stillwater Badge Hunting Last weekend, Maria and I made it out to our CSA to pick up some fresh veggies. The Sh*rt Show My long time friend Nick Smasal hit me up about a party called The Shirt Show happening on October 11th. Come party with the TDC My BFF Sharon Werner hit me up and told me WDW is throwing a little party for the Type Directors club the day before the AIGA National conference. Ty Mattson for Breaking Bad Badge Hunting : Holz Farm, Eagan Erik Herberg