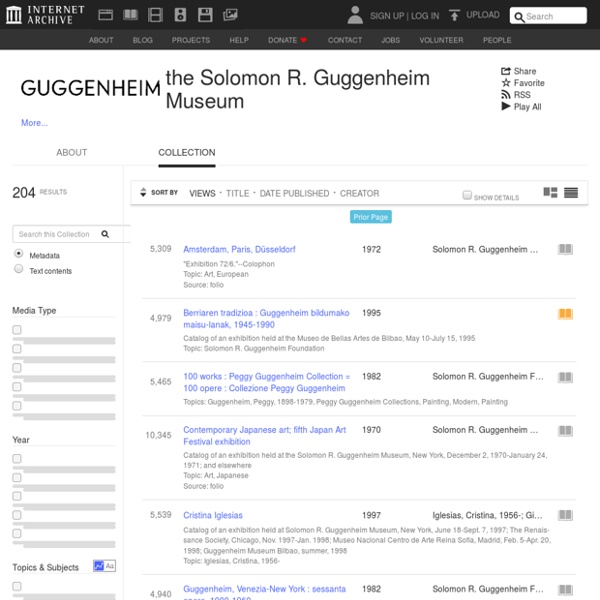 Stik New Mural In London Inspired by the old master paintings in the Dulwich Picture Gallery, British superstar Stik just completed a new mural in Dulwich, South London. Stik painted his version of The Guardian Angel by Marcantonio Francheschini, he will be reinterpreting more of these paintings in his own style on walls and garage doors in Dulwich the week before the Festival. If you are in London, Stik will be leading a walk around his Dulwich pieces on Saturday May 19th at 2.30pm starting at Push Studios, Blackwater Court, Blackwater Street and ending at Dulwich Picture Gallery. Top pic by Jusdeep Incunable Illumination with doodles and drawings (marginalia), including an open-mouthed human profile, with multiple tongues sticking out. Copulata, "De Anima", f. 2a. HMD Collection, WZ 230 M772c 1485 Image of two facing pages from "Phisicorum", fols. 57b and 58a, with doodles and drawings.

Blaschka Invertebrate Models Life and Works of the Blasckhas Before Jacques Cousteau and the aqualung, before Kodachrome and underwater photography - there were the Blaschkas, father and son glassworkers who produced some of the most extraordinary glass objects that have ever been made. Their work has been described as "an artistic marvel in the field of science and a scientific marvel in the field of art."

Universal Everything / Radiohead – Polyfauna An experimental collaboration between Radiohead, Nigel Godrich, Stanley Donwood and Universal Everything The studio was commissioned to develop Polyfauna as a free, exploratory audiovisual app, born out of Radiohead’s The King of Limbs sessions and the sketchbooks of Stanley Donwood. Set to a lunar calendar, the mysterious, immersive app is brought to life through touch and offers a unique and different set of experiences and encounters each time it’s used.

Marfa - Judd Foundation Book A Visit Guided visits to Judd Foundation properties in Marfa offer visitors direct engagement with Donald Judd’s art and vision. Judd’s formerly private living and working spaces provide firsthand experience of Judd’s concept of permanent installation in the Chihuahuan Desert. Ikonen: History's Classic Images, Re-Created in the Studio - Photographs by Jojakim Cortis And Adrian Sonderegger In 2012, Swiss-based artists Jojakim Cortis and Adrian Sonderegger presented themselves with a challenge: to recreate some of the world's most iconic images in their studio. In a bit of self-deprecating irony, they decided to start with the world's most expensive photograph (at the time), Andreas Gursky's Rhein II. After all, the money wasn't coming in for their own work, but at least they could have some fun.

7 Lessons I Learned Turning Classic Literature Into a Student Musical - WeAreTeachers How do you get 7-year-olds excited about ancient history? Is it possible to teach life skills in classic literature? How can a teacher make old lessons feel new again? At our school, the answer to all three questions was turning an eighth-century masterpiece into a surprising student musical. 4 Art Lessons from Bauhaus Master Josef Albers Though he demanded focus, Albers also wanted his students to be absorbed by mundane visual phenomena, whether that be the flash of light when a television turns off, or the movement of color when a tea bag enters hot water. According to Albers, artists needed to have open eyes, sensitive to the lines, forms, and hues that are often overlooked. Drawing the shapes (or “negative spaces”) between objects—whether that be chair legs, milk bottles, or plant leaves—would help students develop this sense of heightened perception. If students focused more on these in-between forms, they would learn to make stronger compositions, and might even become better people. For Albers, art lessons always doubled as life lessons, and he believed that students who cultivated “visual empathy” would also develop social empathy.

Locust Swarm Image, Madagascar October 15, 2014 Photograph by Pete McBride At 16,700 feet and a temperature of minus 20ºF, Jake Norton (right) and Dave Morton eat a quick dinner under moonlight as they prepare to climb the unclimbed Chaukhamba IV looming behind them. Along with photographer Pete McBride, the climbers spent 45 days trekking every mile of the Ganges River. McBride’s source-to-sea expedition, following the length of the Ganges River, was recently featured on our photography blog, Proof. Better Read than Dead: A Visit to the Martha Rosler Library (by Graeme Thomson & Silvia Maglioni, originally published in CLUSTER January 2008) Parisian book-lovers peeved at the frosty reception and draconian security arrangements of the Bibliothèque nationale de France can, for a limited time, take solace in the somewhat cosier nook provided by the Martha Rosler Library, installed in the Galerie Colbert (Institut national d’histoire de l’art) until Jan 20 as part of a travelling exhibition project. The choice of reading matter may not be quite so vast, but visitors are at least free to finger the spines, delve into and even photocopy pages from any of the library’s 7,600-odd volumes, periodicals and catalogues, many out of print, some quite rare, on subjects ranging from Marxist theory to heraldry, cinema to cookery, Situationism to pattern making. The name itself (not Martha Rosler’s library but the Martha Rosler library) gives some indication of the library’s playfully ambiguous status and of the visitor’s uncertain relation to it. Like this: