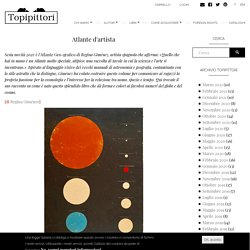 [di Regina Giménez] 2020 - Tau Lewis. WORKS. The Japanese-American Sculptor Who, Despite Persecution, Made Her Mark. By April of that year, with Umakichi already imprisoned in New Mexico, Asawa, her mother and her siblings — with the exception of a younger sister who had been living in Japan on an extended visit, where she would remain throughout the war — had been told to pack up their lives and join the thousands of other Japanese-Americans at Santa Anita, one of two local detention centers, where they were assigned to wait until they received a permanent camp location further inland. 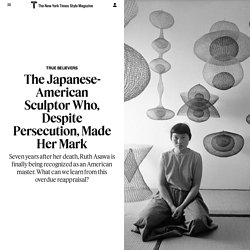 There, they lived in the stables of the converted racetrack. “Hair from the horse[’s] mane & tail were stuck between cracks of the walls. The heat of the summer accentuated the odor of recent tenants,” remembered Asawa. Family units were broken up. Privacy was limited. After five months, the Asawa family was ordered to pack up again, heading now to the bayous of Arkansas and the Rohwer War Relocation Center, where Asawa would live for the next year. 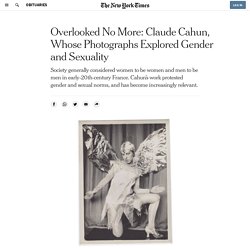 At first, scholars thought of them as self-portraits. But the gathering consensus is that Cahun choreographed and posed for the photos, and that her romantic partner, Marcel Moore, who was born Suzanne Malherbe, often pressed the button. It was a collaboration. Cahun died on Dec. 8, 1954, at age 60, on the tiny Channel Island of Jersey off the Normandy coast of France. Hardly anyone noticed. In the 1990s, however, she received a rush of attention as gender issues were gathering steam around the world. 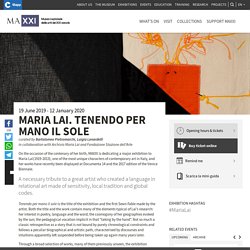 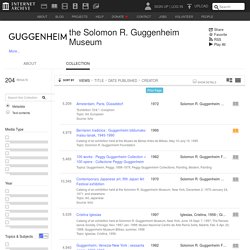 The Infinity for a Polka Dot - Polpettas Mag. Kathy wilkes - Google 検索. Monica Bonvicini. Elisa montessori. Munchmuseet. Edvard Munch. Michael Johansson. Margaux Soland. Junko Oki - Textile artist - Hands On Workshop. 4 Art Lessons from Bauhaus Master Josef Albers. Though he demanded focus, Albers also wanted his students to be absorbed by mundane visual phenomena, whether that be the flash of light when a television turns off, or the movement of color when a tea bag enters hot water. 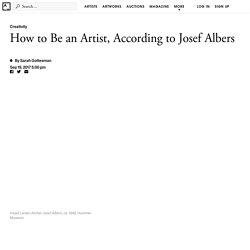 According to Albers, artists needed to have open eyes, sensitive to the lines, forms, and hues that are often overlooked. Drawing the shapes (or “negative spaces”) between objects—whether that be chair legs, milk bottles, or plant leaves—would help students develop this sense of heightened perception. If students focused more on these in-between forms, they would learn to make stronger compositions, and might even become better people. For Albers, art lessons always doubled as life lessons, and he believed that students who cultivated “visual empathy” would also develop social empathy.

“Respect the other material, or color—or your neighbor. In so doing, Albers wanted to rid art and society from hierarchy.