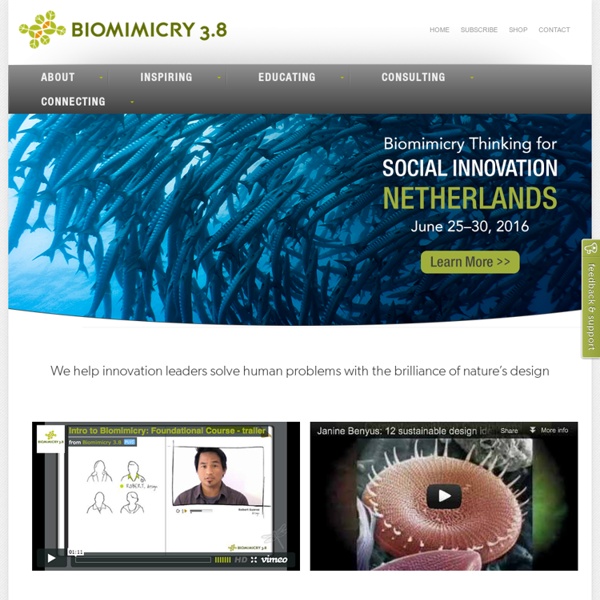 Mobile Apps for Exploring Nature This post appears courtesy of SciStarter, a blog and online resource for citizen scientists. I often get sidetracked after using the W-A-L-K word out loud in front of my dog. Sometimes, I am looking for misplaced sneakers or sunglasses, but today I am downloading a few citizen science apps to my iPhone in hopes of turning our midday walk into an urban naturalist adventure.

BEDTIME STORIES FOR INSOMNIACS Once upon a time there was a little country mouse who lived in a rickety old kitchen cupboard in a ramshackle house belonging to a hard-working farmer and his wife. Needless to say the farmer and his wife were poor. But because they worked hard every day and were able to scrounge together enough to eat, they lived a reasonably contented but low profile life. And the little country mouse led a pleasant life as she enjoyed the beautiful countryside and there were always plenty of crumbs to be gathered after the farmer and his wife ate their simple supper. Now the little country mouse - being a mouse - had of course millions and millions of cousins. Simple, Stylish &amp; Modular: Wood &amp; Glass Coffee Table The best of many worlds, this wood0-and-glass coffee table design by Shige Hasegawa is impressively attractive even at first glance – before you realize how innovative it is in terms of not just style but also sustainability and portability. A series of five identical ‘leaves’ are set together in the shape of an abstract flower. These structural design elements interlock without the need for glue or fasteners – much in the way you overlap the folds on top of a cardboard box to close it, only easier. This makes for an incredibly simple assembly process with very few parts, all of which pack flat for shipping/moving, and almost no labor involved.

Deep ecology Deep ecology is a contemporary ecological and environmental philosophy characterized by its advocacy of the inherent worth of living beings regardless of their instrumental utility to human needs, and advocacy for a radical restructuring of modern human societies in accordance with such ideas. Deep ecology argues that the natural world is a subtle balance of complex inter-relationships in which the existence of organisms is dependent on the existence of others within ecosystems.[1] Human interference with or destruction of the natural world poses a threat therefore not only to humans but to all organisms constituting the natural order. Deep ecology's core principle is the belief that the living environment as a whole should be respected and regarded as having certain inalienable legal rights to live and flourish, independent of their utilitarian instrumental benefits for human use. Principles[edit] These principles can be refined down into three simple propositions: Development[edit]

Synthetic Shark Skin Swimsuits Make Swimming Faster It all began with a dead shark and a $500,000 3-D printer. Two years later, Harvard scientists say that they've managed to replicate one of the most fascinating organs of the animal kingdom in a lab. Their finely-detailed synthetic shark skin could make some of the fastest underwater robots around, and maybe even one day grace human wetsuits or the hulls of ships. Biomimicry 3.8 Institute The Biomimicry 3.8 Institute is a not-for-profit organization that promotes the study and imitation of nature’s remarkably efficient designs, bringing together scientists, engineers, architects and innovators of all ages who can use those models to create sustainable technologies. The Institute was founded in 2006 by science writer and consultant Janine Benyus in response to overwhelming interest in the subject following the publication of her book, Biomimicry: Innovation Inspired by Nature. See Janine’s TED Talk video for her groundbreaking introduction to biomimicry. Today, the Biomimicry 3.8 Institute focuses on three areas: Developing our online database of nature’s solutions, AskNature.org.Hosting our annual, international Biomimicry Student Design Challenge.Growing our Global Network of regional biomimicry practitioners. See examples of biomimicry in action!

25+ Of The Coolest Kitchen Gadgets For Food Lovers “If you can't take the heat, then get out of the kitchen” - these creative kitchen gifts are perfect for those of us who slave away in these hottest of hells to make our friends and loved ones the tastiest of food. When the going gets tough, these tools will bring a smile to the toughest cook's face. If there's a wonderful kitchen gift idea you think we've missed, you can add it to this list and vote for your favorites as well! Show 62 more Add Image Recent submissions to this list

Silent Spring Silent Spring is an environmental science book written by Rachel Carson and published by Houghton Mifflin on September 27, 1962.[1] The book documented the detrimental effects on the environment—particularly on birds—of the indiscriminate use of pesticides. Carson accused the chemical industry of spreading disinformation and public officials of accepting industry claims unquestioningly. In the late 1950s, Carson turned her attention to conservation, especially environmental problems that she believed were caused by synthetic pesticides. The result was Silent Spring (1962), which brought environmental concerns to the American public. 6 Lessons That Businesses Can Learn From Bees We are all investors, whether investing our own talents, our company’s resources, our time and energy as citizens, or our financial assets. And investing, done well, is a creative, engaged endeavor, premised on mutual benefit and mutual exchange, producing something of value to the world. This kind of true investing is more than speculation, more than trading. It’s a high bar to set, and begs the question, where do we go for the best advice? Who has the edge? Aggressive hedge fund managers, the talking heads on television, the Oracle of Omaha, or the Oracle on the tickertape?

Point Loma Nazarene University “Leonardo forms the image of a plant in shapes that emphasize its pattern of growth, implying that the source of change is within matter and not transcendent of it. Leonardo expresses its [Nature's] cosmic operations through its particulars, deriving his understanding of the larger movements from observation of the smaller....” Mary D. Gerard The Da Vinci Index is a comprehensive database of activity occuring over the past decade and moving forward in fields relating to biomimicry and bio-inspiration.

Microsoft Office 365: 15 Amazingly Useful Hidden Features - Business Insider By now you've likely heard that Microsoft has a cloud version of Office, called Office 365, that you pay for on subscription either monthly or annually. Office 365 is a little unusual in that it is cloud software and you install it on your PC, to give you the best of all worlds. As you keep you paying for it, Microsoft automatically adds cool new features. Altneratively, an online-only version is available for free, called Office Online.

Gaia hypothesis The study of planetary habitability is partly based upon extrapolation from knowledge of the Earth's conditions, as the Earth is the only planet currently known to harbour life The Gaia hypothesis, also known as Gaia theory or Gaia principle, proposes that organisms interact with their inorganic surroundings on Earth to form a self-regulating, complex system that contributes to maintaining the conditions for life on the planet. Topics of interest include how the biosphere and the evolution of life forms affect the stability of global temperature, ocean salinity, oxygen in the atmosphere and other environmental variables that affect the habitability of Earth. Introduction[edit] Less accepted versions of the hypothesis claim that changes in the biosphere are brought about through the coordination of living organisms and maintain those conditions through homeostasis. In some versions of Gaia philosophy, all lifeforms are considered part of one single living planetary being called Gaia.