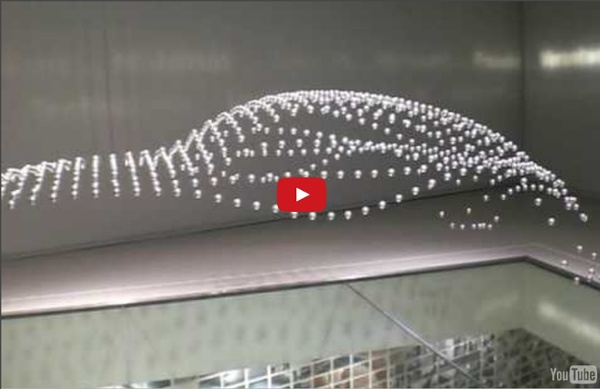 Zachman Framework The Zachman Framework of enterprise architecture The Zachman Framework is not a methodology in that it does not imply any specific method or process for collecting, managing, or using the information that it describes.;[2] rather, it is an Ontology whereby a schema for organizing architectural artifacts (in other words, design documents, specifications, and models) is used to take into account both whom the artifact targets (for example, business owner and builder) and what particular issue (for example, data and functionality) is being addressed.[3] The framework is named after its creator John Zachman, who first developed the concept in the 1980s at IBM. It has been updated several times since.[4] Overview[edit] The term "Zachman Framework" has multiple meanings. Collage of Zachman Frameworks as presented in several books on Enterprise Architecture from 1997 to 2005. The framework is a logical structure for classifying and organizing the descriptive representations of an enterprise.

#sxaesthetic Report from Austin, Texas, on the New Aesthetic panel at SXSW. At SXSW this year, I asked four people to comment on the New Aesthetic, which if you don’t know is an investigation / project / tumblr looking at technologically-enabled novelty in the world. (Previously: the original blog post, the main tumblr, my talk at Web Directions South.) I opened the panel by talking about the origins of NA, in a frustration at retro-ness (the belief that authenticity can only be located in the past)—best encapsulated by Russell’s post here: Every hep shop seems to be full of tweeds and leather and carefully authentic bits of restrained artisinal fashion. I think most of Shoreditch would be wondering around in a leather apron if it could. —as well as a real sense that there were new and extraordinary things and experiences in the world, like the ability to see through satellites, which we should wonder at and explore, but instead reduce to the mundane, like GPS driving directions… And Tom said:

Lynn Margulis and Dorion Sagan - Microbial Microcosm Just how interconnected are we? The work of biologist Lynn Margulis and writer Dorion Sagan indicates we’re interconnected in ways few of us have probably ever considered. In fact, instead of viewing ourselves as the pinnacle of evolution, it may be more accurate to think of ourselves as a colony of closely associated bacteria. Carla Cole based the following on the work of Lynn Margulis and Dorion Sagan, including an article of theirs, The Parts: Power to the Protoctists, which appeared in the September/October 1992 issue of Earthwatch. (See the sidebar for more information on their work.) All life on Earth today derived from common ancestors. Far from leaving microorganisms behind on an evolutionary ladder, we more complex creatures are both surrounded by them and composed of them. Bacteria survived these crises because of special abilities that other life forms lack and that add whole new dimensions to the dynamics of evolution.

Mimivirus Mimivirus is a viral genus containing a single identified species named Acanthamoeba polyphaga mimivirus (APMV). It also refers to a group of phylogenetically related large viruses, designated usually "MimiN."[1] In colloquial speech, APMV is more commonly referred to as just "mimivirus." Mimivirus has a large and complex genome compared with most other viruses. Discovery[edit] The same team that discovered the mimivirus later discovered a slightly larger virus, dubbed the mamavirus, and the Sputnik virophage that infects it.[5] Classification[edit] Mimivirus has been placed into a viral family by the International Committee on Taxonomy of Viruses as a member of the Mimiviridae,[6] and has been placed into Group I of the Baltimore classification system.[7] Although not strictly a method of classification, Mimivirus joins a group of large viruses known as nucleocytoplasmic large DNA viruses (NCLDV). Structure[edit] Genome[edit] Replication[edit] Pathogenicity[edit] See also[edit] References[edit]

corpsenimmersion.overblog.com Networks, Crowds, and Markets: A Book by David Easley and Jon Kleinberg In recent years there has been a growing public fascination with the complex "connectedness" of modern society. This connectedness is found in many incarnations: in the rapid growth of the Internet and the Web, in the ease with which global communication now takes place, and in the ability of news and information as well as epidemics and financial crises to spread around the world with surprising speed and intensity. These are phenomena that involve networks, incentives, and the aggregate behavior of groups of people; they are based on the links that connect us and the ways in which each of our decisions can have subtle consequences for the outcomes of everyone else. Networks, Crowds, and Markets combines different scientific perspectives in its approach to understanding networks and behavior. The book is based on an inter-disciplinary course that we teach at Cornell. The book, like the course, is designed at the introductory undergraduate level with no formal prerequisites.