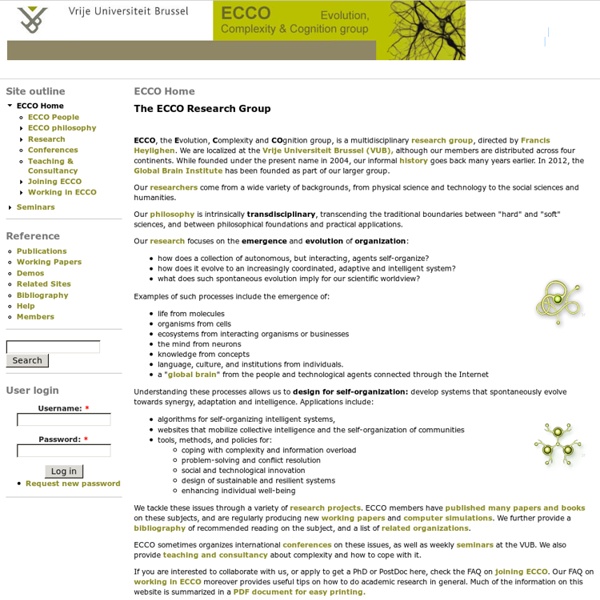 The Singularity Is Near The Singularity Is Near: When Humans Transcend Biology is a 2005 non-fiction book about artificial intelligence and the future of humanity by inventor and futurist Ray Kurzweil. This is his first book to embrace the Singularity as a term, but the ideas contained within are derived from his previous books, the The Age of Spiritual Machines (1999) and The Age of Intelligent Machines (1990). Kurzweil describes his law of accelerating returns which predicts an exponential increase in technologies like computers, genetics, nanotechnology, robotics and artificial intelligence. Kurzweil has been criticized for extrapolating current trends without bounds, when in fact exponential growth often tapers off as resources are exhausted. Content[edit] Exponential growth[edit] Kurzweil characterizes evolution throughout all time as progressing through six epochs, each one building on the next. Computational capacity[edit] Moore's Law The brain[edit] Exponential Growth of Computing The Singularity[edit]

m e t a m o r p h o p t i c s Moore's law Moore's law is the observation that, over the history of computing hardware, the number of transistors on integrated circuits doubles approximately every two years. The law is named after Intel co-founder Gordon E. Moore, who described the trend in his 1965 paper.[1][2][3] His prediction has proven to be accurate, in part because the law is now used in the semiconductor industry to guide long-term planning and to set targets for research and development.[4] The capabilities of many digital electronic devices are strongly linked to Moore's law: processing speed, memory capacity, sensors and even the number and size of pixels in digital cameras.[5] All of these are improving at roughly exponential rates as well. This exponential improvement has dramatically enhanced the impact of digital electronics in nearly every segment of the world economy.[6] Moore's law describes a driving force of technological and social change in the late 20th and early 21st centuries.[7][8] History[edit]

Humanity+ | Technology & the Future A Cosmist Manifesto Butterfly effect In chaos theory, the butterfly effect is the sensitive dependency on initial conditions in which a small change at one place in a deterministic nonlinear system can result in large differences in a later state. The name of the effect, coined by Edward Lorenz, is derived from the theoretical example of a hurricane's formation being contingent on whether or not a distant butterfly had flapped its wings several weeks earlier. Although the butterfly effect may appear to be an unlikely behavior, it is exhibited by very simple systems. For example, a ball placed at the crest of a hill may roll into any surrounding valley depending on, among other things, slight differences in its initial position. History[edit] Chaos theory and the sensitive dependence on initial conditions was described in the literature in a particular case of the three-body problem by Henri Poincaré in 1890.[1] He later proposed that such phenomena could be common, for example, in meteorology. Illustration[edit] , then

Autopoiesis 3D representation of a living cell during the process of mitosis, example of an autopoietic system. The original definition can be found in Autopoiesis and Cognition: the Realization of the Living (1st edition 1973, 2nd 1980): Page 78: - An autopoietic machine is a machine organized (defined as a unity) as a network of processes of production (transformation and destruction) of components which: (i) through their interactions and transformations continuously regenerate and realize the network of processes (relations) that produced them; and (ii) constitute it (the machine) as a concrete unity in space in which they (the components) exist by specifying the topological domain of its realization as such a network. [1] Page 89:- [...] the space defined by an autopoietic system is self-contained and cannot be described by using dimensions that define another space. Meaning[edit] Criticism[edit] See also[edit] Notes and references[edit] Further reading[edit] External links[edit]

Chaos theory A double rod pendulum animation showing chaotic behavior. Starting the pendulum from a slightly different initial condition would result in a completely different trajectory. The double rod pendulum is one of the simplest dynamical systems that has chaotic solutions. Chaos: When the present determines the future, but the approximate present does not approximately determine the future. Chaotic behavior can be observed in many natural systems, such as weather and climate.[6][7] This behavior can be studied through analysis of a chaotic mathematical model, or through analytical techniques such as recurrence plots and Poincaré maps. Introduction[edit] Chaos theory concerns deterministic systems whose behavior can in principle be predicted. Chaotic dynamics[edit] The map defined by x → 4 x (1 – x) and y → x + y mod 1 displays sensitivity to initial conditions. In common usage, "chaos" means "a state of disorder".[9] However, in chaos theory, the term is defined more precisely. where , and , is: .

Self-organization Self-organization occurs in a variety of physical, chemical, biological, robotic, social and cognitive systems. Common examples include crystallization, the emergence of convection patterns in a liquid heated from below, chemical oscillators, swarming in groups of animals, and the way neural networks learn to recognize complex patterns. Overview[edit] The most robust and unambiguous examples[1] of self-organizing systems are from the physics of non-equilibrium processes. Self-organization is also relevant in chemistry, where it has often been taken as being synonymous with self-assembly. Self-organization usually relies on three basic ingredients:[3] Strong dynamical non-linearity, often though not necessarily involving positive and negative feedbackBalance of exploitation and explorationMultiple interactions Principles of self-organization[edit] History of the idea[edit] Sadi Carnot and Rudolf Clausius discovered the Second Law of Thermodynamics in the 19th century. Developing views[edit]

Singularity Sunrise Internet Traffic is now 51% Non-Human So you thought the Internet was made by and for people? Think again. A study by Incapsula, a provider of cloud-based security for web sites (mind you where this data comes from), concludes that 51% of all Internet traffic is generated by non-human sources such as hacking software, scrapers and automated spam mechanisms. While 20% of the 51% non-human traffic is’ good’, the 31% majority of this non-human traffic is potentially malicious. The study is based on data collected from 1,000 websites that utilize Incapsula’s services, and it determined that just 49% of Web traffic is human browsing. 20% is benign non-human search engine traffic, but 31% of all Internet traffic is tied to malicious activities. 19% is from ” ‘spies’ collecting competitive intelligence,” 5% is from automated hacking tools seeking out vulnerabilities, 5% is from scrapers and 2% is from content spammers. Presumably these numbers will only rise. Thanks Bruce.