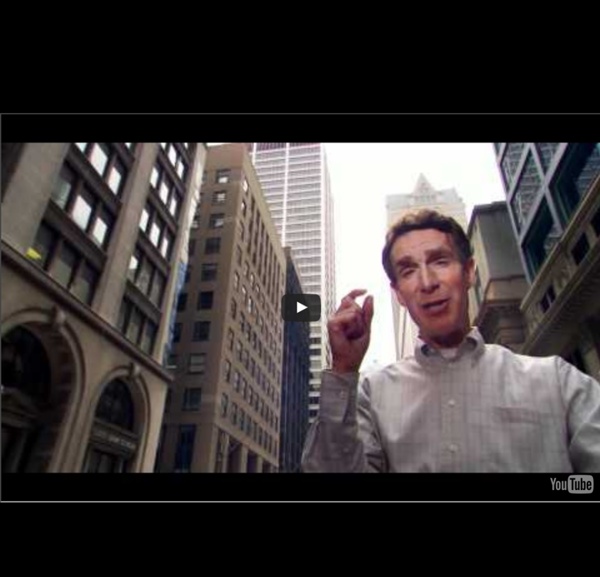 Integral challenges physics beyond Einstein Integral challenges physics beyond Einstein Gamma-ray burst 30 June 2011 ESA’s Integral gamma-ray observatory has provided results that will dramatically affect the search for physics beyond Einstein. It has shown that any underlying quantum ‘graininess’ of space must be at much smaller scales than previously predicted. Einstein’s General Theory of Relativity describes the properties of gravity and assumes that space is a smooth, continuous fabric. One of the great concerns of modern physics is to marry these two concepts into a single theory of quantum gravity. Now, Integral has placed stringent new limits on the size of these quantum ‘grains’ in space, showing them to be much smaller than some quantum gravity ideas would suggest. According to calculations, the tiny grains would affect the way that gamma rays travel through space. High-energy gamma rays should be twisted more than the lower energy ones, and the difference in the polarisation can be used to estimate the size of the grains.

Murray Gell-Mann: Beauty and Elegance in Physics | Heikegani – February 21, 2012Posted in: Physics Gell-Mann. Sunglasses. The all knowing polymath that is Murray Gell-Mann is one of the world’s greatest living geniuses. Plus he does a good line in sunglasses. In this lecture, he discusses the theory that beauty, or simplicity of expression, in physics is not only aesthetically pleasing but is actually a guiding light in our search for knowledge and a good barometer by which to measure how close we are to uncovering underlying thruths about the universe. *He found the word in the line “Three quarks for Muster Mark” in Joyce’s Finnegans Wake. Beauty and Elegance in Physics You May Also Like:

Physicists identify molecules by vibrational signatures Professor Wilson Ho, center, and graduate students Mohammad Rezaei, left, and Barry Stipe show off their "homemade" scanning tunneling microscope in a basement laboratory in Clark Hall. The instrument, enclosed in a vacuum chamber and cooled by liquid helium, is precise enough to resolve parts of molecules. Frank DiMeo/University Photography By Bill Steele Ever since the invention in 1982 of the scanning tunneling microscope (STM), which can see single atoms, scientists have been trying to use the instrument to examine the bonds that hold atoms together in molecules. In a significant advance, a team of Cornell physicists has successfully made a measurement of the frequency at which atoms in a bond are vibrating against each other in a single molecule of acetylene. The experiment by Cornell physics graduate students Barry Stipe and Mohammad Rezaei and Wilson Ho, professor of physics, is described in the June 12 issue of Science.

noether's theorem is a tautology return to homepage by Miles Mathis Noether’s Theorem claims to find a justification for conservation laws in symmetries. As just a sample of how Newton might cut through to the heart of the matter, consider the link found by Noether’s Theorem between time symmetry and the conservation of energy. The connection between spatial symmetry and momentum is equally non-mysterious. If this paper was useful to you in any way, please consider donating a dollar (or more) to the SAVE THE ARTISTS FOUNDATION. Researchers find what may be a new state of matter Think way back to elementary or primary school, somewhere around third-grade physical science, when you first learned about the various states of matter. At the time you were undoubtedly told that there were three states of matter: solid, liquid, and gas. Solid is where the atoms are tightly packed into some arrangement and vibrate in place; liquids have more freedom of motion and vibration, allowing them to take on any bulk shape; gas molecules had near complete freedom of motion and rarely saw another molecule. Quasi-particles About ten years ago the Nobel Prize in physics went to a team for their discovery of what they termed quasi-particles. This idea of quasi-particles clearly intrigued people; Xiao-Gang Wen at MIT and Michael Levin at Harvard University began to look at this in further detail. String-nets A very unusual mineral Further studies into the details of the possible entanglement properties of this material are being undertaken now.

The universe is a string-net liquid New Scientist published an article about string-net theory and unification of light and electrons. The following is my modification of the article trying to make it more accurate. -- Xiao-Gang Wen The universe is a string-net liquid A mysterious green crystal may be challenging our most basic ideas about matter and even space-time itself Zeeya Merali (March 15, 2007) In 1998, just after he won a share of the Nobel prize for physics, Robert Laughlin of Stanford University in California was asked how his discovery of "particles" with fractional charge would affect the lives of ordinary people. Well, people were. The first hint that a new type of matter may exist came in 1982. "The positions of electrons in a FQH state appear random like in a liquid, but they dance around each other in a well organized manner and form a global dancing pattern." Wen suspected that the effect could be an example of a new type of matter. It is as if the electrons are entangled. Light and matter unified

The role of symmetry in fundamental physics The role of symmetry in fundamental physics is reviewed. Until the 20th century principles of symmetry played little conscious role in theoretical physics. The Greeks and others were fascinated by the symmetries of objects and believed that these would be mirrored in the structure of nature. Even Kepler attempted to impose his notions of symmetry on the motion of the planets. This situation changed dramatically in the 20th century beginning with Einstein. With the development of quantum mechanics in the 1920s symmetry principles came to play an even more fundamental role. The Meaning of Symmetry Progress in physics depends on the ability to separate the analysis of a physical phenomenon into two parts. Symmetry principles play an important role with respect to the laws of nature. Classical Symmetries In classical dynamics the consequences of continuous symmetries are most evident using Hamilton’s action principle. Symmetry in Quantum Mechanics Massive representations: M > 0. Gauge Symmetry

Antihydrogen Trapped For 1000 Seconds Antihydrogen is rare in our part of the Universe. Indeed, it was only last year that scientists at CERN’s Antihydrogen Laser Physics Apparatus (ALPHA) managed to trap a significant amount of the stuff for the first time, albeit only 38 antiatoms for just 172 milliseconds. Today, they announce a significant improvement. The news is significant because it makes possible a new set of experiments that should answer some important questions. Most important of these is whether ordinary gravity attracts or repels antimatter. Although there have been many attempts to do this experiment, all have been inconclusive because nobody has been able to trap a good lump of antimatter for long enough to try. All that should soon change.

What Today's Higgs Boson Discovery Really Means The boson series, in short and somewhat muddied recollection of the subject. Please do your own research if you want a fully accurate description, google and wikipedia are great places to start, cassiopea project has a video series on the standard model that explain it pretty well too. The term 'boson' is a concatenation of Bose-Einstein, representing physical properties which are very alien to what we normally observe. Bosons under the standard model are also force carriers, meaning these are what's responsible for the manifestation of the forces we observe in nature. Under the standard model, the mass of a (non-elementary) particle should be proportional to the amount of Higgs bosons present in that particle.

Imaging Breakthrough: See Atomic Bonds Before and After Molecular Reaction | Wired Science For the first time, scientists have visually captured a molecule at single-atom resolution in the act of rearranging its bonds. The images look startlingly similar to the stick diagrams in chemistry textbooks. Until now, scientists were only able to infer molecular structures. Using atomic force microscopy, the individual atomic bonds — each a few ten-millionths of a millimeter long — that connect the carbon molecule’s 26 carbon and 14 hydrogen atoms are clearly visible. The team initially set out to precisely assemble nanostructures made from graphene, a single-layer material in which carbon atoms are arranged in repeating, hexagonal patterns. To document the graphene recipe, Fischer needed a powerful imaging device, and he turned to the atomic force microscope housed in physicist Michael Crommie’s UC Berkeley lab. With it, the team managed to visualize not only the carbon atoms but the bonds between them, created by shared electrons. Go Back to Top.

Eric Weinstein may have found the answer to physics' biggest problems | Marcus du Sautoy | Science Two years ago, a mathematician and physicist whom I've known for more than 20 years arranged to meet me in a bar in New York. What he was about to show me, he explained, were ideas that he'd been working on for the past two decades. As he took me through the equations he had been formulating I began to see emerging before my eyes potential answers for many of the major problems in physics. It was an extremely exciting, daring proposal, but also mathematically so natural that one could not but feel that it smelled right. He has spent the past two years taking me through the ins and outs of his theory and that initial feeling that I was looking at "the answer" has not waned. One of the things that particularly appeals to me about the theory is that symmetry, my own field of research, is a key ingredient. The particles described by the Standard Model – the stuff of nature that is revealed in accelerators such as the Large Hadron Collider – fall into three "generations".