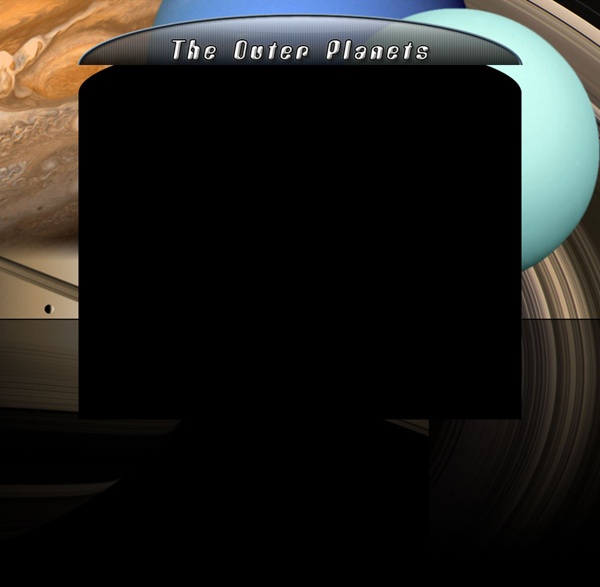 The Outer Planets Image: Jupiter's four biggest moons (from left to right): Ganymede, Callisto, Io, and Europa. “Since, in the long run, every planetary civilization will be endangered by impacts from space, every surviving civilization is obliged to become spacefaring--not because of exploratory or romantic zeal, but for the most practical reason imaginable: staying alive... If our long-term survival is at stake, we have a basic responsibility to our species to venture to other worlds. ” - Carl Sagan Until Voyager reached the outer solar system we knew very little about the planets that inhabited this region of space. What we have discovered over years of exploration has both excited and mystified us. Come explore the science of the outer planets.

Radioactive Decay: The Source of Earth's Internal Heat The Role of Heat in Earth's Interior What spreads the sea floors and moves the continents? What melts iron in the outer core and enables the Earth's magnetic field? Heat. Geologists have used temperature measurements from more than 20,000 boreholes around the world to estimate that some 44 terawatts (44 trillion watts) of heat continually flow from Earth's interior into space. Where does it come from? What's Your Favorite Planet? Distance from sun (avg.): 36 million miles Time it takes to orbit sun: 88 Earth days Size (diameter): 3,032 miles (two-fifths of Earth) Surface Temperature (range): -275 to 840 ºF Number of Moons: 0 Discovered: Known in ancient times Origin of Name: Roman god, the swift messenger Sean Solomon Carnegie Institution of Washington Principal Investigator for NASA's MESSENGER mission, which will reach Mercury in 2011. Mercury is the underdog planet. It's the smallest guy in the neighborhood, and it lives in the roughest part of town—high temperature, strong solar wind. But little Mercury is tough.

Inquiry Curriculum: On Inquiry Science “Science can be introduced to children well or poorly. If poorly, children can be turned away from science; they can develop a lifelong antipathy; they will be in a far worse condition than if they had never been introduced to science at all.” –Isaac Asimov The core philosophy behind inquiry-based, student-centered learning is that students learn best while doing science rather than merely reading about this or that aspect of science.

15 Awesome Chemistry Experiments You don’t need to watch Breaking Bad to know that chemistry is pretty awesome. Below we explore our favorite 15 chemistry GIFs. Melting Metal With Magnets The Science: The copper wire has a significant amount of AC electricity running through it, causing it to act like a really strong electromagnet. In the metal slug, eddy currents form due to the magnetic field the copper wire is causing while the copper wire has high frequency AC flowing through it.

The Pluto Files The Pluto Files PBS Airdate: March 2, 2010 NEIL DEGRASSE TYSON (American Museum of Natural History, Hayden Planetarium): In 1930, a farm boy, with a passion for the universe, notices a tiny dot moving across the night sky. He discovers Pluto, four billion miles from the Sun and cloaked in darkness. Video Stories QUEST TV – Back to the Wild: Wolves, Seeds and Snapshots Track wolves from their prey’s POV, explore seed diversity, and see the Great Plains from a new angle. Also, tag along with a scientist encouraging native bees to pollinate crops. Continue Reading